Those following the unfolding crisis within the CCCU (Coalition of Christian Colleges and Universities) will likely have heard that a second school, Oklahoma Wesleyan University, has now withdrawn–following the lead of Union University, a Southern Baptist institution.

This was not a surprise, since OWU’s president, Everett Piper, has been one of the outspoken voices–expressing his disapproval over the CCCU’s “failure” to act swiftly and decisively in response to a bold change by two member schools, Goshen University and Eastern Mennonite University. Those two schools expanded their anti-discrimination policies to include gay and lesbian persons.

World magazine, which in my observation has (once again, no surprise) been more slanted in its reporting in favor of the conservative reaction, reported Piper as saying:

We believe in missional clarity and view the defense of the biblical definition of marriage as an issue of critical importance,” said Everett Piper, president of the Bartlesville, Okla., school. “The CCCU’s reluctance to make a swift decision sends a message of confusion rather than conviction.

Conservative/fundamentalist Christians do love to harp on about “conviction”; it’s part of their DNA. But this papers over the reality that EMU and Goshen have convictions, too. Those convictions just happen to involve opposite conclusions.

Why is it that a Coalition, with no “faith statement” or creed, gathered around a single mission statement (“To advance the cause of Christ-centered higher education and to help our institutions transform lives by faithfully relating scholarship and service to biblical truth”) cannot allow diversity of opinion (conviction) on a theological issue–however hotly contested it is within these circles?

The answer, I’m guessing, is as much practical as it is theological, “biblical” or even ethical. Contrary to what many people assume, the CCCU is not an accrediting body. One of its more important roles, historically,  is to advocate for the rights of its member colleges to uphold their religious convictions. So, if a primary value of the CCCU is lobbying for religious freedom, then having a diversity represented within its member schools on the most sensitive issue of the day (for these schools) could be seen as undermining the CCCU’s ability to advocate for the conservative positions of its majority membership.
This is likely why, at least from an outside onlooker’s perspective, the expectation seems to be growing within the CCCU that, as a result of all the member presidents’ input, the two institutions now in question (EMU and Goshen) will have their membership reduced to “affiliate status.” If that happens, they would lose their voting rights.

If this were the primary reason for the conflict, then it’s really not so much about theology (or “the gospel,” as has been claimed), but about politics and pragmatics. While this is understandable at one level, at a deeper level it makes me a little bit sad, to be honest.

I’ve previously written about an apparent “retrenchment” in Christian educational institutions toward more fundamentalist/conservative positions. The likely, imminent dis-membering (!) of EMU and Goshen within the CCCU falls in line with that narrative. One could argue (and they do) that it’s the crazy Mennonite schools that are “going rogue,” it’s not the others that are retrenching.

Nonetheless, as these two schools reshape their policies to be more inclusive and more embracing of all persons, on the basis of their Christian convictions not despite them, it’s difficult for me not to see this conflict as yet another expression of fundamentalist anxiety.

Since I am no longer employed by a CCCU school, I’m sure that my plea here will go unnoticed and certainly unheeded. Nonetheless, I hope that when the remaining member presidents meet (via conference call) on Sept. 21 to finally decide their fate, they will consider EMU and Goshen as equally committed to the mission (“advancing Christ-centered education”) and therefore will–against expectations–confirm them as full voting members of the CCCU.

Would this not send a positive message to the students, faculty, staff, trustees, and alumni of all the CCCU schools that diversity of biblical and theological conviction–while centered on the gospel of Christ–is something to be valued, rather than feared?

On the flip side, to punish these schools for embracing a more inclusive approach to gay and lesbians will send a very negative message to the LGBTQ students, staff, and faculty on your own campuses.

Keep EMU and Goshen in the CCCU–for the witness of the gospel, and for Christ’s sake!

Stay in the loop! For more posts and discussions on theology and society, follow Unsystematic Theology on Facebook

September 1, 2015
Does the Cross Perpetuate Suffering? (In the Wrong Hands, Yes)
Next Post 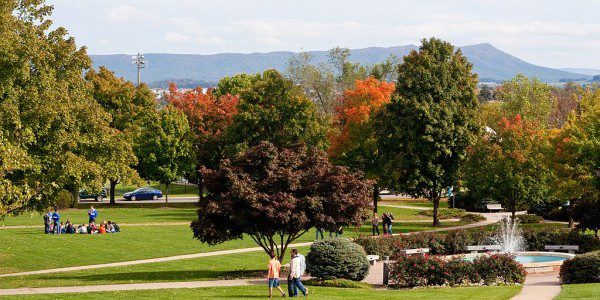 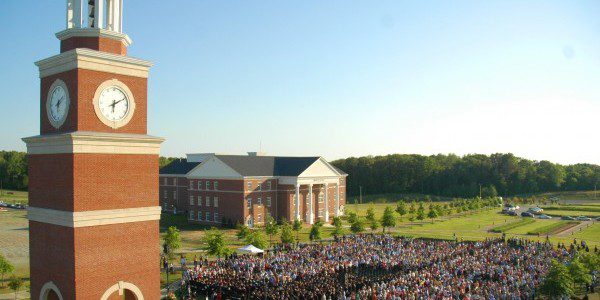 Progressive Christian
Union and Dis-Unity: On the Pullout from the...
Unsystematic Theology