Is there a vocation in seeing?

Not language that most of us use. The words are from a very well-worn book in my library that is hardly still one volume. The binding is still there, sort of. The pages are in order, and yet not held together by anything other than occasional time-worn glue. But it is still a very good book, and I have traveled with it over many miles and years.

All three phrases are in the last chapter of “Habits of the Heart,” still an important book. In the 1980s five professors from the University of California, led by Robert Bellah, decided to reexamine the work of Alexis de Tocqueville in his substantive study of the early years of our republic, “Democracy in America,” done in the early 1800s. So a century-and-a-half later they asked, “How are we doing? What are our habits of heart now?” Especially they were intrigued by the central thesis of Tocqueville’s analysis, i.e. that the genius of “democracy in America” was the way that both the individual and the community were honored. Both mattered. The “me and we” were both important.

We are not doing so well. If a generation ago the social fabric was observably fraying, then it is even more so now. The questions are complex, and the analysis is too.

But 150 years later these professors came to the conclusion that if we are still going to be America, if the experiment is still worth working at, then “a reappropriation of the idea of vocation or calling” is critical to a healthy social ecology. You can imagine that I have read and reread those words, time and again. 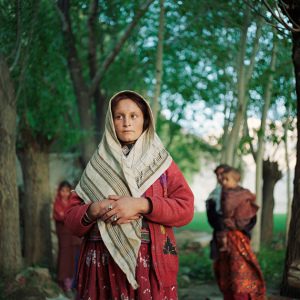 Recently I had a phone interview with a man who is a remarkably gifted photographer. His work finds its way onto the magazine racks of your life, or into the major newspapers of our day. For several days he is leading a group of photographers from all over the country, particularly focused on the work of photography itself. But he wants to draw into their conversation “a reappropriation of the idea of vocation or calling.”

So he asked if I would enter in, talking with his colleagues about their craft and art as a vocation. What might that look like? What might it mean to see one’s work as a calling? Does it make any difference at all? What does it mean to  “see” in a way that implicates the seer, and the ones who see? The photographer, and those who see the world through his lens?

As we talked, one of those on the call said, “I’m intrigued by the idea that photography could be about deepening a kind of responsibility between the viewer and the viewed. Especially that it could be a responsibility marked by love.” I am too, and I am sure that that is what the truest vocations are always exploring, developing relationships and deepening responsibility. What habits of heart are required if I am to see myself as implicated, for love’s sake, in the way the world is and ought to be?

(Photo by Ben Rasmussen who is the photographer who drew me in. For more on him, see this:http://artinlove.wordpress.com/2012/04/13/ben-rasmussens-photography/)

January 17, 2014
The sacramental character of our callings
Next Post

February 1, 2014 The way the world turns out
Recent Comments
0 | Leave a Comment
Browse Our Archives
get the latest from
Best of Patheos
Sign up for our newsletter
POPULAR AT PATHEOS Faith and Work
1

Christian Citizens Are Called to Care...
(re)integrate
Related posts from Visions of Vocation