For the sake of the world: A Lenten mediation 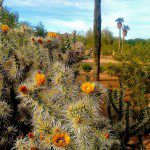 “Is it possible to live in Washington DC, and have a contemplative life?”

Some years ago now I was asked that question by an organization here that is committed to addressing a very complex social problem, wondering if I would answer it for their staff. It is a good question, a hard question, and any answer I offered would be partial and proximate. In a city of great busyness, in a city that prides itself in its busyness, to find quiet and to be quiet is unusual– even more so to make the choices required for a true deepening of heart and mind.

I thought of all this again as I flew out to the desert on the first day of Lent. My pilgrimage was not to a cave in the mountains, with days of solitary contemplation ahead, but something much more urban, engaged, and immediate—in fact, right in the middle of the city of Phoenix.

We are involved in a year-long learning community, a cohort of 15 churches from across America that want to work to change the paradigm of the meaning of vocation for the missio Dei,and this was the first of our gatherings. I was asked to begin the retreat with a meditation on learning to see ourselves as implicated in and by and for the world. While I could have drawn on a thousand other sources, I brought with me The Desert Fathers: Sayings of the Early Christian Monks, a Penguin Classic. The desert part was right, but would there be anything here from these almost 2000 years-old sayings for this very 21-st century audience of people passionately pursuing the meaning of vocation for the modern world?

The collection represents the hard-won wisdom of men and women who left their own cities and took up lives of contemplation in the quiet of caves in the mountains of Syria, Palestine, and Egypt. Like most whom I know, they found the world a hard place in which to live. And while I am not finally persuaded by their decision to forsake the world for the sake of the world, I don’t despise the choice. The seriousness of their disciplines intrigues me, scrupulously attentive as they were to guarding their hearts in hope that God would remember in mercy their time and place in history. 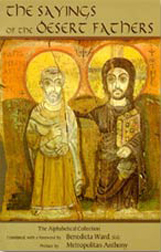 One writer said this about them, “These are they by whom the world is kept in being.” We could have a long conversation about that, but the words are not trivial. The longer I live the more sure I am that I don’t understand very much about things that matter, seeing through a glass darkly as I do. I want to, sometimes I even long to, but I don’t.

It is hard enough to be honest about our keeping our own hearts. How do we? How do we not fall prey to the age-old temptation, “gaining the world but losing our souls”? These are complex questions for anyone who is honest.

What is most impressive is the way that they understood the heart as the center of all that is most human and most holy. A deeply Hebraic insight, made flesh in the gospels, as sons of Adam and daughters of Eve we live in and out of our hearts– which is why we are called to guard them above everything else. And guarding the heart was what mattered most to the desert fathers and mothers, for the sake of the world.

Two of these contemplatives were Antony and Matrona, a man and a woman. We know very little about their lives, but their visions and wisdom have been passed on for hundreds of years now— and they are still teaching us.

“He who sits alone and is quiet has escaped from three wars: hearing, speaking, seeing. But there is one thing against which he must continually fight: his own heart.” (Antony)

“Many solitaries living in the desert have been lost because they lived like people in the world. It is better to live like people in a crowd and want to live a solitary life than to live in solitude and be longing all the time for company.” (Matrona)

There is so much that could be drawn on from these two and from the host of others over the centuries whose lives form this tradition. What is obvious in even these small windows is that they were aware of the tension of living lives of faith, hope and love, wanting holy lives and yearning for holy places where “worldly friction” would be less than it is in the Washington DCs of every century and culture.

In Michael O’Brien’s novel, The Father’s Tale, a story that threads its way through the longings of a father for his son—a 1000 pages of a prodigal son in the 21st-century –there is an interchange between the father and his priest, over the meaning of silence. “Silence is silence,” the father argues. The priest responds, “I think there is a good kind of silence and a bad kind of silence.” In the holy and unholy rhythms of our lives, we all long for the good kind, don’t we? Like the men and women from centuries ago, we too find “worldly friction” to be more than we can bear. Sometimes and some days it all just seems overwhelming. What do we do?

Like for each of us, these sainted people saw their lives as callings, responding to the voice of God as they understood their responsibility to their time and place—and they chose to be contemplatives in the desert. Most of us can’t. Instead, we live hearing, speaking and seeing; any other life seems impossible. And the truth is that it is to the world itself that we are called, taking up the challenge of sanctification in the face of the ordinary tensions and troubles of daily living. But the challenge of forming habits of heart that deepen our hearts is perennial, running across the generations, and is as difficult in our day as it was in theirs.

And it is specially so during these days of Lent, when we are invited to remember to remember the truest truths about God and ourselves, and what it is to live in but not of the world—being scrupulously attentive ourselves to the state of our hearts. The reading we do, the fasting we take up, the choices for and against that mark these days before Easter. In their different ways they are meant to deepen our discernment, forming habits of heart that make us more responsive to God and to the world, which is the very reason for Lent.

Some questions are worth keeping at, and I am still thinking about the one asked me years ago. Is it possible to have contemplative lives amidst the crowds, in the middle of the busy places of this world? Or do we have to leave the world for the sake of the world? The answer of the early monks doesn’t fully satisfy me, but that they wrestled as they did instructs me—wanting as I do for my loves and longings to be about things that matter, for my sake, for God’s sake and for the sake of the world.

From the Washington Institute for Faith, Vocation, and Culture.

"Is this not Joseph's son, the...
MISSION:WORK
Related posts from Visions of Vocation 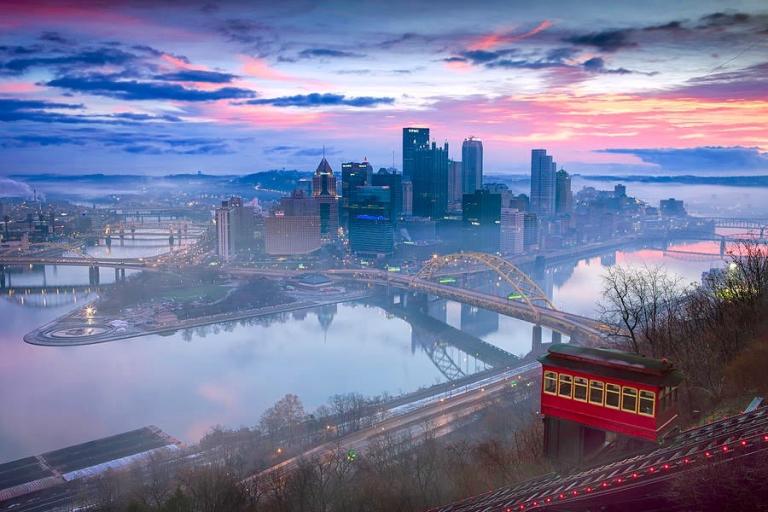 Faith and Work
Scrooge's Question to Us
Visions of Vocation 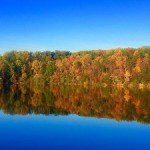