Knowing what you know, what are you going to do?

Over the years I have read and reread [Walker] Percy’s work, dwelling in his vision of learning and life. He is, after all, the one who wrote that “it is possible to get all A’s and still flunk life.” An observation about the human condition from his novel The Second Coming, the second of two novels about Will Barrett, his words are a warning about the temptation that lurks around the corner of everyone’s heart— to believe that competence can be separated from character, that excellence can be defined in merely academic terms without a corresponding concern for the kind of people we are. Do we have eyes to see what is really important? What really matters?

He is also the one who offered the timeless wisdom about books and the truth of the human condition that I have taken all over the world. From conversations with artists of all sorts in the New Yorks, Nashvilles and LAs of this life, to lectures in countless universities, I have drawn on Percy’s insight, time and again. It is one of the truest truths of the universe. His wisdom was hard won.

Born into a country-club lifestyle in Birmingham, Alabama, generations of Percys were colonels and senators, owners of land and newspapers, the gentry of the Old South. But at age ten, his father committed suicide—as had his grandfather in the previous generation. No scandals loomed, no notoriety was about to be exposed; rather , it was a uniquely Percy legacy. Neither his father nor his grandfather could figure out how to live with their melancholy and sadness. Walker was the oldest of three brothers. His mother first took them to live in her family home in Athens, Georgia, and a year later to the Percy family home in Greenville, Mississippi , where the boys grew up. Five years after his father’s death, Walker’s mother died in a strange accident. She drove off a levee outside of town and drowned. N 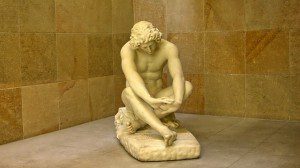 o one ever knew what happened, and for Walker the not knowing only added to the plagues of his young life. Did she want to die? Did she too not care about me? What really happened? Am I fated to kill myself someday?

Walker’s Uncle Will raised the boys, offering them a safe home and an intriguing window into Southern culture. A lawyer and farmer, he was also a writer, and he entertained other writers like William Faulkner in the years that the Percy boys were in his home. Walker made a very conscious decision in those years to begin thinking in certain definite ways; he was forming a way of seeing the world, a task common to every adolescent. What did he believe, and why? If people could not be trusted, what could be? In the 1930s, that one thing was science and the promise of indubitable certainty. A person could trust science because its questions and answers were sure.

So with surprising determination, he began planning for a career in science; he would become a physician, but not a family doctor as that involved too much interaction with people. He wanted to become a pathologist, a scientist-physician. First he went to the University of North Carolina as a pre-med student, then to Columbia University’s medical school. While he flourished in the city and in his studies, before his work was done he contracted tuberculosis. First it was, “Take a year off to get better, and then come back.” But a year later, the TB remained and he was told that he would have to leave medicine, even the work of a scientist-physician. For the third time, he suffered a profound loss— first his parents, then his carefully chosen career. All lost. The next years could be perhaps best described as “lost in the cosmos,” to use the title of his collection of essays. He wandered, and wondered, not knowing what to do.

Reading the existentialist philosophers of the mid-twentieth century, he began to see his own struggles within the larger story of alienation, interestingly a term used by both the Marxists and the existentialists to make sense of life in the modern world. Along the way, principally in conversations with good friends, he was drawn to mere Christianity, to the gospel of the kingdom which was strange good news for someone like him who longed for something to believe about life and the world that could make sense of his life in the world. Percy began to write, mostly philosophical essays on the meaning of language. No one wanted to read his work. But he kept at it, and at age forty-five submitted the manuscript for The Moviegoer to a New York publisher.

Before the year was out, he had won the National Book Award for fiction. His subsequent novels each in their own way explored the same themes of identity and modernity, hopes and fears, longing and loss. Often apocalyptically named— The Last Gentleman, The Second Coming, Love in the Ruins, The Thanatos Syndrome—his characters were always wrestling with alienation from God and the world, so much so that the New York reviewers decided that Percy was “the American Camus.” While honoring Camus’s work and understanding his despair better than most, Percy resisted this identification with the famous philosopher-novelist, saying, “But I always want some hint of hope in my writing.”

What the literati saw in Percy’s work was his unflinching willingness to look at sorrow and anguish and not blink. Eyes that see, yes— but what do we see? He was not a romantic— that was not a possibility. Rather he was a realist to the core. What the reviewers missed was his deeply rooted commitment to seeing human beings as “pilgrims in the ruins,” that we are glories and shames at the same time. He was not fooled by the optimism of the optimistic humanists, but at the same time he did not make a final peace with the pessimistic humanists either. His anthropological vision was more nuanced, more grounded in the truth about the human condition, and it gave him a place from which to see and hear the world that brought him a loyal reading and literary acclaim. 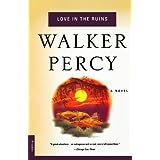 “But I always want some hint of hope in my writing.” What did he mean? And why did it matter? Honest readers of Percy’s work acknowledge that he was painstakingly honest about the sorrows that are ours as human beings, and his hints of hope were never more than that. Some of his stories are very hard to read, so full of anguish as they are— Lancelot stands out as an example. Every one of his novels is about someone who has lost his way and is struggling to find a way out. In one essay, he maintains that this is also true of the people we meet in the Gospels. But never do we meet someone for whom the end of the story is one happy day after another, as if the struggle to find a way out can be finally done in this life. We are always pilgrims in the ruins. There is one great question in his work: “Knowing what you know about yourself and the world, what are you going to do?”

May 27, 2015 I feel numb
Recent Comments
0 | Leave a Comment
Browse Our Archives
get the latest from
Best of Patheos
Sign up for our newsletter
POPULAR AT PATHEOS Faith and Work
1

Stephen the deacon was martyred by...
Charting Church Leadership
Related posts from Visions of Vocation