Merry Yule everybody! Let us celebrate the Unconquered Sun, and the unquenched flame in each and every one.

If you are asked what is the most Pagan of festivals, you might think of your favorite sabbat – Beltane or Samhain, Lammas, or the hopeful season of Imbolc. But maybe the most Pagan festival is that of Midwinter, the Winter Solstice, when the whole hemisphere is looking for the turning of the year, the rebirth of the sun, the time of promise when we see the signs of the sun’s return. Seasonal festivals celebrate significant points in the seasonal and astronomical cycles when we are aware of change. The buds come and we celebrate spring and the rebirth of vegetation and animal life that allows human beings to sustain themselves. Dark nights draw in bringing cold and illness and increased mortality, and we celebrate Samhain the festival of death. These were probably some of the earliest of human celebrations.

Once our ancestors learned to observe the heavens, it was possible to record the exact movement of the sun’s position in the sky and to set up standing stones and other markers on the landscape so we could know when the changes would come and could assemble to honor and celebrate the solar festivals. Winter Solstice celebrates changes in the heavens and the world outside, but it is a time when psychologically we feel the urge to gather indoors, to huddle with others for warmth, to share precious fuel resources, and to make the long nights bearable with feasting and song and dance. We may have electric lighting and central heating but the instinct remains the same.  These celebrations are instinctual and age-old and not specific to one faith or another. They can transcend differences of creed. Over the centuries, Christianity condemned Yuletide celebrations as profane, Pagan, sensual and not in keeping with the teaching of the new religion, but in the end the instinctual wins through. Christianity learned to embrace Yule.

The Pogues singing ‘Fairytale of New York’ might not be everyone’s idea of a contemporary Pagan carol, but the sheer love of life of the song does convey the spirit of ancient Pagan midwinter celebrations such as the Roman Saturnalia. Saturnalia honored the god Saturn, God of agriculture. All social conventions were overturned and Romans celebrated a brief return to the mythological Golden Age, a kind of Roman version of the Garden of Eden, when humankind lived in harmony with nature, nature was so abundant that people could live without working, and all humans were equal. To honor this, the social order was temporarily reversed – masters and mistresses waited on their slaves. The celebrations led up to the Winter Solstice and just beyond, when in later times Rome celebrated the birth of Sol Invictus, the Unconquerable Sun, on the day that became eventually the celebration of the birth of Jesus.

Christians were right though – Yuletide is truly Pagan, in the sense that it celebrates warmth, food, and also the ecstatic. Solstice has long been a time of spiritual renewal and religious celebration; but also a time to drink, dance, make music and love; when all acts of love and pleasure are truly Her rituals. We need such celebrations. Our well-being is increased when we party. We let go of everyday anxieties and briefly go back to the Golden Age. Ecstatic spiritual celebrations are cathartic; they help free us of our preoccupations, our problems and issues, and the relentless negativity of world news. What draws many to Paganism is our love of life, the world around us, and the joy, even ecstasy, that people can experience through Pagan celebratory rites, where we drum, sing and dance around the fire long into the night. This is not escapism, but recognition that letting go and going back into childish pleasure and delight in the now is psychologically and spiritually beneficial and healing. Afterwards we feel stronger, more able to take up once more the burdens of everyday adult life.

As children we love to sing and carols are some of the earliest songs that many of us learned.  As Pagans we do not need to abandon our carols; many of them are based on older Pagan seasonal carols. We all know that Christmas is a festival grafted onto a much older celebration. Many of the carols now sung in churches are based on older songs that were sung in homes, taverns, and in the streets. They were the music of the people and were accompanied by drum, sacbut, pipe, kortholt, cumhorn, and other instruments that now sound archaic both in name and to the musical ear. It is no coincidence that folk music, medieval music, and folk rock have revived alongside contemporary Paganism. This music expresses everyday emotions and longings, including our feelings about nature and about the sacred. The earliest carols were seasonal songs that celebrated what people saw around them – the evergreen branches that showed that vegetation was alive in the darkest time; the bright red berries that like the bright red breast of the robin were reminders of the life force in the still chill of winter.

Medieval carols, like folk songs, were earthy. Nineteenth century folklorists and musicologists wanted songs that could be sung in polite urban middle-class society. Those who lived closer to nature and the land had no such inhibitions. Medieval and Renaissance Christmases prior to the Protestant Reformation and the Catholic Church’s panic-struck response of the Counter-Reformation were twelve days of feasting, just like the celebrations of our Pagan forebears millennia ago.

Re-Paganised versions of carols can be found all over the internet, some more successful that others. Here is my favorite restored Pagan version of ‘The Holly and the Ivy’ by British academic Norman Iles.

Sing and enjoy, and once again, Merry Yule!

The Holly and the Ivy

All:       The Holly and the Ivy
When they are both full grown
Of all the trees that are in the wood
The Holly bears the crown

Women:          And ivy bears a clinging vine to smother him right down

All:       The Holly and the Ivy
When they are both full grown
Of all the trees that are in the wood
The Holly bears the crown. 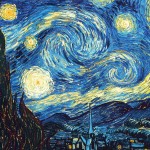 November 22, 2013
Let My Worship Be Within the Heart that Rejoices
Next Post 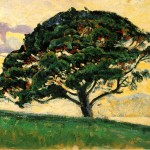 January 24, 2014 ‘The woods have gone away... we are lonely by moonlight’
Recent Comments
193 Comments | Leave a Comment
"we got a shotacon on our hands hahahhahaK.9226C.US/k7918nI"
branime Solstice Energy With Sekhmet’s Blessings
"Almost all neo-pagan invention. For example:1. No, Yule was not a Solstice festival. The accounts ..."
David Mottram Reclaiming Christmas: Let’s Party Like Pagans
"Pretty much any religious ideology or practice can be considered a fad and had to ..."
Corey Christian Isis: A Multi-Cultural Goddess
"This is a great article (still), and much appreciated! Since the http://eleanorbone.org/ site no longer ..."
Wren Caprimulg Honoring the Ancestors – Eleanor ‘Ray’ ..."
Browse Our Archives
Related posts from Greening the Spirit