Last week I learned a new word – eutierria. Australian sustainability expert Professor Glenn Albrecht created it by combining eu = good, tierra = earth, and ia = a condition. It is, he explains:

. . . . a good and positive feeling of oneness with the earth and its life forces. This feeling is one where the boundaries between self and the rest of nature are obliterated and a deep sense of peace and connectedness pervades consciousness. (Albrecht 2011)

Glenn Albrecht’s new word is strange, neo-scientific, a bit alien, but the feeling that he evokes strikes a chord. Poets like Irish mystic, theosophist, nationalist, poet, and artist ‘Æ’, George William Russell (1867–1935), write about it:

Still as the holy of holies breathes the vast,
Within its crystal depths the stars grow dim;
Fire on the altar of the hills at last
Burns on the shadowy rim.

Moment that holds all moments; white upon
The verge it trembles; then like mists of flowers
Break from the fairy fountain of the dawn
The hues of many hours

We also find it in our own experience. It will be familiar to all those of us who have spent time deeply immersed in nature.

A Feeling From Childhood

If we were lucky enough to have had a rural childhood, we are likely to have experienced this feeling in our earliest years, when we were allowed to roam freely through woods and fields. It is a feeling that can create a deep sense of connection with other non-human species that for me was the beginning of my view of the universe, one that I later learned to label pantheist or Pagan. I wrote about it in the Introduction to my book A Women’s Guide to the Earth Traditions. This is part of what I wrote:

When I played in the stream in the woods as a child,

and plunged my legs up to my thighs in its soft clay mud,
and baked them dry beneath the sunlight,
lying on my back on the bank and watching the clouds sail by above,
I merged a little with the Earth.
And when I made for myself garlands of ivy
and climbed a tree to the highest point that would bear my weight,
and entwined myself in its swaying branches
and rode with it upon the wind,
listening to the mysteries whispered by the rustling leaves,
then I forgot for a while which was tree and which was I.
And when I touched the pink ragged robin
that grew by the edge of the marsh,
I felt that I touched the garment of the universe
and my fingers tingled with the softness and the beauty of it.

Finding Oneness With Nature Every Day

As adults we can still find these experiences by walking meditatively in nature, when camping, or in any activity that gives us time to just with be with trees, birds, the landscape, and to take time to listen, to smell, and to see what is around us. We do not have to label ourselves ‘spiritual’ to experience a sense of oneness with nature. We do not have to be ‘special’ or gifted mystics or psychics. This sense of connectedness seems to me to be hard-wired into our brains, part of our human instincts, and it can be felt by anyone.

One of the most beautiful descriptions of merging and feeling at one with nature I have heard was shared with me by a London cab driver. He was taking me home after an evening lecture. He asked me about my day. Then I asked him about his, ‘How long he had been on the road that day?’

He liked to start very early, he said, so he could get to the centre of London before the traffic built up. Every day he got up just before dawn, made a cup of tea, listened to the singing of the birds, and watched the dawn come up. ‘It’s a special feeling,’ he said, ‘when you see it all like that, like it’s bigger than me, but I’m part of it. It’s …’

He struggled to find a word for it for a while, then gave up. Tentatively I offered, ‘Holy?’

He was experiencing eutierria and this is what sustained him through the stresses of his day. 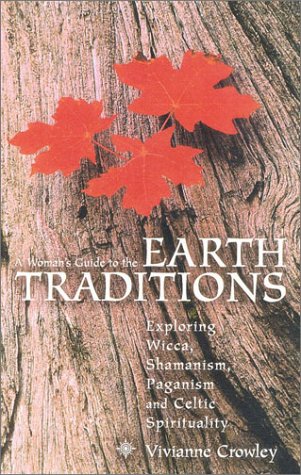 Finding a language for our deepest inner experience is difficult. Whether our mystical experiences are with nature, or with Goddess or God, or with another human being in ecstatic sexual union, they share the qualities of being fleeting, formless, beyond words. People that write about mysticism often use the word ‘ineffable’ to describe them. But although these experiences are beyond words, it seems to me that they teach us something important about the self. In these moments, we can experience a radical de-centering of the ego, the sense of ‘I’.

There is a widening and deepening of consciousness that gives us an intimation of the possibility of a different kind of consciousness, one that is not anchored to this time, this place, this body, this self; a sense of that which is outside of time and space as we think of it.

As we strive to deal with the sweeping political, economic, and social upheavals to come, these moments with nature can sustain us and give us courage to face whatever comes.

Glenn Albrecht is retired Professor of Sustainability, Murdoch University, Perth, and Honorary Professorial Fellow I the School of Geosciences, University of Sydney. He is based at Wallaby Farm, New South Wales. He is a transdisciplinary philosopher with a focus on the intersection of ecosystem and human health. This is his TED talk Environment Change, Distress & Human Emotion.

September 20, 2016 Equinox Greetings from Spring in the South to Fall in the North
Recent Comments
0 | Leave a Comment
"Almost all neo-pagan invention. For example:1. No, Yule was not a Solstice festival. The accounts ..."
David Mottram Reclaiming Christmas: Let’s Party Like Pagans
"Pretty much any religious ideology or practice can be considered a fad and had to ..."
Corey Christian Isis: A Multi-Cultural Goddess
"This is a great article (still), and much appreciated! Since the http://eleanorbone.org/ site no longer ..."
Wren Caprimulg Honoring the Ancestors – Eleanor ‘Ray’ ..."
"Were there any posts after this one? I've missed seeing her posts. Hope everything is ..."
Sea Queen Light in the Darkness on Brigantia’s ..."
Browse Our Archives
Related posts from Greening the Spirit