Contemporary Paganism is often described as an orthopraxis rather than an orthodoxy. It is about common practice rather than common belief. In this we are not dissimilar to many of our Pagan ancestors.

Pagans performed rites but professed no creed or doctrine. … they were not committed to revealed beliefs in the strong Christian sense of the term. They were not exhorted to faith: … no group of pagans ever called themselves “the faithful”: the term remains one of the few ways of distinguishing Jewish and Christian epitaphs from those which are pagan.

As Pagans, we work with shared symbols and myths. Each of us interprets our myths and symbols in a way that is deeply personal and individual, but we share a common non-verbal ‘language’. There are symbols drawn from the rhizome of the Western Mystery and Magical Traditions that are meaningful to us whether we label ourselves Pagan, Heathen, Christian, Jewish, Muslim, Hindu, Buddhist, or any other tradition.

These are archetypal images that have resonance across cultures. They are images that inspire the imagination, move the heart, and stimulate the creative psyche. Often apparently simple symbols – the quartered circle, the ankh, the spiral, the circle – convey in a single visual image a wealth of complex ideas that are an endless source of new meaning and insight.

We only understand that kind of thinking which is a mere equation … But besides that there is a thinking in primordial images, in symbols which are older than historical humankind, which are inborn in us from the earliest times, and, eternally living, outlasting all generations, still make up the groundwork of the human psyche. It is only possible to live the fullest life when we are in harmony with these symbols; wisdom is a return to them. It is a question neither of belief nor of knowledge, but of the agreement of our thinking with the primordial images of the unconscious . . . .

The Sun At Its Zenith

In our Midsummer rites, with the sun at its height, we work with symbols that echo the sun and its position as the dominant force in the heavens. We use symbols such as solar king and solar queen, which for us as individuals relate to that point in our lives when we are at our zenith – our most successful, powerful, and achieving. But while Midsummer rites celebrate the zenith, they hint at the decline to come. Sometimes this is conveyed by a combat between the sun king and his rival, the king of darkness. Light overcomes the Darkness – but only for a time. In this battle the Light is fatally wounded and in time that wound will lead to the Light’s demise.

If we meditate on these symbols, what do we find? We can discover the message that, however strong and powerful we are, in time we will decline and face the inevitability of death. We can learn that no power can go forever unchecked, that the will to power can only last so long, that material position and wealth are transitory. In time all things pass; all things change. 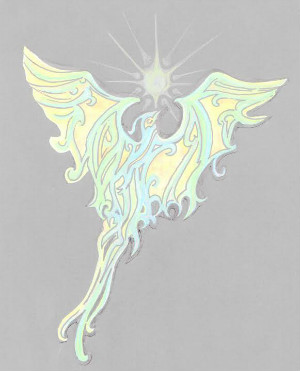 The Myth of the Phoenix

Symbols work because they stimulate the psyche. They are mysterious and have many layers of meaning. We struggle to understand them. The human mind communicated our deepest longings and spiritual aspirations in visual form long before we developed complex languages.

The phoenix is an archetypal image associated with the sun. It appears in many different cultures. Its myths vary, but all agree that it is a bird that is rare, wondrous, magical, and signifies great change. From ancient Greece the myth is that the phoenix is a legendary bird with beautiful fiery-colored plumage. It lives in Arabia near a cool well. Every morning as the sun rises and dawn breaks, the phoenix bathes in the cool clear water of the well and sings such a sweet and delightful song that the Sun God stops in his chariot to listen.

The phoenix is ever-renewing, existing for eons. Every 500 years, it constructs a nest of cinnamon twigs that ignites and consumes the phoenix to ashes. From the ashes, a new phoenix arises. The new incarnation wraps the ashes of its former body in an egg of myrrh and flies to the Egyptian City of the Sun, Heliopolis or On, where it leaves the egg as an offering on the altar of the Sun God Ra.

What Meaning Can We Find in This Myth?

The solar king at Midsummer can be seen to represent the ego in its dominant place in the personality. In the first half of life we need to establish a strong sense of who we are, so that we can function in the world and carry out the adult challenges of earning our living and making relationships. In the second half of life we need to let go and move on. We will not be able to hold onto material achievements forever. Instead of focusing on doing more of the same, we can grow and develop in new ways. 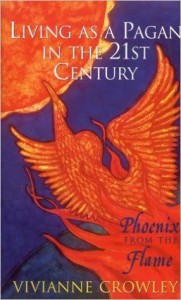 We cannot totally abandon the material for the spiritual, but we can allow ourselves to engage more of our energies on the inner world and on strengthening and developing an ever closer relationship with the transcendent realm – those values and experiences that are eternal and abide. We can move towards living more of our lives in accordance with the values that are closest to the core of human experience – our struggle to unite with consciousness that is beyond ourselves, the consciousness that is Divine.

In the second half of life our physical strength wanes, but our spiritual strength can increase. As one half of the hour glass drains, the other fills. To do this, we may need to exchange material ambitions for spiritual goals that can stretch our innermost selves and help us to continue to give to others and to realize the fullness of our human potential. This sacrifice is hinted at in the mythos of Midsummer – the solar king is wounded and his energy and strength must turn inwards to heal himself before he can heal the world.

The phoenix is a symbol of creative power. It recreates itself from fire; from the fire of its own energy it is reborn anew. At Midsummer the message is one of empowerment, and of our ability to transform ourselves. It is a message for spiritual maturity – no teacher, guru, priestess or priest, can perform this transformation for us. It is a transformation that is not gained without being willing to let go of the old self; to release the past to make way for the future. The phoenix offers itself up to itself and is reborn; from the ashes of the fire flies forth the new phoenix, the Morning Star of Ra.

Vivianne Crowley is the author of Phoenix from the Flame: Living as a Pagan in the 21st Century. She and Chris Crowley run Phoenix Rising workshops on connecting to and working with phoenix energy. The next workshop dates are Saturday 2 July 2016 in Helsinki, Finland, contact: tiedotus@lehto-ry.org; and Sunday 2 April 2017 in Rome, Italy, contact: info@circolodeitrivi.com

—. 1994. Phoenix from the flame: Living as a Pagan in the 21st century. London: Thorsons/HarperCollins.

Lane Fox, Robin. 1986. Pagans and Christians: In the Mediterranean World from the Second Century AD to the Conversion of Constantine. London: Penguin. 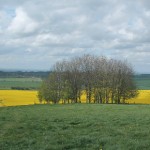 July 21, 2016 Eutierria – Oneness With Nature
Recent Comments
0 | Leave a Comment
"Almost all neo-pagan invention. For example:1. No, Yule was not a Solstice festival. The accounts ..."
David Mottram Reclaiming Christmas: Let’s Party Like Pagans
"Pretty much any religious ideology or practice can be considered a fad and had to ..."
Corey Christian Isis: A Multi-Cultural Goddess
"This is a great article (still), and much appreciated! Since the http://eleanorbone.org/ site no longer ..."
Wren Caprimulg Honoring the Ancestors – Eleanor ‘Ray’ ..."
"Were there any posts after this one? I've missed seeing her posts. Hope everything is ..."
Sea Queen Light in the Darkness on Brigantia’s ..."
Browse Our Archives
Related posts from Greening the Spirit

Pagan
What Does Nature Do For Us?
Greening the Spirit
TRENDING AT PATHEOS Pagan