At Midsummer on our land in Brittany, the Celtic region of north-west France, we invoke Belisama, the Bright One, Lady of Summer. Some say she is the bright golden sunlight; others that she is more fiery, a Lady of Battles and Arrows. We find her in France and we find her in the Milan region of northern Italy, where Celtic tribes came seeking new lands.

Finding a Goddess of the Land

Brittany’s Paganism is only just below the surface, its culture protected for centuries by its Breton language, which few but Bretons could understand. Christianity and Paganism fused and the old ways we hidden beneath a veneer of the new. Roman altars to Mithras became parts of Christian churches. Celto-Roman Goddess statues reappeared as Madonnas.

Brittany’s ancient deities live and we found that when we began to work ritual outside on our land, the deities that we had worshipped in our temple in London did not speak to us here on the rich earth, in the salt-tinged breezes, nor in the shadows of the standing stones beneath clear star-filled skies laced with shooting stars. In our first rituals in the stone circle we had created, we invoked the four quarters using imagery from Celtic tradition – the hawk of the east, the white mare of the south, the salmon of the west and the black bull of the north. As the deity names we used in England and Ireland seem wrong, we invoked Goddess and God as ‘Lady’ and ‘Lord’. Then one circle we sat around the fire and waited. We listened to the wind in the trees, to the hoots of the owls, to rustles in the bushes that signaled that curious animals had come to see our ritual fire. By the flickering firelight and hissing wood, we listened with that focused listening, in which we divine patterns in sounds. Words come to us then and in these we find meaning.

We listened and on the wind a sound came. We compared notes. Yes, we have all heard the same thing. We had found our first deity. Intuition has found a name and thinking now takes over. We buy books on the Celtic history of Brittany. We discover the works of Christian-J. Guyonvarc’h, a professor of Celtic Studies at our regional university in Rennes, and the researches of our local Breton historians, such as Gwenc’hlan Le Scouëzec. We begin to discover our Goddesses and Gods. We discover Belisama and we begin to worship her.

The seas that surround Brittany on three sides bring with them mists, rain, wind and sun. It is a land of long golden summer evenings, when the sunset turns the sky to amber, orange, apricot and pink. It is this golden sunlight that in the nineteenth century brought painters like Paul Gauguin to Brittany to paint ‘The Yellow Christ’ and ‘Hay Stacks in Brittany’. We discover that it is Belisama who is the goddess of the golden summer that begins with Beltane. In the long golden evenings, the sun’s rays turn the quartz crystals in the granite of our farmhouse and barns to sparkling golden light. We sense the presence of Belisama in the circle and around the circle at summer days lengthen. We feel her as energy, golden and light, joyful and creative. There is laughter there and strength also. We sense her as neither Virgin nor Mother; but as the lover goddess who takes whom she will as her lover and gives her love to all.

Fire and water
At Midsummer with the sun in its fullest strength, it enters the water sign of Cancer. Midsummer has the energies of both fire and water, the water of gentle summer rains. In our ritual work with Belisama she comes to us as a goddess of sunlight and water. Our Breton summers are summers of sun and showers, so this makes sense in our land. In our researches, we discover that there is a water association. The Roman-era geographer Ptolemy recorded the name of the river in the north-west of England which is now called the Ribble as Belisama.

We notice that our visions of Belisama are like the Star card of tarot. Often we see her by streams of running fresh water. We have never seen her by the sea or by still waters like lakes. She is a goddess of flowing movement. We see her walking by the river banks of reeds and flowers. We invoke Belisama when our Italian initiates visit from Milan. As the Goddess is invoked, the full moon rises huge and golden. We see another image for Belisama. Is she the golden moons of summer that we see so often in our yellow-lighted land?

Growing closer to our Gods

In many Pagan mystery traditions, invocation is the sacrament, the sacred core process by which the worshipper and the worshipped create a temporary identification between a human being and the Divine. In those moments of merging, we find insight, meaning, inspiration, power and, through an interior experience, wisdom that can inform our spiritual practice and our daily lives.

Pagan spirituality often uses symbols rather than words to convey spiritual meanings. We are not trapped as religions of ‘the book’ can be by the interpretations of one set of human beings in a particular time and culture. Through symbols, the Gods can speak to us and evolve our understanding of them. We worship Belisama and our images and understanding of her evolve. Pagan spirituality’s focus on symbol means that ideas can evolve over time – changes may be made, spontaneity and ritual creativity encouraged. Belisama has come to us in our circle and our temple. We know little of how people centuries ago understood her and worshipped her. Belisama is like the sunlight – she changes day by day. We are content to worship her as she chooses to come to us and in her we see and know and remember nature’s beauteous summer face.

May your deities come to you as you honor the season’s tide. May your Midsummer be golden with prosperity and healing. May you and your path be blessed.

Greening the Spirit is available in a variety of languages!
Italian
French
Spanish
Polish 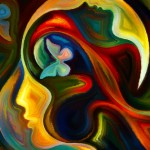 July 24, 2015 Lammas, Season of Sacrifice
Recent Comments
0 | Leave a Comment
"Almost all neo-pagan invention. For example:1. No, Yule was not a Solstice festival. The accounts ..."
David Mottram Reclaiming Christmas: Let’s Party Like Pagans
"Pretty much any religious ideology or practice can be considered a fad and had to ..."
Corey Christian Isis: A Multi-Cultural Goddess
"This is a great article (still), and much appreciated! Since the http://eleanorbone.org/ site no longer ..."
Wren Caprimulg Honoring the Ancestors – Eleanor ‘Ray’ ..."
"Were there any posts after this one? I've missed seeing her posts. Hope everything is ..."
Sea Queen Light in the Darkness on Brigantia’s ..."
Browse Our Archives
Related posts from Greening the Spirit