When we beat our swords into plowshares, we make a commitment to resources that are of no use for war: garden tools, necklaces, victim-offender dialogue, economies of grace.  We plot for peace.  We imagine, design, and plan for a time when we will not fear one another.  As Shane Claiborne often says at our events together, “What if God is waiting on us?”  Jesus didn’t walk around Galilee telling everyone to wait for the eschaton.

RAWtools plans to be actively plotting for peace.  This plotting is thick with pain.  Pain endured by countless victims and survivors of violence.  But it is also thick with resilience.  Laurie Works lost her 2 sisters, Stephanie and Rachel, in 2007 in the New Life Church shooting.  Later she lived in an apartment next to a man who would randomly shoot off his gun at night, and he was later in a shootout with police.  A close friend was in the theater at the Aurora Theater shooting.  Last year a man walked through her neighborhood on Halloween with an AR-15 and killed 3.  Soon after, Laurie found herself bringing food and coffee to first responders after the Planned Parenthood shooting.  All of this in Colorado Springs. 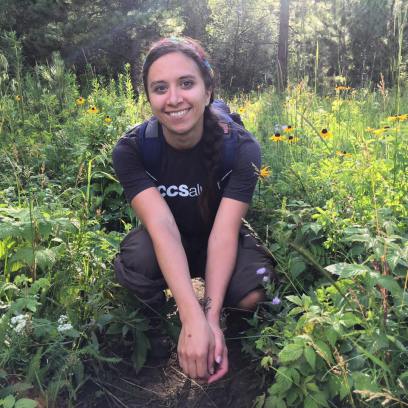 We asked Laurie to share at a recent fundraising dinner, “Plotting For Peace.”  She shared her story as 200+ folks cried with her.  And she shared how since she was about 10, she wanted to help people going through trauma.  Now, 16 years later, she is starting The Colorado Springs Resilience Center.  The CSRC will offer holistic resources for resilience to all trauma survivors, from domestic survivors, to sexual assault, to gun violence, and others. The CSRC echos the Aurora Strong Resilience Center, formed in the wake of the Aurora theater shooting. The CSRC will also be a center for information, education and awareness of the principles of resilience to Colorado Springs.

Healing from trauma is a lifelong endeavor.  It requires resilience.  It begs for new routines, habits, practices, and awareness.  Every trauma survivor is unique and their triggers are unique.  There is no magic pill to fix this.  Each has their own path and they need a community to help them.  Laurie is dedicated to provide safe space to help folks build this community.  Laurie and friends helped organize a silent walk honoring gun violence victims on April 17.  The walk traveled the path the shooter took the previous Halloween, reclaiming the neighborhood as safe space.  It’s time we reclaim our neighborhoods for the future.  A time when we are no longer afraid.  Micah and Isaiah imagined a time for beating swords into plows, let’s use those plows to prepare an earth that is crying for healing and rest, a “spring in the desert.”  Through the month of April, 51% of your donation to RAWtools will benefit The Colorado Springs Resilience Center.  This is an extension of the funds raised at the Plotting for Peace dinner in which we raised over $9,000 gross (51% will benefit the CSRC).

Listen to the song, “There is a Balm in Gilead,” played by Giants and Pilgrims after Laurie shared her story.

You can read more of Laurie’s experience on her blog at LaurieWorks.com
Below is a poem that Laurie wrote to her sisters’ killer:

The world knows you as the man who murdered my sisters
I know you as someone across the gulf of the same canyon
both of us were just trying to figure out how to get across
We are like two sides of the same coin
some people call you the bad penny
just because it landed tails up
they say it’s bad luck.
We could have had the same parents
we were homeschooled, using the same books
from the same publishers
we both learned that evolution was a lie
that the earth was created 6,000 years ago
maybe that’s why we both had such a hard time progressing
100 miles apart, we did the same training
they told us God loved us
I heard voices and gave prophecies
they said you heard voices too
but those voices were the different ones
same coin other side
we both had demons haunting us
mine just were clothed in angel’s skin
at least you knew yours clearly

it took our lives colliding for me to fully see mine.
We collided in one moment
somehow that moment always felt like it would happen
I wonder if you must have felt that too
you sprayed bullets trying to build a bridge of mettle
I have been trying to build a bridge of mettle ever since
trying to finish the job you started without using violence as tool
on the day the voices we heard collided
I want you to know I saw them too
the demons you were so acquainted with
i’ve been living with them for almost 8 years now
maybe they don’t erupt the same
See I never turned my violence outward
always loaded my gun and turned it on myself
This year, I’m learning
that just because a coin isn’t lucky doesn’t mean it’s a bad penny
that some bridges aren’t built out of mettle
Matthew.
Your name means gift of God
If I’m the side of the coin that’s heads up
it’s because you were my heads up
There never was a canyon between me and anyone else
there was only the canyon inside myself
that can only be crossed if I’m brave enough to fall
to hit bottom and find myself in the dark
to have the bravery to find you there, too
Mettle isn’t about bullets and bridges
it’s about meeting the darkness and naming it holy
So instead of a bridge I’m building an altar
To both the sides of this same coin
to believing in my own darkness as fiercely as I believe in your light
to the complexity of being human
because of you I’ve finally accepted
that I’ll never be alone
that there is nothing wrong with me
there’s nothing wrong with you
there’s nothing wrong with us
you thought you were so different
you’re not so different after all
neither am I.