In 2018 RAWtools will be training inmates at the New Haven Correctional Center in partnership with the Newtown Foundation, Newtown Action Alliance, New Haven Police Department, and artist Gar Waterman, to make garden tools to be used in local community gardens. 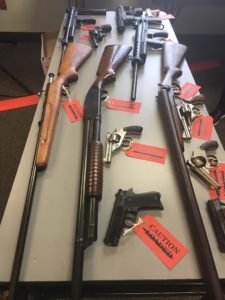 The shooting at Sandy Hook Elementary sent shock waves across the country.  Many thought it would be a turning point in federal gun legislation.  That didn’t happen.  Many states took local action by passing background check laws and magazine limits.

The #HonorWithAction campaign was started by the Newtown Action Alliance in 2014, two years after the Sandy Hook Elementary school shooting took the lives of twenty 6-7 year old children and 6 educators.  In 2016, a Portland, OR softball team was raffling an AR-15 (similar to the Bushmaster used at Sandy Hook) to raise money for a tournament trip.  Unnerved, local Rev. Jeremy Lucas used ministry funds to buy half of the raffle tickets for the sole purpose of destroying the gun if we won.  And he did.

This is why we are going to New Haven, CT in 2018.  Because Rev. Lucas took action, along with his prayers, and was invited to The Newtown Foundation’s annual vigil, where he gifted the tool. 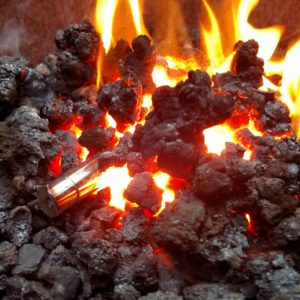 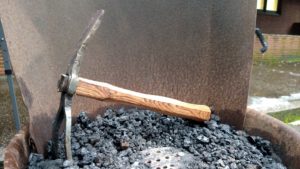 The Steve Yanovsky of Newtown Action Alliance began to dream big.  He helped organize gun buybacks, then connected with police and the correctional center.  His efforts have expanded “farm-to-table” to “gun-to-garden-tool-to-farm-to-table.”

If any of the food grown from these tools makes it back to the correctional facility, a beautiful circle has been created.  A circle that looks entirely different than the victim-offender cycle.

The #HonorWithAction campaign compels us to look at all of our options to take action to end gun violence.  When the campaign launched, Mary Marovsky, then in third grade said, “I miss my friends who were killed on December 14th” as Morosky wore a green sweater, the color that’s come to be symbolic of Sandy Hook. “I honor their memories with action.”

“Read with a child, volunteer at a food bank, put some money in the meter for the next person who’s holiday shopping” said Rep. Elizabeth Esty (D – Fifth District) “Take some time to reach out and help someone else.”

Take action long before it escalates to gun violence.  Christmas is coming, be Emmanuel in your community.  Together, we can end gun violence.