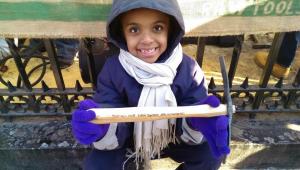 As a Christian faith based organization, we at RAWtools have a lot of conversations on what the Bible says about guns.  But really, swords.  Most have heard of the call of Micah and Isaiah to turn swords into plowshares and spears into pruning hooks.  It’s expected that dialogue is driven to use Luke 22:36 in defense of owning a gun.  So let’s talk about this on the eve of Maundy Thursday, when we remember the last supper-but also what happened in the garden after.

From the outset this interpretation ignores verse 38 just after it, it ignores warnings of the sword in Revelation, it ignores Jesus’ Sermon on the Plain, and it especially ignores Isaiah 53:12, which Jesus is referencing when he tells them to sell their bag for a sword.  This is important for those of you who want to stand by this verse in Luke to defend your choice to own a gun.

Jesus reminds his disciples they have yet to need a sword (or even a purse, bag, or sandals) (Luke 4:10) in all their travel together -and apart.  The disciples confirmed this in verse 35.  Its then that Jesus tells them to sell their cloak and buy a sword.  The disciples are quick to produce 2 swords to which Jesus replies, “It is #enough.”  Where was twitter then!?

Jesus was referring to a prophecy of Isaiah counting Jesus with the transgressors (53:12).  How could they tell he was with transgressors?  A sword or two.  Your cloak, sandals, purse or bag, would not set you apart from most everyone.  But a sword would.  The sword (or spear/weapon) is often referred to as a tool of the gentiles (Luke 21:24) or of Babylon (Rev. 6:4).  The only time “sword” is used in a positive sense is through metaphor in Revelation when the Lamb of God appears and his sword is the word that comes from his mouth.  It’s often argued that a sword was necessary for self-defense when traveling.  You could say the absence of a sword while traveling was also a marker that the disciples were different – by following Christ.

Later, when a disciple strikes one of the persons in the crowd and takes his ear off, Jesus again says, “Enough, no more of this” and puts the man’s ear back on, then rebukes the high priests he had just spent time with in the temple in the days before, and now they are in the garden with their clubs and swords.

Many of us would be just as eager to defend Jesus in that moment.  We’d be lying if we said we weren’t capable of pulling a sword on someone threatening Jesus as we stood next to him.  No one spent more direct time with Jesus than the disciples and their friends (the seventy+2).  Its why their love for Jesus led them to draw a sword in defense. But Jesus knows better.  Jesus knows how this looks.  His optics are on target (unlike that sword that only got an ear).

Luke references Isaiah to say the sword would be what numbers Jesus with the transgressors.  Do you really want to use this verse to defend gun ownership?  Do we want to be numbered with transgressors? Do we want to not look like Jesus?  Maybe Judas was hoping for Jesus to lead a revolt when he handed him over to the Sanhedrin?  Its plausible and even likely he wasn’t the only disciple to think this.

Whether it’s a gun and physical violence, or verbal abuse and ridicule, we’ve all done and said things we wished we hadn’t.  So let us count ourselves fortunate that we have an opportunity to turn back and repair harm.  To take the brunt of the spear like Jesus, instead of its handle.  These are markers of who we follow.  You’re better off using the constitution to argue for gun ownership, stop using the bible, especially Jesus, to defend guns.

We live on the other side of the resurrection.  Let us listen to the angels that tell us to “fear not” and to the prophets that say we can be in a place of no fear (Micah 4:5)  And to Isaiah who says later in 53:12 that Jesus also made intercession for the transgressors.  It’s almost Easter – we know death has lost its grip.  #Enough of this.  We’ve been turning guns into garden tools since Sandy Hook.  Now the youth of our country are speaking up.  Isaiah also said the children will lead us.  Maybe Jesus is still in the habit of putting ears back on.  Let us use our ears to hear them crying “ENOUGH!”

Who knows, next Maundy Thursday you could be remembering the last supper, eating food grown with a garden tool made from a gun.

February 15, 2018
You Said its a Heart Problem On Ash Wednesday
Next Post 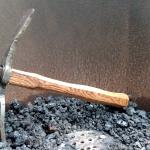 Evangelicals Are Attracted to Conspiracy Theories—Why?
Divergence
Related posts from Voices of RAWtools: Forging Peace in a World of Violence