In the New Orleans Voodoo and Haitian Vodou religion, Saint Patrick’s Day is a time for honoring not a Christian saint, but the Lwa (Loa) Damballa, the sacred serpent who travels through time. Saint Patrick has a problematic history as far as Paganism is concerned. My fellow Patheos blogger James Lindenschmidt, in the post On Snakes, Truth Seekers, St. Patrick  talks about how the most widespread interpretation of myth is “ that the snake image is a symbol of Druids and Pagans, and therefore that St. Patrick drove the Druids and Pagans out of Ireland. “ While another Patheos blogger, Angus McMahan has a more humorous take on the holidays that jokes about feeding communion wafers to the snake, and my favorite Darby O’Gill.
In my post How Anti-Pagan St. Patrick Became Voodoo’s Damballa, I explain

“how opposites are often the same thing in the Voodoo religion. The most illustrative example of this is with the deity of Papa Lebat in New Orleans. I have written a lot about the Voodoo god Papa Legba, wise father and guiding force to all who practice the religion. In New Orleans however it was not always easy for practitioners to carry out their ceremonies and rituals. At the start of ceremonies they began to invoke Papa Lebat, in the name of the missionary who had worked to eradicate their practices. Sort of like praying to the cops to leave you alone before you throw a big party. It is in this vein that I believe people began to associate St. Patrick with Damballa. Invoking his spirit so his militant religious ways would have no bearing on their rites. There is also the importance of Syncretism in the religions of New Orleans Voodoo and Haitian Voodoo, as I have discussed. Quite simply there are snakes on the Catholic lithograph for St. Patrick, when looking for someone to use to represent their ancient deity, it makes plenty of sense that people would choose the image of the white bearded wise man with snakes at his feet.”

Damballa is representative of new beginnings, transformation, wisdom, and guidance. He is a primal power carrying the knowledge of Ancient Africa to the New World. In my book Voodoo and Afro-Caribbean Paganism I give a recipe for Obeah oil, this is a traditional formula designed to salute the snake. Some even say the Obeah relgion, which is common in Jamaica and Belize, is named Obi after the word for snake. This snake oil recipe calls on some of the same properties along with others to create an atmosphere designed to promote power, and transformation.

Combine all elements into a glass bottle. Cover tightly. Rub between your hands to charge the mixture with your energy. 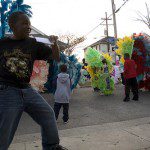 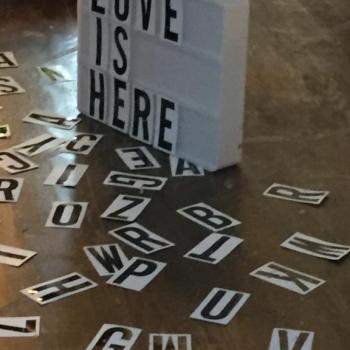 Tarot: History, Practice, Spiritual Art
While there is still debate and suspicion over the practice (some people...
view all Pagan blogs
What Are Your Thoughts?leave a comment
Copyright 2008-2020, Patheos. All rights reserved.