In Voodoo inside out, upside down, and backwards are often all the same thing. It’s this creative way of thinking that allies Ireland’s St. Patrick with the Haitian Vodou God Damballa. St. Patrick is notorious in legend for driving the snakes out of Ireland. However, today’s article by Independent.ie tells us that it was most likely Pagans that were removed from Ireland by the saint. More specifically the group Crom Cruich, which used the snake as it’s symbol. Crom Cruich literally translates to “Bloody Crescent.” The sixth century text the Dinnshenas says St. Patrick “marched on the place with a band of well-armed missionaries, mocked its demons, blessed the place afterwards and then destroyed the site. “ The sacred site was reported to have featured a Stonehenge style structure. It is easy to see how this is viewed as another sad attack on Paganism by many modern practitioners today. One of my fellow Pagan writers, Galina Krasskova, even calls for an anti-St. Patrick’s Day ritual.

How did St. Patrick then begin to be associated with a Voodoo god? I mentioned how opposites are often the same thing in Voodoo. The most illustrative example of this is with the deity of Papa Lebat in New Orleans. I have written a lot about the Voodoo god Papa Legba, wise father and guiding force to all who practice the religion. In New Orleans however it was not always easy for practitioners to carry out their ceremonies and rituals. At the start of ceremonies they began to invoke Papa Lebat, in the name of the missionary who had worked to eradicate their practices. Sort of like praying to the cops to leave you alone before you throw a big party. It is in this vein that I believe people began to associate St. Patrick with Damballa. Invoking his spirit so his militant religious ways would have no bearing on their rites. There is also the importance of Syncretism in the religions of New Orleans Voodoo and Haitian Voodoo, as I have discussed. Quite simply there are snakes on the Catholic lithograph for St. Patrick, when looking for someone to use to represent their ancient deity, it makes plenty of sense that people would choose the image of the white bearded wise man with snakes at his feet.

Damballa is a creator, a patriarch, a serpent. This is the mythic serpent from the serpent and the rainbow. He provides healing, guidance, and blessings. Often represented as an Ouroboros , the sacred serpent or dragon swallowing it’s own tail. He is one of the most venerated deities in Haitian Vodou, and is present at most ceremonies.Damballa is offered white eggs, veve drawings created with white flour, milk, and rum. He can bring about magickal change and newness to any situation.

Maybe the Voodoo practitioners and the Pagans can sit together in their love/hate relationship with St. Patrick, he hasn’t done away with us yet. If you enjoyed this article please swallow it whole like and snake and remember to share so others can get fed too. Happy Mixed Message St. Patrick’s Day to You! 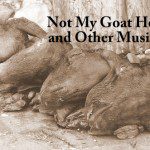 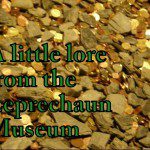