There are always crazy accusations about the religion of New Orleans Voodoo, Haitian Vodou, and other African Traditions. Some of these wacky theories come from Christians, as I spoke about in our last episode of Witchcraft & Voodoo on Youtube, and some come from the Media. What would probably surprise people is that very often these ancient religions are maligned by groups that have also suffered prejudice and misinformation. This is the case with a recent video I watched focusing on the evils of Dark Voodoo created by a large Occult organization. When my dear friend sent me the link I couldn’t believe my eyes.

No, I’m not going to give you the link, they have got enough publicity for their bad behavior, and if you must you can search for the video yourself titled “Has Wicca Been Infected With Voodoo Loa.” So much is wrong with this video, it comes from a place of extreme privilege and entitlement, and is full of ignorance and prejudice. The first thing that jumped out at me was the title of the piece itself, and the use of the word “Infected.” This implies the New Orleans Voodoo religion is a disease, and this is insulting, and just plain wrong. What they are discussing, which they obviously know nothing about, is an ancient religion, hundreds, if not thousands of years old if we trace it’s roots. It is full of ancestor veneration, practical rituals, respect and dedication.

In the description of the video they clam that the Loa, or deities of New Orleans Voodoo and Haitian Vodou, are “luring covens of witches.” Now many Witches today are interested in Voodoo, and this is most likely because of the power and beauty of the religion. Voodoo is strong, and it works, and if it attracts people it is because of that. The concept of luring Loa is preposterous, anyone with a working knowledge of the religion knows that initiations, prayers, and respect are all required to even begin a relationship with the Loa.

Here’s an idea, how about before trashing someone else’s religion with lies and misinformation, do some research, and until then shut your mouth ! These religions are more often victims of cultural appropriation than the other way around. 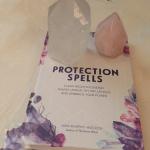 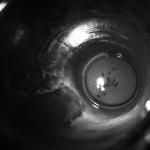