Samhain, Sabrina, and the Succubitches

Witches are popular, some see them as the next big thing, for some of us maybe they’ve always been a big thing. However, now we are gaining some attention in the mainstream media, what will all these characterizations bring? This is one of the serious questions I asked myself as I sat down to watch the new Netflix reboot titled Chilling Adventures of Sabrina.

While my generation grew up with Samantha and Tabitha, my daughter and her witchling friends had Sabrina, the teenage witch, as a televisual icon. Now I’m a big fan of Riverdale, and even read the old Archie comics with Sabrina as a kid, so when Netflix announced a new Sabrina I was cautiously optimistic.

Even before I began the first episode I saw my social media feed fill up with complaints about how the show pronounced the word Samhain … ( aka Halloween it’s pronounced Sow – En for those who are unaware.) I also saw several complaints about why in the world they didn’t hire a competent Witchy adviser for the show (I’m always available if they are looking.) However, these are some of the common mistakes we have been dealing with for decades.

Sabrina is played by Kiernan Shipka, which many of us will recognize from Mad Men. She does a great job with a script which is a bit extreme at times, and dialogue which leaves us wanting at times. But what about the magick.

In an upcoming article for Tony Sokol and Den of Geek I talk about the egg cleansing featured in the first episode saying,  ” some people use eggs as sort of a litmus test to see if their cleansing or protection work is successful. In that case you would use an egg to divine the person’s situation both before and after the working. The intention is to have a “bad egg” changed into a “Good egg” pardon the pun. Eggs however are a good way for an individual to check to see if there is any negativity attached to them and then proceed accordingly. In this instance the show seems spot on.”

Unfortunately, not everything about the show is realistic, there is a focus on the Dark Lord, well it is a fiction show after all. I was pleasantly surprised at the inclusion of the “Succubitches” – a Black girl, a redhead, and a blonde. These three teen witches try to take out our leading character. We all know someone like them. I hope they get their own show.

Now I realize not everyone went to NYU like I did to get a degree in Television Studies, but I would still like to hear from all my Witches watching the show. In the words of Sabrina’s cousin Ambrose “Penny Dreadful for your thoughts,” please leave them in the comments below and don’t forget to like and share !

November 3, 2018 Review: Astrology For Happiness And Success by Mecca Woods
Recent Comments
0 | Leave a Comment
"I too find it ironic. Her character even had a racial slur spewed at her, ..."
Amanda Ingalls Rachel True Speaks Out Against The ..."
"I love Miss Cleo! Thank you for bringing her forward again."
Brandy Williams Author The Lost Interviews Of Miss Cleo
"Wow I'm going to try it"
LaTonya Bowden Herbal Magick : Grab Some Five ..."
"If I said "Merry Witchmas", I'm pretty sure my sister would have a cow. As ..."
Amanda Ingalls Top 5 Witchmas Cookies To Make ..."
Browse Our Archives
Related posts from Voodoo Universe 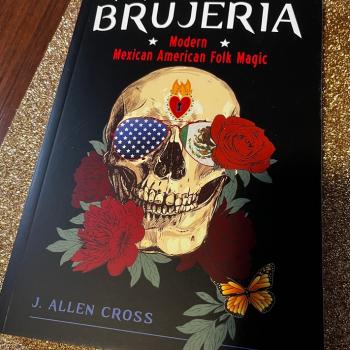 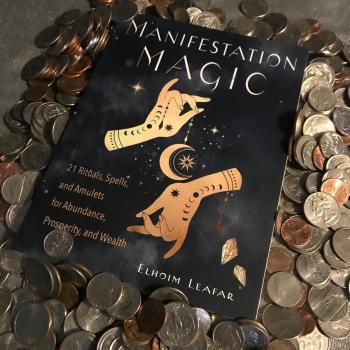