It’s probably a good thing that I am writing this post, because otherwise I would be screaming it. I was interviewed by a young black student yesterday and one of her questions was “When do I write?” I answered that I like to write in the morning, wake before the dawn, down several cups of chicory coffee and let it all flow, but then I added sometimes I write when I just can’t keep it inside. This is one of these times. The last story I wrote on this blog was about the pandemic. Several of those that I know and love, including my own family have suffered because of this virus, and if anyone is still paying attention it’s going to be around awhile.

A friend of mine posted on social media the other day that he can’t believe it’s already riot season, because he still had his Covid decorations up. It’s funny because it’s true. Langston Hughes said “Humor is laughing at what you haven’t got when you ought to have it … what you wish in your secret heart were not funny, but it is, and you must laugh. Humor is your own unconscious therapy. Like a welcome summer rain, humor may suddenly cleanse and cool the earth, the air, and you.” These days I take my unconscious therapy wherever and whenever I find it.

I’ve gotten a lot of phone calls and texts lately. I’ve started referring to them as white guilt moments. Now some, albeit a very, very, small portion of these were heartfelt, genuine, and welcome. The bulk however have left me with a bad taste in my mouth, and a disgusted feeling in my stomach. There was one former good friend who parted ways with me saying ” I don’t want your voodoo shit here.” Another white Voodoo priestess messaged me trying to get me to buy her online class.

There were a lot who just didn’t get it, even after I tried to explain that people are hurt and angry right now, and instead of worrying about your own white fragility, instead listen and learn to what black folks like me are really saying to you. If you’re wondering if I’m talking about you… in the words of one of my favorite songs … if you feel like the shoe fits, bitch put it on. Do these people know what it is like to have your child die in your arms ? To fear every day that it may happen again? Because unfortunately as the mother of a murdered child,  I do, and while there is nothing I can do for the mother of George Floyd who died calling out for her, I can say I truly understand her pain.

In the past I’ve written and created a lot of content, as well as taught workshops about Racism in the Witchcraft community. I’m astounded that people who have a serious history of persecution will turn around and hate and persecute others. Recent events like the murder of George Floyd, Breonna Taylor, Eric Garner, and so many more have put the spotlight on the horrifying treatment of Black people in the United States by police and society at large. While it is long past time that this country and it’s residents realize the racism and recognize what’s going on.

Many allies in the witchcraft and pagan communities have been turning over their platforms to Black witches at this time. All I can say about that is better late than never. And to the racist police, and systemic oppressors, and cultural appropriators I say (in the words of a popular #BlackLivesMatter protest sign) ” We are not our ancestors, We will fuck you up.” Our ancestors tried, don’t get me wrong, they tried during the hundreds and hundreds of years of slavery, they tried during the Tulsa Race Massacre, and everything else they were forced to endure. In many ways Voodoo was birthed and raised under this oppression. Then, just as now it gives us tips and techniques for fighting back against those who harm us. My advice on this as a Voodoo Priestess is the same as it would be for anyone picking up a powerful weapon, please be careful. This religion has rules and guidelines, and for best results they must be followed. If you are out there on the front lines, please be sure to check out my Protection Spells for Protesters, and do your best to stay safe if possible.

The Dictionary tells us reparation/ˌrepəˈrāSH(ə)n/ is a noun that means “the making of amends for a wrong one has done, by paying money to or otherwise helping those who have been wronged.” Like everything I am writing about here this is a controversial topic, I ask people to truly examine their own lives and where they have benefited and what they can do now to help. This may mean supporting black owned businesses, buying books by black authors like myself (my latest book Orishas, Goddesses and Voodoo Queens may help you better understand the powerful legacy of women in the African Traditional Religions.) It may mean donating directly to black victims of police aggression. Or even just sharing work and information of black people like you find here on this blog Voodoo Universe.

As usual silence and inaction in the face of racism at this time equal death. If you call yourself an ally take a hard look at your own comfort zone, and how you might lessen that a little to help others who haven’t been afforded such privilege. One of the most powerful things I heard at the rallies this week was “listen to black people when they tell you what it is they may need.” One of my black friends told me they asked an ally to get pizza …. if anyone wants to donate pizza money to me my paypal is blackbrigit@yahoo.com I’m serious, I’m not trying to minimize things but many of us are tired and sad, and every little bit helps. Feelings of fear, anger, and being just plain tired are sentiments I’ve heard echoed by by Black friends and family and knowing we are being heard and helped in ways that we need are invaluable.

This movement is certainly about much more than a hashtag, it’s about people who will never walk with us again in this lifetime. Recently NPR created a post listing some of the names of those black individuals have died at the hands of police. Saying “we wanted to learn more about each person’s final moments before the police ended their lives. Here’s some of what we learned:

Eric Garner had just broken up a fight, according to witness testimony.

Ezell Ford was walking in his neighborhood.

Michelle Cusseaux was changing the lock on her home’s door when police arrived to take her to a mental health facility.

Tanisha Anderson was having a bad mental health episode, and her brother called 911.

Tamir Rice was playing in a park.

Natasha McKenna was having a schizophrenic episode when she was tazed in Fairfax, Va.

Walter Scott was going to an auto-parts store.

Bettie Jones answered the door to let Chicago police officers in to help her upstairs neighbor, who had called 911 to resolve a domestic dispute.

Philando Castile was driving home from dinner with his girlfriend.

Botham Jean was eating ice cream in his living room in Dallas.

Atatiana Jefferson was babysitting her nephew at home in Fort Worth, Texas.

Eric Reason was pulling into a parking spot at a local chicken and fish shop.

Dominique Clayton was sleeping in her bed.

Breonna Taylor was also asleep in her bed.

And George Floyd was at the grocery store. ”

June 9, 2020 The Many Faces of Oshún
Recent Comments
0 | Leave a Comment
"Thank you there are many posts on the blog talking about the Orishas, I hope ..."
lilithdorsey The Many Faces of Oshún
"You are always so informative, sharing great knowledge. Now I know its benefits i really ..."
Jennifer Herbal Magick: The Divine Beauty of ..."
"I have always wanted to know about the orishas. The post has helped me know ..."
Jennifer The Many Faces of Oshún
"I always love your blog. So many posts with great herbal information. Thanks"
Jennifer Herbal Magick: Peonia Seeds for Protection
Browse Our Archives
get the latest from
Voodoo Universe
Sign up for our newsletter
POPULAR AT PATHEOS Pagan
1 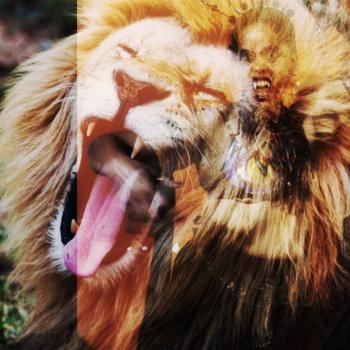