Who’s the Best Bond of Them All?

Roger Moore, who played an ever-so-suave James Bond in the 1970s and ’80s, told Fox News yesterday that he doesn’t think he was a particularly good Bond at all. The 87-year-old said that Sean Connery and Daniel Craig were/are the best Bonds in history. He ranks himself “a little big behind George Lazenby, I suppose.”

Now, Fox News took that to mean that Moore thought himself the fourth-best Bond, which isn’t what he really said. Lazenby? The guy who was the worst thing about On Her Majesty’s Secret Service? There’s no way he’s the third best 007. Not unless we wiped out all Bond movies made after 1970.

I’m a fan of James Bond. Weird, I know. His entire 53-year career has been one long litany of objectionable content, which I dutifully track at Plugged In. But I started watching Bond movies long before I even knew what a Vodka Martini was, so he’s sort of grandfathered into my entertainment predilections. And I’ve used every opportunity I’ve had to write about him.

When I was a reporter at The Gazette in Colorado Springs, I conned my editors to letting me re-watch every single Bond flick (official and unofficial) and tabulate just how often he killed, swilled martinis and bedded. (An eerie foretelling of my current day job, actually). I’ve written about how 007 is a horrible role model, but also argued that the James Bond in Skyfall is a model of Christian obedience. I own, I think, every official Bond movie there is—even Moonraker. So I definitely have some thoughts on who the best Bonds really are.

1. Sean Connery. You don’t mess with the original. Connery played 007 in six official Bond productions and one unofficial flick (Never Say Never Again), and I don’t think anyone has ever quite matched the guy’s blend of ultra-cool and frightening lethality. True, the action in these early films doesn’t feel quite as expertly paced as it does today, and Bond would’ve been arrested several times for sexual harassment, if not worse. But when it comes to that on-screen charisma, everyone’s still trying to measure up.

Best movie: From Russia With Love. The scene on the train, where he faces Robert Shaw’s Grant, is one of my favorite scenes in any movie, anywhere.

2. Daniel Craig. The newest Bond truly ushered the franchise into a post-9/11 world (2002’s Die Another Day starring Pierce Brosnan notwithstanding), giving the franchise a colder, grittier feel. Craig is not glib, despite his propensity to snap off one-liners. The guy is a weapon dressed in a tuxedo—and he’s the first real Bond to hint that, behind the tuxedo and smile, all is not well behind those calm, cold eyes. Never has charm been quite so terrifying.

Best movie: Skyfall. It should’ve been nominated for a Best Picture Oscar. And frankly, looking back, it might’ve been better than the eventual winner (Argo). 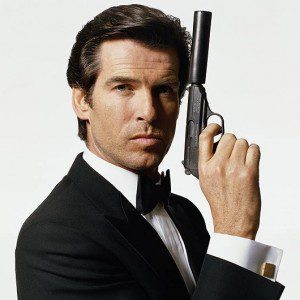 3. Pierce Brosnan. This poor guy doesn’t get a lot of respect in Bond circles. But for my money, he proved to be a pretty great Bond until the gadgets kinda killed his cred. And while his character was built around his suave, unflappable persona, he was actually did a very credible job playing a scarred, world-weary Bond in GoldenEye, his first turn in the role.

4. Roger Moore. Waddya know, Fox News was right! Moore was actually the first James Bond I actually saw in theaters, in For Your Eyes Only. He 52 then, and beginning to look it. Throughout his career, he always looked more comfortable at the baccarat table than gunning down SPECTRE agents, and it didn’t help that, during the Moore era, the series didn’t seem to be sure what it wanted to be—a gadget-riddled campfest or a gritty actioner. Honestly, it speaks volumes to Moore’s talent and charisma that he felt at home in both.

Best movie: The Spy Who Loved Me, in part because it contains my favorite Bond vehicle—the Lotus Esprit that could go underwater. Just writing this makes me want to watch The Man With the Golden Gun again, though.

5. Timothy Dalton. I never quite knew what to make of Dalton in the role. The grit he brought to Bond seemed a little out of place for the era, perhaps, and he could never master the humor the role required. He tried to be a traditional Bond in The Living Daylights, then became a renegade, British version of Dirty Harry in Licence to Kill. Ah, well. Not everyone was built to fit into the tux.

Best movie: We’ll give this to The Living Daylights, mainly because Bond and Bond girl Kara Milovy (Maryam d’Abo) slalom down a mountainside in a cello case.

6. George Lazenby. When Sean Connery quit James Bond after You Only Live Twice, producers snagged the Australian model George Lazenby to fill his very large shoes. Frankly, I don’t think it’s Lazenby’s fault that he wasn’t up to the challenge. The guy didn’t have any acting experience, and as we learned, it takes more than just a pretty face to front a Bond movie. Too bad, really. On Her Majesty’s Secret Service featured one of the best Bond girls (Dianna Rigg as Tracy), the best villains (Telly Savalas as Blofeld) and one of the most compelling scripts in early Bond history.

Best Movie: On Her Majesty’s Secret Service. Kind of an easy selection, really. 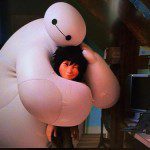 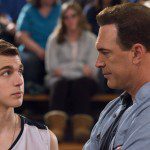 January 30, 2015 Should Churches Be Movie Houses, Too?
Recent Comments
0 | Leave a Comment
Browse Our Archives
get the latest updates from
Watching God
and the Patheos
Entertainment
Channel
POPULAR AT PATHEOS Entertainment
1 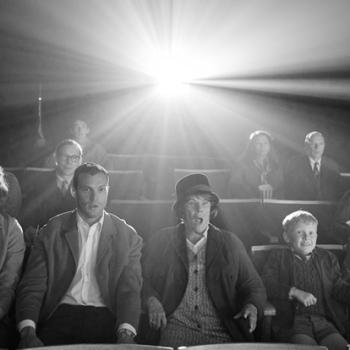 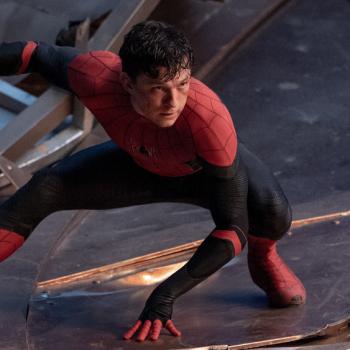