Are the Avengers Religious? 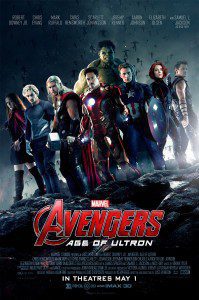 Superhero stories often have religious oomph to them. It’s only natural, really: You’re dealing with tales that dive into the nature of good and evil, are predicated on themes of justice and redemption and often star cape-wearing demigods. But who or what, exactly, do these superhuman wonders worship themselves? That can be tricky to parse.

Thankfully, a site called comicbookreligion.com helps keep track of all this spirituality. And according to the site, The heroes we’ll see in The Avengers: Age of Ultron are a pretty religious lot.

Captain America, hailing from a more explicitly religious age, is protestant. The site labels Hawkeye as simply “Christian.” Iron Man is “mostly secular,” though the site notes that he sometimes prays. Bruce Banner (a.k.a. Hulk) is a lapsed Catholic, while Black Widow has fallen away from the Russian Orthodox Church. The site labels Thor as a god himself, which sorta sidesteps the whole issue. Thor and his Asgardian pals are clearly mortal in the movies, and just who or what Thor himself might worship is a bit uncertain.

Thor is still classified as one of Marvel’s most “religious” characters, according to adherents.com: In 1993’s Infinity Crusade No. 1, he was (ahem) spirited away, along with 32 other do-gooders, by someone called “the Goddess” due to his religious leanings. Among other Marvelites taken? Quicksilver and Scarlet Witch, both of whom figure prominently in Age of Ultron.

We should add a bit of a wildcard to the mix, too—director Joss Whedon. While Whedon is an atheist, much of his work has dabbled in spiritual themes, and he typically treats them fairly respectfully. And as others have noted, his work is buoyed by a deep undercurrent of hope.

When Entertainment Weekly asked in 2013 about this optimistic thread in his movies—even though he admitted, “I have no hope,” here’s what he said:

My stories do have hope because that is one of the things that is part of the solution—if there can be one. We use stories to connect, to care about people, to care about a situation. To turn the mundane heroic, to make people really think about who they are. They’re useful. And they’re also useful to me. Because if I wrote what I really think, I would be so sad all the time. We create to fill a gap—not just to avoid the idea of dying, it’s to fill some particular gap in ourselves. So yeah, I write things where people will lay down their lives for each other. And on a personal level, I know many wonderful people who are spending their lives trying to help others, or who are just decent and kind. I have friends who are extraordinary, I love my family. But on a macro level, I don’t see that in the world. So I have a need to create it. Hopefully, that need gets translated into somebody relating to it and feeling hope. Because if we take that away, then I’m definitely right. I want to be wrong, more than anything. I hate to say it, it’s that line from The Lord of the Rings—“I give hope to men; I keep none for myself.” They say it in Elvish, so it sounds super cool.

It’s a fascinating quote, and one elegantly unpacked by Aaron Earls at The Wardrobe Door:

How appropriate that he quotes from [J.R.R.] Tolkien’s masterpiece. The deeply Christian Tolkien gave us the word eucatastrophe … the idea of hope and joy bursting into a story at the last moment when there seems to be none. Tolkien, C.S. Lewis and others could write stories with this hope because they knew hope. They had experienced the Eucatastrophe in the incarnation and resurrection of Christ. They recognized that their myths, and all other myths, were a reflection of the one true myth. I cannot imagine the intense pressure and strain to give out what you don’t have, as Whedon is attempting to do.

I have many more thoughts specifically on Age of Ultron that I’ll be sharing with you early next week: Wanted to give y’all a chance to watch the thing first. But be assured, there’ll be plenty to talk about. 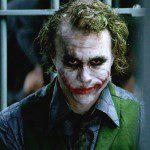 April 27, 2015
How Good, Evil and Faith Intersect at the Aurora Shooting Trial
Next Post 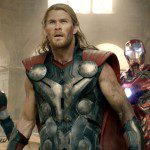 May 4, 2015 Age of Ultron May Be the Most Spiritual Superhero Movie Yet
Recent Comments
0 | Leave a Comment
Browse Our Archives
get the latest from
Watching God
Sign up for our newsletter
Books by This Author Books by Paul Asay