Is Joss Whedon’s Bleak Worldview Responsible For His Hopeful Storytelling? 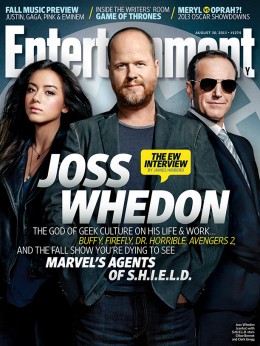 One of the reasons I’ve been a fan of Joss Whedon’s work on TV shows like “Buffy,” “Angel” and “Firefly – and movies like “The Avengers” – is that his stories convey a sense of hope. That hope is often hard-won because it involves enduring struggle, suffering and sacrifice for the sake of loving another person or a higher good. But as a viewer, that just makes me more invested in the story.

And despite the fact that Whedon is an atheist, he possesses an innate sense of Christian ethics in those aforementioned areas, even though he likely wouldn’t call it that himself.

For instance, in an episode of the short-lived space western “Firefly” entitled “Jaynestown,” the character Jayne Cobb (Adam Baldwin) returns to a territory called Canton where he once stole money from the magistrate. He never got to enjoy the loot, though, because he had to jettison it from his spaceship to escape anti-aircraft fire.

Jayne expects to be public enemy #1 in Canton, but is shocked to learn its slave-citizens have erected a statue to him as a Robin Hood-like hero because they believe the money he dumped from his ship was meant to benefit them.

Jayne enjoys the positive attention he’s getting until his old partner reveals the truth to everyone: Jayne wasn’t being a hero, just a self-serving mercenary. When his old partner tries to shoot Jayne, a young slave jumps in front of him, sacrificing his own life for the man he called “the Hero of Canton.”

Jayne is furious that a good man willingly chose to give his own life to save him, especially after he found out that Jayne wasn’t worthy. After he escapes from Canton, Jayne remains torn up by what happened saying, “Don’t make no sense.”

In a way, that story includes a lot of Christian elements: specifically, the gift of unmerited grace and the choice to lay down your life for someone who doesn’t really “deserve” it. The young slave’s choice to sacrifice himself could even be called Christ-like. He accepted the punishment for Jayne’s sins himself.

And Jayne is right. It “don’t make no sense” by the world’s standards, but it does according to a God who gave His only begotten son so that others might have life. Even on a strictly human level, there is nobility and heroism enveloped in the tragedy of the young slave’s death. The story conveys a hard-won hope that people will act selflessly in dangerous situations.

In light of that theme which runs through much of Whedon’s work, I was surprised to read a recent interview with him in “Entertainment Weekly” in which he describes how dark his worldview actually is. Here’s the first question and answer about the topic:

Whedon: I think that’s absolutely the case. I think we’re actually becoming stupider and more petty. I think we have one shot – and that’s education, and that’s being defunded along with all the social services. What’s going on in this country, and many countries, is beyond depressing…I can’t believe anybody thinks we’re actually going to make it before we destroy the planet. I honestly think it’s inevitable. I have no hope.

That’s pretty bleak. But at the same time, I suspect most of us would agree with Whedon to a certain extent. For instance, in New York recently, we had a one-year-old baby shot in the head in an attempted gang killing. Then there was a 13-year-old boy arrested for raping an eight-year-old girl. These and other stories in the news every day don’t exactly suggest the inherent goodness of humanity.

From a Christian standpoint, of course, we don’t believe we can save ourselves. We rely on the author of humanity to guide us in the right direction, to inspire the better angels of our fallen human nature. We have to respond to that grace, though, so if we’re too wrapped up in ourselves, the world could easily go to hell. In that respect, Whedon’s way of thinking might resonate with many of his Christian fans.

But maybe even more telling than his comments about having no hope are his insights on writing which he addresses in the subsequent question:

Whedon: No. My stories do have hope because that is one of the things that is part of the solution – if there can be one. We use stories to connect, to care about people, to care about a situation. To turn the mundane heroic, to make people really think about who they are. They’re useful. And they’re also useful to me. Because if I wrote what I really think, I would be so sad all the time. We create to fill a gap – not just to avoid the idea of dying, it’s to fill some particular gap in ourselves. So yeah, I write things where people will lay down their lives for each other. And on a personal level, I know many wonderful people who are spending their lives trying to help others, or who are just decent and kind. I have friends who are extraordinary, I love my family. But on a macro level, I don’t see that in the world. So I have a need to create it. Hopefully that need gets translated into somebody relating to it and feeling hope. Because if we take that away, then I’m definitely right. I want to be wrong more than anything. I hate to say it, it’s that line from ‘The Lord of the Rings’ – “I give hope to men; I keep none for myself.” They say it in elvish, so it sounds supercool.

I don’t think Whedon’s personal hopelessness is that unique. But his channeling that hopelessness toward a positive result does make him stand out. He’s not trying to drag people down to his way of thinking, but rather raise them up to be better than they are.

In that sense, Whedon, as an author of stories, is acting similar to the author of all life who set our human stories in motion, who created us with the purpose of connecting to one another, caring about each other, and caring about the world in which we live. Whedon wants his writing to “make people think about who they really are.” That’s the purpose of religion as well – because if we really saw and treated each other like we were each created in the image and likeness of God, most of the world’s problems would disappear.

And the fact that Whedon is trying to create something in which he doesn’t believe, makes him Mulder-esque in my book. In other words, Chris Carter, the creator of “The X Files,” has said the show’s “I Want to Believe” theme about the existence of aliens also reflected his personal search for a good God. Whedon may not be searching for God – at least not consciously – but his quest to create a better world through storytelling is a noble goal in itself.

In addition to his genuine talent, maybe it’s that wrestling with the darkness that has made Whedon such a success. He doesn’t tell stories that are simplistic, pat and result in happily ever after with minimal effort; he creates three-dimensional characters whose choices, motivated by love and friendship, connect with viewers on a mental, emotional and even spiritual level. And they connect because there’s something beautiful about them.

Beauty isn’t an obvious element in sci-fi or action stories, but it’s a conscious presence in Whedon’s work. In the “Firefly” example above, there’s somthing beautiful about the young slave’s sacrifice for Jayne. In “The Avengers,” there’s an inherent beauty to Tony Stark’s willingness to sacrifice his own life to save the world.

Even in the upcoming ABC series “Marvel: Agents of S.H.I.E.L.D,” which Whedon is overseeing, the goal is to make the stories “funny, sad, wondrous and beautiful.” Yes, a comic book show wants to depict beauty. Not what you’d expect, but a welcome element from a talented storyteller whose work aims higher than most.

In a way, Whedon’s approach reminds me of something singer-songwriter Audrey Assad wrote a while back: “I have long believed that true Beauty can change a world where truth and goodness are no longer important to most people. Beauty is still idolized in our society, and so it still has influence, however warped its role may have become. But the remarkable thing about true Beauty is that, when it is real and when it is pure, it carries in itself Truth and Goodness. The three are inseparable. And the best thing I can do as an artist who wants to serve the Church is to love all three, and to pursue them with prayer and humility…”

Though Whedon isn’t looking to serve the Church (they part ways on some obvious issues like the existence of God), he is looking to serve humanity. It appears to be a primal urge within him that’s so strong, even his hopelessness can’t overcome it. And since great stories are born through great struggle, his success as a hopeful storyteller may continue for a long time. 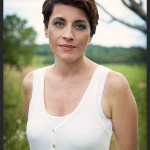 September 18, 2013
A Musical Journey Through Grief: From Despair and Anger at God to Hope and Healing
Next Post