In the traditional Christian testimony, we know what comes next. Once you hit rock bottom—when you have no other options—you turn to Jesus. You put your faith in him.

Obviously, Tony does not get on his knees and say the Sinner’s Prayer. He and Yinsen build a big, heavy, metallic suit with flame throwers on it. On the surface, Tony puts his faith in his own welding skill, not in Christ.

But when you look at what Tony’s Iron Man suit ultimately looks like, it’s … interesting. The jets on the suit’s hands and feet are exactly where medieval and Renaissance artists painted the wounds Jesus suffered on the cross. The suit is colored red and gold, the color of blood and of royalty.

And then, there’s the miniature engine—the Arc Reactor—that powers the suit and keeps those pesky metallic shards away from Tony’s ticker. The movie paints it almost as an alternate heart at times. When Pepper Potts, Tony’s highly capable assistant and future love interest, gives Tony an old Arc reactor a gift, it comes with a plaque bearing an inscription: “Proof that Tony Stark has a heart,” it says. The Arc Reactor becomes, in a sense, a new heart for a new man—one that, in Iron Man 2, is shaped like a triangle. Obviously, I don’t think the makers intentionally shaped the new reactor to echo the Trinity, but still, I find it a nice echo anyway.

Even the device’s very name—Arc Reactor—contains a nifty scriptural echo. Noah’s ark bore every living thing on earth. The Ark of the Covenant bore the Ten Commandments and some other nifty relics. Mary has sometimes been characterized as the Ark of the New Covenant, bearing as she did God’s greatest gift to us.

Throughout the Bible, arks are things containing things deeply precious to God—elements intrinsic to humanity’s future. So might it be with this Arc? The device, planted, right by Tony’s own heart, becomes the instrument that keeps him alive and breathing. It’s almost as if the man was gifted with new life. As if he was born again.

In the traditional testimony, we hear people say how greatly their own lives changed when they turned them over to Jesus. Nothing was ever the same. It changed how they saw the world. How they saw people within that world. Their conversion, they say, transformed every aspect of their lives. And while it didn’t make things any easier, it definitely made things better.

We see a similar change take place within Tony. He has purpose in his life. Meaning—even if that meaning discomforts those around him.

“I shouldn’t be alive,” Tony says in the clip. “Unless it was for a reason.” And that simple truth—one that most Christians share with him—animates the rest of his story.

And that’s where, I think, things get even more interesting. 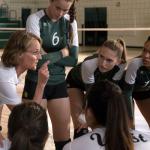 April 4, 2018
The Incredible Faith Behind ‘The Miracle Season
Next Post 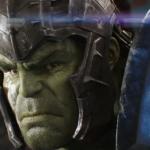 April 12, 2018 The Incredible Hulk and the Terrific, Terrifying Power of Faith
Recent Comments
0 | Leave a Comment
"The author, starts the article with a dismissive/arrogant affirmation unto all that are worthy to ..."
oscar deltoro ‘I’m Just Fascinated by It.’ Morgan ..."
"*tenets*"
eeenok Doc ‘We Believe in Dinosaurs’ Highlights ..."
"“It’s fired imaginations of anyone and everyone who hears it—including me, in fifth grade...”Yes, it ..."
GalapagosPete Doc ‘We Believe in Dinosaurs’ Highlights ..."
"Just seen this movie and loved it. As a Christian, I witness the world’s dysfunctional ..."
James Glover Captain Fantastic: The Anti-Christian Christian Movie
Browse Our Archives
Follow Us!