Four Reasons Why A Quiet Place is One of the Year’s Best—and Most Spiritual—Movies July 12, 2018 Paul Asay

Look, I’ve seen a lot of good movies this year. First Reformed was great and challenging. Leave No Trace was great and poignant. Won’t You Be My Neighbor? was just plain great.

But I don’t know if I’ve enjoyed, and thought about, a movie this year as much as I have  A Quiet Place, out on DVD and Blu-Ray as of Tuesday.

Director John Krasinski’s haunting thriller is a great piece of popcorn cinema—tense and terrifying and flat-out fun. It’s beautifully crafted, too, so much so that it holds a 95% freshness rating on Rotten Tomatoes.

But it’s also a film about family and, I think, faith, with hints and echoes of Christianity sowed in the whole in a (fittingly) muted but unmistakable way.

And it begins with movie’s most notable element: Its silence. 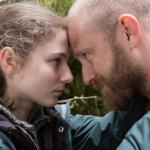 July 7, 2018
Leave No Trace: The Powerful, Painful Lesson Found in a Beautiful Movie
Next Post 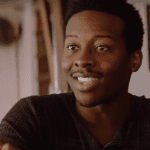 July 26, 2018 CBS' Upcoming Drama, 'God Friended Me,' Looks Pretty Interesting
Recent Comments
0 | Leave a Comment
"The author, starts the article with a dismissive/arrogant affirmation unto all that are worthy to ..."
oscar deltoro ‘I’m Just Fascinated by It.’ Morgan ..."
"*tenets*"
eeenok Doc ‘We Believe in Dinosaurs’ Highlights ..."
"“It’s fired imaginations of anyone and everyone who hears it—including me, in fifth grade...”Yes, it ..."
GalapagosPete Doc ‘We Believe in Dinosaurs’ Highlights ..."
"Just seen this movie and loved it. As a Christian, I witness the world’s dysfunctional ..."
James Glover Captain Fantastic: The Anti-Christian Christian Movie
Browse Our Archives
get the latest from
Watching God
Sign up for our newsletter
POPULAR AT PATHEOS Entertainment
1

"Definitive Bonhoeffer biography for the 21st...
{Take & Read}
Books by This Author Books by Paul Asay