Mandy is the Craziest Movie of the Year. (Naturally, It Stars Nic Cage)

Mandy is the Craziest Movie of the Year. (Naturally, It Stars Nic Cage) September 12, 2018 Paul Asay

First, let’s unpack Mandy’s own character a bit. As mentioned, she’s a music fan whose shirts suggest a yen for metal old (Black Sabbath) and, in 1983, new (Mötley Crüe). But those shirts come with some visual baggage very much intended, I think. the Crüe shirt is stamped with a pentagram. The Sabbath shirt is … well, self-explanatory. The shirts certainly hint at the near-literal hellish scenes to follow. But they also may offer a nod to Mandy’s own sense of spirituality—connecting her visually with witchcraft. The movie never suggests she worships Satan, mind you—we’ll have more to say about some more diabolical characters later on—but she does seem to carry with her a more modern pagan vibe, almost druid-like, deeply connected to the primal forces of nature. She walks through the woods in visions and rises from the water like a naiad.

And—spoiler alert—she meets her end in fire, almost as if she was burned at the stake.

The immolators, the cultists, seem to believe they’re Christians, too—or, at least, they seem to embrace some of its trappings. Some wear crosses around their necks. Their own pyre-like hideout is shaped like a steep pyramid and bears a Christian cross on its side. At one point, Red even calls them “Jesus Freaks.”

But Jeremiah Sand knows full well that he and his merry band left the orthodox faith some time ago,  pursuing instead what he believes to be his own divine calling. Indeed, Jeremiah says that God spoke to him directly. “He blessed me with his holy kiss,” the cult leader says, and gave Jeremiah “permission to go out into the world and take what is so very much mine. All of it, mine.”

Significantly, when Jeremiah has a crisis of faith, he speaks to himself in the mirror. He is his own god.

(Perhaps there’s a certain lesson to be gleaned from Jeremiah here—how Christians often shape God in their own image, and how that can twist the faith into something nearly inhuman and rarely humane.)

But lesson or no, Jeremiah and his people are not Christians. Cosmatos makes that clear. “You know what Jesus’ big mistake was?” Jeremiah says. “He didn’t offer up a sacrifice in His stead.” Why die for others when you can have others die for you? He seems to ask.

Many die for Jeremiah, and many kill for him. The forces he calls from the darkness feel indeed demonic and bloodthirsty, demanding blood sacrifices even as they themselves roll in their own sins. (One is found in a filthy house, a mountain of cocaine on the coffee table while a pornographic movie plays on the television.)

Jeremiah, in worshipping himself, worships a much darker deity, too. Fascinating that, underneath his pyramid-shaped compound, he scurries around in smoking, red-drenched tunnels—a truly hellish refuge of this cross-carrying antichrist.

And Red himself? He transforms into his own sort of monster—a maniacal angel of death drenched in blood. He, too, proclaims godship for himself, the power of life and death over his scurrying quarry.

It’s a fascinating, spiritually drenched dreamscape—one that I actually appreciate more when I’m not actually watching it.

Mandy’s the sort of movie that might need to be seen twice to really see its depths unfold. But for now, one viewing is more than enough for me. 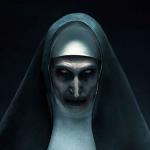 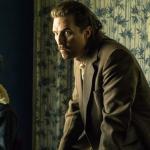 September 20, 2018 The Critical Lesson White Boy Rick Teaches About Family
Recent Comments
0 | Leave a Comment
"Thanks, BrowserPhil ... so embarrassing. Aravis was from The Horse and His Boy, right?"
Paul Asay Narnia Comes to ‘The Falcon and ..."
"Please replace Aravis with Jadis. :-)"
BrowserPhil Narnia Comes to ‘The Falcon and ..."
"I know that the first film on this list not explicitly about Christian faith, Denis ..."
Robert Charles The 12 Best Non-Christian Christian Movies ..."
"The author, starts the article with a dismissive/arrogant affirmation unto all that are worthy to ..."
oscar deltoro ‘I’m Just Fascinated by It.’ Morgan ..."
Browse Our Archives
get the latest updates from
Watching God
and the Patheos
Entertainment
Channel
POPULAR AT PATHEOS Entertainment
1