Captain Marvel Isn’t a Great Movie. But it has a Great Message

But as I said in my Plugged In review, the movie feels too small for its hyper-charged superhero. When you introduce a character as powerful as Brie Larson’s Carol Danvers, you’ve got to make her feel vulnerable somehow: Give her a most-ferocious bad guy, for instance, or show the character in moments of weakness. When you make a hero too strong, you risk making that hero less human, and less interesting. Superman needs his kryptonite.

I wonder whether some of Captain Marvel’s best, most humanizing moments, might’ve ended up on the cutting room floor. Because in the rare moments when we do see a very human Carol Danvers on screen, she’s pretty intriguing.

The movie does point toward moments when Captain Marvel wasn’t so Marvelous. We see her as a child, falling or being knocked down or crashing a go-cart. People belittle and demean her, telling her that she’ll never amount to anything.

These moments clearly had a massive influence on the young Carol Danvers, plowing the path toward the person she would become. Maria, her best friend (played by Lashana Lynch), tells Carol that she was already the strongest person she knows—and that strength has nothing to do with her superpowers.

But the film doesn’t spend much time or energy in that direction. It does more telling than showing. And honestly, that’s the side of Captain Marvel that I wish the movie had explored more: Her humanity, not her near-divine superpowers.

Sure, I get that she’s gotta tangle with Thanos in Avengers: Endgame, and viewers have to understand she has the oomph to pull it off. But with a character so powerful, it’s even more important to make that character relatable. Marvel’s movies have always excelled at that. That was Iron Man’s secret sauce. The two best Thor movies have been about cutting down the “god of thunder” down to size. In Marvel’s movies, humility is often the springboard to heroism. What makes you a hero has nothing to do with whether you can shoot plasma bolts out of your fists.

But even if Captain Marvel didn’t go down this road as far as I’d like, it’s still there. Near the end of the movie, we see a montage of moments where Carol brushes off the bruises, shakes off the insults and stands. Every time she falls, she gets up and stands again.

That’s the real Konami code to life, right? The resiliency we show in the face of life’s trash and tragedies. We succeed not because we never fall. We succeed because we get back up.

And it’s a pretty biblical message, too.

In Romans 5, Paul says that “we rejoice in our sufferings, knowing that suffering produces endurance, and endurance produces character, and character produces hope, and hope does not put us to shame, because God’s love has been poured into our hearts through the Holy Spirit who has been given to us.”

We’re a suffering-averse culture. We minimize risk. We seek out comfort. Sometimes, we reject the challenges in front of us for fear we might fail. And you know what? We’re right! We might fail.

But Captain Marvel reminds us, albeit imperfectly, that failure is a critical ingredient in success. Each failure, if we learn from it and persevere through it, can be a building block to becoming the person God ultimately wants us to be.

That’s the message I take away from this just fine film. And as we get to know Carol Danvers better in the movies to come, I hope we’ll see more of it. 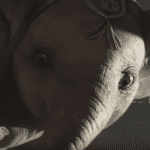 March 6, 2019
Dumbo Takes Flight (in This Behind-The-Scenes Snippet)
Next Post 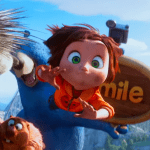