Storytelling is Not a Democracy.

In the closing moments of HBO’s Game of Thrones, a haggard Tyrion Lannister suggests that neither gold nor armies nor patriotic pride rule the world. It’s story.

“There’s nothing in the world more powerful than a good story,” he says. “Nothing can stop it. No enemy can defeat it.”

For eight seasons, Game of Thrones has been one of the most popular and compelling stories in culture. And then last night—according to some fans—the whole thing crumbled like King’s Landing.

Let’s set aside for a moment how violent and tawdry and often misogynistic the show’s been from its opening bell and accept that Game of Thrones became a cultural phenomenon with reason. Taking its cues from author George R.R. Martin, HBO’s Thrones engulfed viewers into a strangely realistic fantasy realm where high ideals ran headlong into brutal, sadistic cynicism. The characters were richly layered. The special effects were top-notch. With all due respect to Peter Jackson’s Lord of the Rings, I’m not sure if I’ve seen a more complex treatment of a made-up world on screen.

But according to longtime fans, Season Eight has been (to put it generously) uneven. Viewers particularly excoriated the show’s last two episodes (even as ratings for those same episodes set records for HBO). People have complained about Daenerys’ turn to the dark side. Some were upset that Sansa didn’t take the throne (though Sophie Turner, Sansa herself, was just fine with it). They were furious that Brienne got all sentimental about her ex-beau, Jaime, and have even been editing what she wrote in the Book of Brothers. And they’re not happy that another inappropriate drinking vessel found its way to Westeros—this time, apparently, a water bottle.

Sir Arthur Conan Doyle could tell us that fan rage is nothing new. The Sherlock Holmes author killed off his most famous detective in 1893, only to have fans demand his return. Doyle acquiesced, and Holmes technically outlived his creator. But such public outcries were rare.

Social media—the great democratizer of public discourse—changed that, of course, as it has so many other things. No longer do we simply consume stories (and perhaps grumble privately if they feel to meet their expectations): We can, in a way, participate in them. Shape them. And, if their favorite stories fail us in some way, we can flay them—and their creators—like an upstanding member of House Bolton.

About 60% of fans disliked the Game of Thrones finale, according to a non-scientific poll by USA Today. And some of the haters really hated the thing. Fans have been circulating an online petition to force HBO to “remake Game of Thrones Season 8 with competent writers.” (While Sophie Turner says the petition is “disrespectful,” that hasn’t stopped 1.3 million people from signing it.)

But all this outrage does not eliminate a sobering truth. Storytelling is not a democracy. It is a dictatorship. And it should be.

Listen, I get angry when people muck around in my favorite stories and misunderstand my favorite characters, too. (Don’t get me started on Zack Snyder’s take on Batman.) And admittedly, today’s most popular stories—those we see in movies and on television—have lots of hands in the kettle. Game of Thrones was the product of the work of hundreds of people, if not thousands. And many of them—from the writers to the directors to the actors—were able to, through their own talents and takes on the story and characters, shape the story itself.

But Game of Thrones really owes its success to its first storyteller, George R.R. Martin. He created a world utterly unique, one impossible to craft by committee. The narrative chances he took in his books, especially early on, would never earn raves from test audiences or thumbs-up from skittish marketing execs. Remember the death of Ned Stark? The Red Wedding? You think the majority of fans would’ve given those a stamp of approval? I read Martin’s novels, but man. If I was in charge, I would’ve had Roose Bolton get eaten by a kraken or something by the second book.

The best stories have one teller. One vision. Even in ultra-collaborative efforts like the Marvel Cinematic Universe, you see the thousands of folks involved submit and serve the dictates of the story and vision itself. Thor: Ragnarok was so successful because the its bill-payers and check-signers submitted to the singular, quirky vision of director Taika Waititi. But he, in turn, also submitted to create a story within the greater framework of the MCU—and the overall vision of MCU producer Kevin Feige.

‘Course, the worst stories are often singular visions, too. Many a Star Wars fan wishes George Lucas would’ve turned over The Phantom Menace to a committee. But I do believe that storytellers—even bad or misguided storytellers—have the right to tell the stories they want to tell. In the end, those who love these stories are just along for the ride. If we get on the bus, we don’t get to tell the driver to take a right at Albuquerque. Sure, we can get off if the destination or direction displeases us. But I don’t think we have the moral authority to take the wheel.

I wonder whether our frustrations with how other people’s stories reflect the frustration we feel with our own.

When I hear many critiques of Game of Thrones, it’s about what characters should’ve done—and what the writers shouldn’t have. Daenerys shouldn’t have turned into a vengeance-seeking despot in the penultimate episode (even if the entire series offered hints that such a turn was possible). Sansa should’ve claimed the Iron Throne because, gosh-darn it, she’s had a hard go of it and she deserved it as much as anyone. Brienne should’ve written her own story in the Book of Brothers, not penned an homage to her imperfect one-time lover.

We want to give the characters we love the ending we feel like they deserve. We feel like our characters should behave as we think they should.

But then again, Game of Thrones was meant to be realistic, as fantasy stories go. And in the real world, even we don’t always act as we should or as we’d like. And not all of our stories end as they ought.

Maybe we want to erase the inconsistencies of our favorite characters because we can’t seem to do it in ourselves.

We all think of ourselves as the heroes in our own stories, and so we are. But we’re our stories’ unreliable narrators, too. Even, at moments, its villains. We fail. We panic. We whine. And sometimes, we just don’t make sense. Even to ourselves.

We love stories for a lot of reasons, but in part it’s because they tend to be relatively tidy things. They weave a world that somehow makes sense. Through stories, we see purpose to it all—even in the worst of our characters’ times or their most difficult of circumstances.

“It’s like in the great stories, Mr. Frodo,” Sam Gamgee says in The Two Towers. “The ones that really mattered. Full of darkness and danger they were. And sometimes you didn’t want to know the end… because how could the end be happy? How could the world go back to the way it was when so much bad had happened? But in the end, it’s only a passing thing… this shadow.”

Game of Thrones was inherently and intentionally much messier than J.R.R. Tolkien’s Lord of the Rings. And yet, even in its imperfect conclusion, it offered the same message. There was purpose behind it all—even in the midst of its failings and imperfections.

In some ways, Jon Snow himself sums up the story’s mess in its final minutes, even as his half-brother Bran stresses the purpose.

“I’m sorry I wasn’t there when you needed me,” Jon says.

“You were exactly where you were supposed to be,” Bran insists.

We live in a world of stories, even as we live inside our own. And even though we’re our novel’s own author, the story reads better when we submit to a greater Creator. We find ourselves characters in a much more titanic work—one filled with purpose and power and meaning.

And, God willing in the end, we learn that we’re exactly where we were supposed to be. 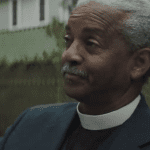 May 10, 2019
How Do You Respond to Unspeakable Hate? With Forgiveness, a New Documentary Says.
Next Post 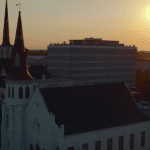 June 4, 2019 New Doc Beautifully Tells a Story of Tragedy and Forgiveness
Recent Comments
0 | Leave a Comment
"Thanks, BrowserPhil ... so embarrassing. Aravis was from The Horse and His Boy, right?"
Paul Asay Narnia Comes to ‘The Falcon and ..."
"Please replace Aravis with Jadis. :-)"
BrowserPhil Narnia Comes to ‘The Falcon and ..."
"I know that the first film on this list not explicitly about Christian faith, Denis ..."
Robert Charles The 12 Best Non-Christian Christian Movies ..."
"The author, starts the article with a dismissive/arrogant affirmation unto all that are worthy to ..."
oscar deltoro ‘I’m Just Fascinated by It.’ Morgan ..."
Browse Our Archives
get the latest updates from
Watching God
and the Patheos
Entertainment
Channel
POPULAR AT PATHEOS Entertainment
1