The Real Horror of Joker

Joker makes fine October viewing, what with Halloween around the corner and all. With all due respect to Annabelle, La Llorona and Pennywise from IT: Chapter Two, Joker is the scariest monster I’ve seen this year.

And he should be. Historically, no fictional character better embodies the squishy concept of evil better than he.

It wasn’t always so. The Clown Prince of Crime has, like his mortal nemesis, Batman, morphed plenty over the years, and in Batman’s campiest days he was about as intimidating than Wile E. Coyote.  But in more recent manifestations—in comics, video games and perhaps especially in Christopher Nolan’s brilliant The Dark Knight—Joker’s character has taken an almost mythic turn into something deeper, richer and far more terrifying. His white face and ghoulish grin seem to represent an unfettered Freudian Id. His preening prattle feels practically Mephistophelian. He’s the chaotic evil to Batman’s (semi) lawful good, an agent that seeks to destroy what’s been built.

It’s no accident, methinks, that so many of today’s cinematic monsters smile as they kill. Annabelle’s horrific grin and Pennywise’s playful banter owe something to Joker, pop culture’s prototypical smiling demon.

But Joker comes with a charisma that the rest can’t—or perhaps don’t dare—match. In Joker, we see more than evil: We feel its pull.

In The Dark Knight, Heath Ledger’s Oscar-winning take on the Joker was primal and powerful: He turned him into a near elemental figure—as true and pure a depiction of charismatic evil as I’ve seen on film. His past was uncertain. His goals were simple—unalloyed by wayward virtue. “Some men just want to watch the world burn,” Arthur tells Batman. And yet, Ledger’s riveting portrayal made his philosophy seem reasonable, even inevitable at times. He reflected a fear that the order we enjoy is a fluke, that goodness is a joke, that eventually the universe will revert to dark, cold chaos—an uncreated state of being.

In my book God on the Streets of Gotham, I suggested that The Dark Knight’s Joker was one of the most devilish characters ever seen on screen—a human avatar of the ultimate adversary, a snake whispering for us to bite the forbidden fruit and see the horrible “truth” of all.

Warner Bros.’ new movie Joker is also, on some level, an examination of the nature of evil. But this flick takes a different, terrifying twist: Is the Joker evil? Or are we? 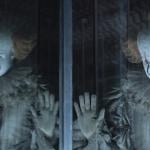 September 10, 2019
Pennywise, Paul and Scary: What IT: Chapter Two Says About Faith, Hope and Love
Next Post 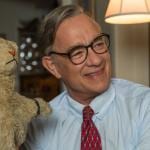 November 21, 2019 A Beautiful Day in the Neighborhood is a Beautiful Movie. It’s Also All About Pain.
Recent Comments
0 | Leave a Comment
"The author, starts the article with a dismissive/arrogant affirmation unto all that are worthy to ..."
oscar deltoro ‘I’m Just Fascinated by It.’ Morgan ..."
"*tenets*"
eeenok Doc ‘We Believe in Dinosaurs’ Highlights ..."
"“It’s fired imaginations of anyone and everyone who hears it—including me, in fifth grade...”Yes, it ..."
GalapagosPete Doc ‘We Believe in Dinosaurs’ Highlights ..."
"Just seen this movie and loved it. As a Christian, I witness the world’s dysfunctional ..."
James Glover Captain Fantastic: The Anti-Christian Christian Movie
Browse Our Archives
get the latest from
Watching God
Sign up for our newsletter
POPULAR AT PATHEOS Entertainment
1