Anniversary of #MeToo: What Does It Take to Believe?

Anniversary of #MeToo: What Does It Take to Believe? October 15, 2018 Kristy Burmeister

Last week was the 19th anniversary of the night a man broke into my home and set my bed on fire.

This week is the 19th anniversary of the day I dropped out of college, which cost me a full scholarship, so my family and I could move out of state and out of that man’s reach.

And that’s not even the experience I was thinking of when I posted #MeToo last year.

I’ve been thinking a lot about who we believe when we hear about accusations. Any reasonable person looking at the objective facts of my stalking case would make the obvious conclusion that this man was a predator and dangerous to me. I had no reason to lie.

But we aren’t always reasonable when we approach these cases, are we? We aren’t just focusing on information from the case or on trends that we know tend to hold true, but we’re also bringing along our own personal experiences and biases.

The objective facts of my stalking case were:

1)      I was an eighteen-year-old girl with a long-time boyfriend I’d recently gotten engaged to. I wasn’t perfect (who is?), but I was well-known in our community for evangelizing and bringing young people into the church. On the rare occasion I did do something serious, I was honest about it, even when being honest meant more trouble for me. I was very happy with my life at the time.

2)      This man was in his forties, his wife had left him because of domestic violence, and he had been dealing with delusions from untreated schizophrenia. The stories he told about his past and about his relationship with his wife weren’t consistent. Multiple adults in the church we both attended had commented on him following me around and trying to monopolize my attention.

3)      There was a faction within our church that leaned toward Christian Reconstructionism, which meant a return to Old Testament punishments. Punishments like burning adulteress women. This man was close to those families.

Some people will only believe “perfect victims.” Victims don’t come much more “perfect” than I was in 1999. Still, our church council refused to believe that this man was stalking and threatening me.

Some of them were friends with his friends, so if they stood up to this predator, that also meant standing up to their close friends.

It was easier to pretend it wasn’t really happening. It was simply more convenient for them not to believe me.

Before I gets comments asking about it, yes, my family did everything we were supposed to do in this situation. We went to the police. We tried to get a restraining order. Some of the police officers told us they knew this man was dangerous, but their hands were tied by the state’s unhelpful anti-stalking laws.

That’s where we get into talking about proof.

What proof did I have? How do you prove you’re being stalked?

I had a lot of evidence, but no smoking gun. (Which I eventually probably would have had after he’d murdered me while everyone was waiting around for “proof.”)

All the evidence I had pointed to this man. At what point does evidence turn into proof?

He left multiple messages and items for me, but again, nobody witnessed him doing it.

I saw him following me around. My family saw him driving up and down our road. I experienced him obsessing over me at church functions, but what good does that do when someone refuses to believe what I saw with my own eyes?

What do you do when people refuse to take a person’s history into account? When they don’t want to look at that person’s past because those past actions make your accusation more credible?

I’m not angry with the police officers. We require strong evidence for a reason. If someone is convicted of a crime in a court of law, they lose their freedom.

Our church council may not have been able to be 100% certain that I was telling the truth and this man was lying, but they could be reasonably certain, given the facts they knew and taking our histories into account.

I realize people are worried about ruining someone else’s life with a false accusation. That’s why we need to look at these accusations objectively.

Objectively, it’s very rare for someone to make a false accusation.

In my case, I had nothing at all to gain from it. In fact, I wound up losing almost everything through this ordeal: my home, my fiance, my scholarship, my friends, and my church.

Someone who has shown themselves to be a normal, reasonable person isn’t likely to make a false accusation. The risk is too high and the potential for a good outcome is too remote. Look at what they might have to gain or lose by making the accusation. That will help you understand if it’s credible or not. An accusation by a credible person isn’t proof, but it is good evidence.

If the accusation is most likely to be true, we don’t have to wait around for proof we’ll never get. Sexualized violence, by its very nature, is often impossible to prove. It’s a crime that usually doesn’t have witnesses other than the predator and the victim. It’s a crime that often doesn’t leave behind physical evidence, and even when it does, rape kits are often left unprocessed.

If someone in my church community right now came forward with an accusation against someone else in my church, and the accuser had shown themselves to be credible in the past, I would take it very seriously. If I couldn’t see anything they would stand to gain from that accusation, I would take them more seriously. I would push for the alleged predator to be removed from any position of power, even without definite proof. If we demand absolute proof on these cases, that’s just enabling abusers to continue preying on more victims. We’ll never be able to get a handle on sexualized violence if we can’t hold predators accountable for their actions. When absolute proof doesn’t exist, we can still take some actions when we’re reasonably certain an accusation is true.

I’m not saying we should believe every person who comes forward with an allegation. I’m saying we need to stop this knee-jerk reaction of disbelief when a person comes forward. When we rein in the instinct to turn away or automatically disbelieve, we can start looking at these allegations objectively. When we do that, we’ll find that most of them are credible, and then we can act in whatever capacity we’re able to act within the context we find ourselves in.

Depending on the accusation and the amount of evidence, that could mean different things. It might mean the person accused can’t babysit your children, just to be on the safe side. It could mean a person isn’t allowed to have a position of authority within your community. It might mean they lose their job.

When I first started sharing my story with Christians, I heard, “I’m so sorry.” At the time, that was exactly what I needed to hear from people inside churches. Now, though, what I really want to hear from anyone who feels anything approaching empathy for me is, “I won’t let this happen in my church.”

Because, when we get right down to it, predators will find it much harder to continue this evil when we stop enabling them.

(Please note I write about parts of my stalking case sometimes, but I don’t list every single thing that happened in a short blog post. I get a lot of questions like, “Why didn’t you just…?” when I write about it. If you’re interested in the entire story, you can read my memoir, Act Normal: Memoir of a Stumbling Block, for free in you have a Kindle Unlimited subscription.) 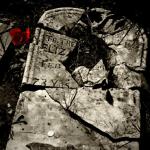 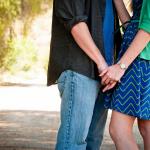 October 23, 2018 Joshua Harris Stops Printing I Kissed Dating Goodbye
Recent Comments
4 Comments | Leave a Comment
Browse Our Archives
get the latest from
Catholic
Sign up for our newsletter
POPULAR AT PATHEOS Catholic
1

Fetal Cell Lines Are Not Continual...
Through Catholic Lenses
Related posts from Way Station in the Wilderness