Adventures in Trying to Get to Mass

Adventures in Trying to Get to Mass November 11, 2018 Kristy Burmeister

I tried to make it to Mass this weekend. We got one of those November snowfalls I’m somehow always surprised by, even though I’ve lived up north for most of my adult life. I wasn’t going to let some slushy and icy roads slow me down, though.

My car is iffy these days, so I asked to borrow one of my parents’ vans. The night before, the muffler fell off one of the vans (because of course it did), so my daughter and I hopped in the second van and took off. That’s when we discovered the heater wasn’t working. In a northern state. While it was snowing. And we had an hour drive ahead of us on not-so-great roads.

Yeah. I turned around. I doubt God wanted us to get frostbite.

I live in a rural area that doesn’t have public transportation, and my adopted home state is entering its eleven months of winter, which makes it harder for me to get to Mass.

Over a year ago, I started attending Mass. Nearly every time I went to Mass, I wound up driving through a thick fog or a white out. Or I had car trouble. Or I was too sick to go. Or a child was violently vomiting all over her room.

Oh, and a deer jumped out of nowhere and totaled my car, which was fun.

Between my chronic migraines and living in a rural, northern environment, it’s not as simple as getting in my car and going to Mass every week. I mean, maaaaaaaybe if I had my own sled dog team…

I get frustrated with the whole situation. Driving to Mass almost always guarantees I’ll get a migraine that day, but I’m willing to risk it when everything else lines up so I can go. On the very few weekends I’m not already in so much pain I can’t leave the house, I usually don’t have a vehicle or the roads aren’t safe.

I have a small Catholic church in my hometown, though I prefer to travel an hour to the cathedral. That does make it a little harder, though I need a car and safe roads to attend the church in town too. It’s a little too far to walk when the weather is nice, and if you think it makes sense for me to walk over there in the middle of winter, I’d love to see you trudge through thigh-high snow on icy roads without sidewalks, with snowmobiles whipping past you and vacationers who don’t know how drive in the snow skidding by. And, no, I can’t ask anyone for a ride. I’d have to actually be able to get there to meet people who already attend and get to know them well enough to ask for something like that.

Some hardcore people will read this and think I’m just making excuses. If I was really obedient, I’d find some way to go, even if I did have to dodge snowmobiles and get frostbite.

Isn’t God worth it?

Well, obviously, but I don’t think God wants me to risk my life or my health in those ways.

When I can’t make it to Mass, I can still spend time with Jesus.

The other day, my daughter said she thought she loved me more than she loved God. “But don’t tell God,” she said, glancing around the room as if Jesus might pop his head around the corner and go, “Hey! I heard that.”

It’s hard for kids to wrap their minds around God. A parent is standing right there in front of them. They can see a parent taking care of them, but it’s so much harder to see God.

I didn’t clutch my chest and gasp, “Get behind me!” at her. I doubt that’s an effective way of educating children about the Christian faith.

I told her when we love any person, we’re also loving God. If we bear the image of God, then loving—truly loving—another person is a form of worship.

How do I spend time with Jesus when I can’t make it to Mass? Maybe I spend time with people I love and connect with the image of God I see in them. I love my daughter, and the reflection of God within her, when I sit on the couch and answer her questions about God.

Maybe one of the most important things I do on the days I can’t make it to Mass is be an example to my daughters so they can avoid falling into the choking legalism I almost drowned in when I was young. I can use this as an opportunity to show them what matters isn’t behaving in an outwardly perfect way. What matters is our desire to be obedient and to do good. And that it’s just as important to learn how to discern when we aren’t sinning as to learn how to identity the times we are.

When I miss Mass, it’s not a sin. I feel frustrated, as I usually do when circumstances are out of my control, but I never feel guilty about it. I know, and God knows, that I have good reasons when I don’t make it. It doesn’t matter if people outside of my life don’t think I have “good reasons.” Their opinion doesn’t count.

It bothers me when I see other people, in similar situations, wracked with guilt over missing Mass. Some of us are in more difficult situations than others. God knows.

It’s easier for some people to make it to Mass than for others. There’s a spectrum from facing minor inconveniences we really shouldn’t complain about to facing impossible obstacles. And the same exact thing could be an inconvenience to one person and a major setback to another. Having a sick child might be tough, but something a parent could overcome with a supportive spouse and a nearby church. The same problem would be impossible for a single parent without a good support system.

It’s like the story of the widow’s mite. Some people attend Mass out of their “wealth” (being relatively physically and mentally healthy, having transportation and gas money, living near a church, not having infants or sick kids, or any number of things that make it more difficult) and some people attend—or make every reasonable attempt to attend—Mass out of their “poverty.”

If your trip to Mass is relatively easy, you could say a prayer for those of us who have a harder time. We’d still like to be connected in whatever ways we can be.

If all we can give is our “mite,” even if we can’t physically be there at Mass, God knows we’ve given all we have to give. There’s no shame in that.

I’d love to know how you connect with God when you can’t attend Mass. Leave a comment and let me know. 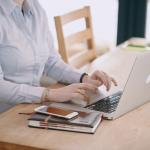 November 6, 2018
6 Month Social Experiment on Ministry and Gender: An Interview with Rev. Melissa Fain
Next Post 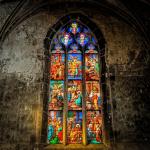 November 13, 2018 What a Time to Be a New Catholic Convert
Recent Comments
4 Comments | Leave a Comment
"Ok, fine. A complaining female. Next."
Sean I’m a Mother and I Can’t ..."
"Hmmm, the focus is on ‘your mother’ not you, little selfish snowflake."
Sean I’m a Mother and I Can’t ..."
"So, like, what do you think you’ll do?"
Sean When Christmas is a Trauma Trigger
"Excpt, of course, you are. That's why metrosexuality exists, that's why boys are drugged to ..."
Theodore M. Seeber Converting to Catholicism as a Feminist
Browse Our Archives
get the latest from
Catholic
Sign up for our newsletter
POPULAR AT PATHEOS Catholic
1