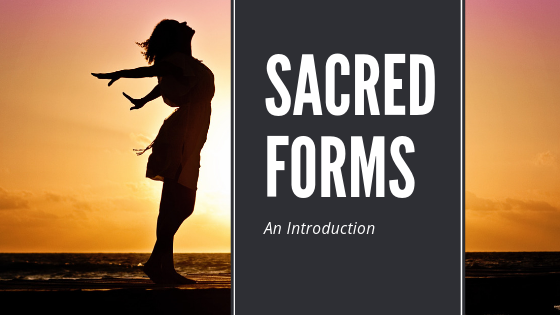 I’m consistently surprised by just how little Christians tend to know about sex or the female body. For two things we usually obsess over, you’d think we’d understand both better.

Many of us grew up in homes where talking openly about our bodies was considered crude or sinful, so we shy away from it. But it’s neither. We’re created in the image of God. How can talking about our bodies in a way that honors them be sinful?

I can’t count the number of conversations I’ve been involved with about sexual assault or premarital sex or NFP where grown adults, who claim to know all about it, reveal they don’t even understand the basics of female anatomy. That’s a problem.

To show I understand, let me share a personal story with you:

When I was fourteen, I knew all about menstruation. My mother had already talked to me about it, so I knew you could get pregnant after you started getting your period, and I knew women got their periods once a month.

We’d also watched an educational video at school in junior high. That video is permanently etched into my brain because you don’t forget seeing a mother make pancakes in the shape of a uterus while explaining menstruation to her daughter. While I was fairly sheltered (we weren’t allowed to say things like “butt” in my house), I was more educated than some of the kids I knew.

I decided to read through the entire Bible that year. I was in Leviticus when a verse really stumped me. Leviticus 20:18 said men couldn’t “lie with” a woman who was on her period, but that didn’t make any sense to me.

For some reason, I’d gotten it into my head that a woman could only get pregnant while she was on her period.

I couldn’t figure out why would God make a rule preventing women from getting pregnant. The best I could figure was it didn’t count if you accidentally had sex with a woman on her period, so every child was conceived through accidental sex during a woman’s period. I chalked it up to God coming up with a form of natural birth control, with only rare conceptions when a woman unexpectedly started her period in the middle of marital relations. That way women weren’t constantly pregnant. “Go forth and multiply, but, like, not too much.” (My mental leaps there probably say a lot about how I’ve always viewed God as the protector of the vulnerable.)

Obviously, I was seriously wrong about how women get pregnant.

Somewhere in that talk with my mother, in all those pamphlets I’d read at school, in that educational video, and even in health class, nobody had ever explained that ovulation happens before menstruation. I’d thought it all happened on the same day. I learned the truth by reading Seventeen magazine in the school library.

I’ve run into adults who are just as ignorant. Men who think every woman in the world has the exact same menstrual cycle. (I guess we all start bleeding at the full moon, like werewolves, but with better hair.) Men who think women can somehow lock down their bodies to prevent being raped. Women who don’t know it’s normal not to bleed the first time you have sex.

We’ve got a lot of people running around with bad information, and some of these people are making decisions that affect the rest of us. The least we can do is make sure we have our facts straight.

I’m going to do my part. I’m starting a weekly series here on sex and women’s bodies. I’m not a doctor, but I do have a vagina and the ability to do research without blushing.

And vaginas. You’re going to be reading a lot about vaginas, so practice getting comfortable with the word.

Which brings me back to what I want to address in this introductory post. Talking about our bodies isn’t crude or sinful. I understand why some people are deeply uncomfortable with conversations about genitalia. We’ve been taught vaginas are dirty and dangerous.

As Catholics, we venerate saints who had all the same female body parts women today have. Most of our female saints had periods. Mary had a vagina, and she used it to deliver Jesus to us. Vaginas are sacred, y’all. Why should we be afraid of women’s bodies when God himself grew within a woman’s body?

As I was brainstorming ideas for this series, Jessica Mesman Griffith wrote a post for Sick Pilgrim that I loved. She talks about that feeling of being grotesque women so often experience, and then reflects on Mary and our sameness.

“Meditating on these images of Mary not just as maiden or mother but as woman, I find myself less grotesque. I can imagine my body as other than a site of pain, shame, or even mystery or titillation.” –Jessica Mesman Griffith

Female bodies have been thrown into the villain role. Forces of evil often attack women through our bodies. We’re taught to be ashamed of having breasts or having periods. We’re denied access to information about how our bodies work. When men come along and objectify our bodies, the blame shifts to us.

It’s important for us to expand our vocabularies to include the names of our body parts. How I can feel comfortable discussing an issue with my doctor if I can’t even bring myself to say the word “vagina?” How can a child tell an adult about their sexual abuse when they’ve been shamed into never using the word “penis?” These aren’t bad words and they’re not bad body parts either.

If you’re a woman, I hope you love yourself enough to learn more about your body. Even if you never have sex, you still need to know how your body functions.

If you’re a man, I hope you love women enough to honor them by learning more about their bodies. I especially hope this would be true of any man who is a husband, father, or is in a leadership position. You men can do a lot to influence our cultural views of women in positive ways, and that starts with educating yourselves.

I look forward to exploring our sacred bodies with you. 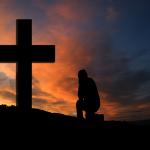 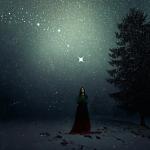