Deconversion with an Audience: Social Media and Toxic Religious Communities

The more I talk to people in their late teens and 20s who are in the process of deconversion and healing from toxic religious communities, the more respect I have for them. I share some of their experiences, but it’s not quite the same now as it was when I made my exit 20 years ago.

The hardest thing I did in 1999 was cut off all contact with my community. When you’re hiding from a stalker that your church is rallying around, you kind of have to do that. It was incredibly painful to run off and create a completely new life like I did, but it also insulated me in some ways.

I never had to deal with judgmental people from my community popping in to passive-aggressively tell me they were praying SO HARD for me, you know, since it sure looked like I was headed straight to hell and all.

Getting stalked and being temporarily homeless was no picnic, but having the opportunity to untangle myself from that fundamentalist belief system  with absolutely no input from my former church community was a luxury most people don’t have.

That’s especially true now that most of us are connected through social media.

When I joined Facebook, I was in my late-20s and had been disconnected from everyone I’d known as a teenager for almost a decade. I was very selective about who I friended or confirmed as a friend. Every once in a while, I had to deal with someone who’d known me “back in the day” popping up all scandalized by how I was totally fine with evolution, but that was rare.

I never received pushback from fundamentalists until I had already let go of those beliefs on my own. I wasn’t forced to defend myself while I was in the middle of that deconversion process.

Someone going through a similar transformation from toxic to healthy spirituality right now wouldn’t be shielded the way I was. Through social media, so many people have access to you, all at the same time. It’s hard to go through your Friends list and proactively remove anyone who would be problematic. How would you even know who would cause problems until they’ve already done so?

It’s hard to grow when the people around you take that growth as a personal insult.

What so many of these people don’t realize is a messy deconversion process usually takes place before a process of converting to healthier spiritual practices. We have to empty our minds of all the garbage theology we’ve learned so we have space for thoughts that are truly holy.

Deconversion gets a bad rap, but not all deconversions are bad. It’s good to deconvert from beliefs that are harmful.

It’s normal for someone to swing hard in a direction that’s opposite of the toxicity they’ve lived in before. Eventually, they find the balance, but they need to be the ones to find that balance. It’s not the responsibility of some internet spectator to force it, especially when trying to force it just makes the person you’re concerned for swing even harder.

I mean, I swung all over the dang place and eventually wound up here, in the Catholic church. I did it without anyone having to be a jerk and calling me out publicly on my social media to get me here. If God is calling someone, even someone as stubborn as I am, he doesn’t need our help. He’s God. He’s got this. We can do a lot of harm if we get in the way of this process.

If you’re going through a process of leaving unhealthy religious beliefs or practices behind, and you’ve got a discontent audience watching you, it’s OK to disconnect with them in whatever ways are healthiest for you.

You don’t owe anyone who is being destructive your attention, and you definitely don’t owe anyone a social media relationship, even if they’re a family member. If they don’t respect your boundaries, it’s fine to cut them off. They can play nicely or they don’t get to play at all. If they get their feelings hurt, that’s on them for behaving badly.

I really respect what you’re doing. It’s hard enough to recognize these beliefs are wrong. It’s even harder to do that work while being unfairly judged by people who have a stake in you not changing.

If you know someone who’s going through this process of growth and change, and you’re worried about them, for all that is good and lovely in this world, DO NOT PUBLICLY CHASTISE THEM ON SOCIAL MEDIA. It’s a straight up aggressive move, and it won’t accomplish anything. It’s unlikely you know what’s really going on with them anyway, so HUSH.

If they’re willing to talk to you about it (if they aren’t, don’t push), try asking them about their deconversion and how they came to let go of those old beliefs. Then listen. Don’t just ask so you can pull a “gotcha” somewhere in the conversation. Ask. Listen. Absorb. Maybe you’ll learn those beliefs really are toxic and you should get out too. Maybe you’ll still disagree with them, but they’ll know you care enough to listen with an open mind and without being patronizing.

If this person you’re worried about wants advice from you, they will ask you. You don’t need to run around offering unsolicited advice.

A lot of the aggression from people who are still “in the club” stems from their fears. What if she’s right and my beliefs really are wrong?

Changing their beliefs could cost them their friends, family, and even their job. People will get overly defensive, and even hostile, to protect their sense of self. If you find you’re getting agitated because someone who used to agree with you now disagrees with you, stop and think about why you’re so upset. It probably has more to do with your fear and your sense of self than with your concern for that other person.

If you really are genuinely concerned for that other person, pray for them. Really pray for them, don’t just leave a holier-than-thou, “Praying for you to come around,” comment for them. Pray for them without announcing to them or the world. God knows, even if your Facebook feed doesn’t. 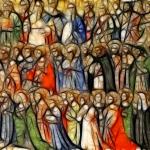 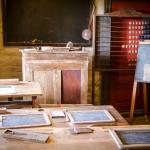 January 25, 2019 Modern-Day Segregation Promotes Racism
Recent Comments
1 Comment | Leave a Comment
Browse Our Archives
get the latest from
Catholic
Sign up for our newsletter
POPULAR AT PATHEOS Catholic
1

"Gospel of Thomas" Isn't an Authentic...
Biblical Evidence for Catholicism
Related posts from Way Station in the Wilderness