Easter is coming up, and anyone who will be confirmed then is probably started to think about choosing a confirmation name.

March 28th is St. Teresa of Avila’s birthday. It’s my birthday too. Two days ago, I “celebrated” as much as I ever celebrate my birthday. I showed up at my parent’s house so my younger brothers could decorate the dining room with streamers. They love their streamers.

I’m not really interested in celebrating my birthday. I don’t like being the center of that much attention, and I’ve had almost 40 of them, so it’s getting kind of boring at this point. Pretty much the only thing I do like about my birthday is sharing it with a saint I admire.

I’ve dealt with debilitating migraines, on and off, since I was 12. St. Teresa of Avila is one of the patron saints of headaches, and she was seriously ill for a while, just like me. It means something to me to have a birthday connection with a saint who is similar to me in some ways.

When I was confirmed last year, I was told I could choose a confirmation name if I wanted, though it wasn’t required. I prayed and spent a lot of time thinking about it.

One of the first things that drew me toward Catholicism were the saints. I started sneakily reading about Catholic saints the second my house got an internet connection in the mid-90s. I’m very into the saints, y’all.

I almost chose St. Teresa of Avila, but in the end, I used the name I was born with. I was confirmed as just plain Kristy.

Leading up to Easter, I kept thinking about the saints. It’s easy to forget they were real people. They weren’t perfect. They made mistakes. They misunderstood things sometimes. They were very, very human, which is the whole point.

But sometimes they don’t come across as all that relatable. I love St. Teresa of Avila, but she lived in a very different time. I can’t look to her as an example for how to deal with internet trolls.

We have so many female saints who survived being sexually assaulted. These were women who weren’t killed while fighting back, or who chose not to fight back against someone who could have killed them because they knew “purity” isn’t something a rapist can take.

These saints exist. We don’t know their names because they were never canonized, but that doesn’t make them not saints.

We have female saints who loved God, and were patient with their children, and generous with their neighbors, and devoted in prayer. But if they didn’t die because they chose to carry a dangerous pregnancy, we probably haven’t heard of them.

I kept thinking about all the saints who will never be canonized. What about all the men and women who have dedicated their lives to God in ways that didn’t catch the attention of anyone who might put their name forward? How could I pick a saint everyone has heard of and ignore the others?

The sexual assault survivor who went on to live their life and do good with their time here.

The lady from church who always remembers every single person’s birthday.

The man who quietly mows his elderly neighbor’s lawn.

The woman who has had some success in her career, so she takes time to mentor younger women.

The man who cooks extra food so he can bring some over to a community member who just had surgery.

I grew up within a Christian culture that didn’t talk about saints. It wouldn’t have been considered humble to go around talking about becoming one. Instead, I was supposed to claim to be the Intergalactic Overlord of Sinners, who doesn’t deserve God’s love, let alone a place with him.

But it isn’t about what we do or don’t deserve. God’s love for us is just there. Our nameless saints aren’t less deserving than any saint on the calendar. Neither am I. Neither are you.

If we’re not on a journey toward sainthood, toward a place with God, what’s the point?

It’s hard to see ourselves that way when we’re looking at saints who are so different from us, but when I think about people who express God’s love through small, daily acts, it’s not as hard to imagine I could be one of them. We all could be. 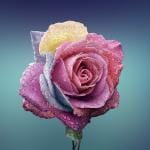 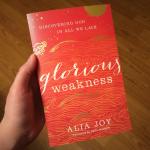 April 2, 2019 Book Review: Glorious Weakness
Recent Comments
3 Comments | Leave a Comment
Browse Our Archives
get the latest from
Catholic
Sign up for our newsletter
POPULAR AT PATHEOS Catholic
1