A Fundamentalist’s Guide to Lent

It’s Friday and you just overheard a co-worker say they can’t eat a hamburger because of Lent, and now you’re curious because who turns down a hamburger?

In your world, there are only two Christian holidays: Christmas and Easter. You’re vaguely aware of other Christian traditions observing more holidays because they show up on your wall calendar sometimes, but you’ve never heard of this Lent thing before. As an ex-fundamentalist, I’d never heard of it until my 30s.

To understand Lent, you’ve got to observe it, so you figure you’ll give it a go.

Lent is 40 days of fasting, praying, and penitence that lead up to Easter Sunday.

Fasting means giving something up temporarily.

Lent begins on Ash Wednesday, which really is on a Wednesday. It’s not a tricky name like Maundy Thursday.

OK, so technically Fat Tuesday isn’t part of Lent, but why wouldn’t you use any excuse to go wild on a bunch of paczkis?

If you want to make it feel more religious, sneak around while eating your paczkis so your kids don’t see them and eat them all. Just pretend you’re an early Christian, sneaking around in catacombs.

I can’t be the only person who needs to hide in catacombs so nobody eats all the paczkis before I can get to them.

Edit: I’ve been informed glory is not actually the point of Lenten fasting. It’s penance and reflection. You learn something new every day.

If you’re a Millennial drowning in student loan debt, you probably can’t afford meat or more than one meal a day anyway.

If you are under 14, pregnant, or if these restrictions would be harmful to you, it’s not required.

Step Four: Get Your Ash in Church

While you’re still full of paczkis from the day before, head to church.

Blessed palm branches from the previous year are burned to make ashes that will be applied to your forehead. They’re a sign of penitence and a reminder of our mortality. I know. It’s even heavier than those paczkis still sitting in your stomach.

The whole point of Lent is to get into the right mental state for Easter. Pray for God to reveal what you need to work on. Maybe you aren’t as generous as you could be. You might get so wrapped up in one issue that you ignore all the other good you could accomplish if you weren’t so combative. Or maybe you post annoying, passive-aggressive Facebook statuses all the time.

Think of some ways you can give to others during Lent. Lent isn’t just about giving things up. It’s also about adopting positive practices.

Step Six: Wave Your Palms in the Air Like You Really, Really Care

Hey, you’ve made it to Palm Sunday! It’s the last Sunday of Lent.

Be honest. How many times have you sat down to eat meat on a Friday before realizing, barely in time, that it’s not Thursday like you thought? It’s rough. I know.

On Palm Sunday, head to church. Someone will hand you a palm branch, which is, like, so sweet. Who doesn’t like church swag?

The church will probably reenact Jesus’s triumphant entry into Jerusalem on a donkey. Sadly, there probably won’t be an actual donkey.

What’s Palm Sunday? When my kid was six, she gave the best explanation I’ve ever heard:

Some people keep their blessed palms and put them in their homes. Don’t throw your palms in the trash. That’s just rude to God. Besides, these are the palms that will be burned to make the ashes for next year’s Ash Wednesday.

Holy Thursday, or Maundy Thursday, is the observance of the Last Supper Jesus had with his apostles. After this, Judas betrayed him and his ordeal began, which would lead to his crucifixion and resurrection.

This is observed as the day Jesus was crucified. I can’t even make any clever little jokes about it because it’s just too sad. From now until Easter, you’ll join the apostles and disciples in waiting for Christ’s resurrection, which is actually really cool when you think about being able to participate in something the apostles did.

Get your eggs out, it’s Easter! And guess what? It’s Easter for SEVEN WEEKS until Pentecost.

This is a season of celebration and meat-eating (for those who eat meat.) You can start eating meat again and go back to doing whatever you gave up during Lent, if you want.

Jesus is alive, we’re not ashes yet, and we are pumped, y’all!

Go on and get joyful. 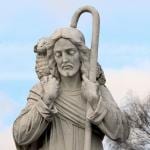 February 24, 2019
Sexual Abuse and Turning the Other Cheek
Next Post 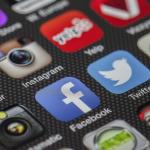 March 5, 2019 Social Media and the Case for Keeping Our Opinions to Ourselves
Recent Comments
0 | Leave a Comment
"Ok, fine. A complaining female. Next."
Sean I’m a Mother and I Can’t ..."
"Hmmm, the focus is on ‘your mother’ not you, little selfish snowflake."
Sean I’m a Mother and I Can’t ..."
"So, like, what do you think you’ll do?"
Sean When Christmas is a Trauma Trigger
"Excpt, of course, you are. That's why metrosexuality exists, that's why boys are drugged to ..."
Theodore M. Seeber Converting to Catholicism as a Feminist
Browse Our Archives
get the latest from
Catholic
Sign up for our newsletter
POPULAR AT PATHEOS Catholic
1