I have been saying for a long time that Christians who devote much distemper and judgmentalism to the LGBT community are hypocrites and ought to apologize.

I was reminded why I’ve been saying it in the wake of the tumult created when the beloved elder, writer, and pastor Eugene Peterson made charitable statements about his gay friends and church-goers. In an interview with Jonathan Merritt published by RNS, he was asked, “What’s your position on the morality of same-sex relationships?” Peterson responded, “I haven’t had a lot of experience with it. But I have been in churches when I was an associate pastor where there were several women who were lesbians. They didn’t make a big deal about it. I’d go and visit them and it never came up for them. They just assumed that they were as Christian as everybody else in the church.” Merritt further asked if he would perform a same-sex marriage. Peterson answered “Yes.”

And the battle lines were drawn. Bloggers launched a barrage of condemnation (for examples, see here, here and here) and bookstore chains threatened to stop carrying his books. Peterson later retracted that answer, but not before the hounds of war had been unleashed.

The reasoning for the strong response, per evangelical protocol, is that homosexuality is patently condemned in Scripture and Scripture must be defended.

An assertion written in a blog post by a pastor immediately following Peterson’s original conversation captures the evangelical belligerence on this point : “It is incumbent on preachers and Bible teachers especially to renounce anything that collides with Holy Scripture — to ‘refuse to tamper with God’s word’ — but instead to openly state the truth as God has handed it down to us through the ages (2 Corinthians 4:2).”

My dissonance with evangelicals is not their defiant defense of the authority of Scripture so much as their willingness to selectively appropriate such allegiance.

Among other passages that make the case against homosexuality, evangelicals cite predominantly words written by Paul in his letter to the church in Rome:

Claiming to be wise, they became fools, and exchanged the glory of the immortal God for images resembling mortal man and birds and animals and creeping things.

Therefore God gave them up in the lusts of their hearts to impurity, to the dishonoring of their bodies among themselves, because they exchanged the truth about God for a lie and worshiped and served the creature rather than the Creator, who is blessed forever! Amen.

For this reason God gave them up to dishonorable passions. For their women exchanged natural relations for those that are contrary to nature; and the men likewise gave up natural relations with women and were consumed with passion for one another, men committing shameless acts with men and receiving in themselves the due penalty for their error (1:22-26).

There is no getting around what the Apostle posits in this passage: sexual acts between members of the same sex are a departure from God’s intended purpose for the sexes and unnatural.  And I am not here defending it.

However, where I depart from the general evangelical consensus is in their concluding the matter with these few verses cited in Romans, stopping short of applying the full measure of Paul’s intent as denoted in the subsequent verses. Immediately following the section about homosexuality, Paul elaborates:

And since they did not see fit to acknowledge God, God gave them up to a debased mind to do what ought not to be done. They were filled with all manner of unrighteousness, evil, covetousness, malice. They are full of envy, murder, strife, deceit, maliciousness. They are gossips, slanderers, haters of God, insolent, haughty, boastful, inventors of evil, disobedient to parents, foolish, faithless, heartless, ruthless. Though they know God’s righteous decree that those who practice such things deserve to die, they not only do them but give approval to those who practice them. (1:28-32)

Paul has far more to say, equally and as forcefully, about unsavory behaviors that arise from those who have exchanged the glory of God for an idol, any idol. And his condemnation is not limited to the letter to the Romans. (See also Galatians 5; Philippians 3; Ephesians 4; 1 Corinthians 6; Romans 1; 1 Timothy 5.)

These “sin lists” include (in addition to homosexuality) gossips, slanderers, fools, the haughty and the boastful, deceivers and coveters. Or, put another way, they include those who look longingly at their neighbor’s new car; who are hostile and unkind; who drink too much, eat too much, talk too much and stir up conflict; those who pursue self-serving ambition, fly into a rage, display jealousy toward others; who envy those whom they secretly hate; who peep at pornography or other dirty pictures; who lose their cool; who pick a fight; who are needlessly quarrelsome or pugilistic; who indulge in fantasies; who speak harshly of another and to another; who bully people with words or gestures; who harbor bitterness; who exhibit self-righteousness; who make up stories about someone; who dream of other men (or women)–not their spouse; who go after money first; who take another’s dignity; who abuse someone who trusts or depends on you; who cheat; who have cheap sex (hetero or homo), even with a spouse (yes, it is possible to “fornicate” with one’s spouse); who lie about God; who serve something or someone other than God; who express hate; who trick people; who backstab people who’ve been good to them; who think he/she knows more than everybody else and looks down on people; who make sure everybody hears their story, especially if it’s a great story; who don’t keep their word; show no helpfulness nor heartfelt compassion toward others; who do not give credit to God, but take it; who kill people literally, or with words; who make up stories about decent people and tell lies about them; who invent ways to rip people off; who show no fidelity, no love, no mercy; who are idle; who talk nonsense; who say things they ought not to say; who meddle.

Such sins find us all out in the end, even among those who (per Romans) “know God’s righteous decrees.” The sword of “refusing to tamper with God’s word” cuts two ways.

Paul excoriates them all:

Several years ago I participated in a forum at Tufts University with a friend of mine who is gay. We were discussing how we could be such good friends, given the visceral opposition our respective communities possess toward one another. My friend asked me at one point, “Where do you evangelicals draw the line?” He meant, at what point have I stopped being a child of God and have instead become numbered among the condemned?

Evangelicals have tended to draw a line in the sand when it comes to homosexuality, isolating it as a more virulent form of human rebellion than, say, gluttony or materialism, which are differing forms of idolatry. Some evangelical Christians put homosexuality in a category all its own when it comes to sin, while (it seems to me) whitewashing other sinful pathologies running rampant in the community. This makes them appear to be hypocrites and their hypocrisy damages their witness and also hurts the gay community. Evangelicals ought to apologize for that.

If one sin on Paul’s list is sufficient to warrant God’s judgment, then all sins on Paul’s list warrant the same, as he himself says. If this logic is selectively applied, whoever puts themselves in the position to draw these lines needs to explain why one sin is okay and another isn’t.

Through my friendship with my gay friend and the forum we shared, I came to see that a line indeed needs to be drawn, but evangelicals are not the ones who should be drawing it. The line is drawn in a place where evangelicals and gays stand on the same side. None is righteous, no, not one.

A little-noted part of Peterson’s conversation highlights the point that the lesbians in his church “didn’t make a big deal about it.” This suggests that the larger mandate of love was operative for all parties in his church and Christian charity prevailed. I have no desire to validate or dismiss anyone’s sexuality, hetero or homo, and this likewise should not be a line drawn in the sand by the gay community to determine my fielty to God or my love for fellow human beings. Sex is private. Demanding one validate a particular kind of sex is inappropriate and uncharitable.

There are many other larger, more pressing–truly life-threatening– issues that Christians ought to unite around. God, in his wisdom, will sort out your sins and mine, known and unknown. In the meantime, we who claim his name and carry his mantle, ought to cry out, as Peterson so vividly expressed in his translation of a passage in the book of Job:

“There must be Someone in heaven who knows the truth about me, in highest heaven, some Attorney who can clear my name— My Champion, my Friend, while I’m weeping my eyes out before God. I appeal to the One who represents mortals before God as a neighbor stands up for a neighbor. ‘Only a few years are left before I set out on the road of no return.’ ” (16:18-22 / The Message)

September 6, 2017 A Shamed and Failed Knight ~ Saint Francis' Other Life
Recent Comments
0 | Leave a Comment
Browse Our Archives
get the latest from
New Visions
Sign up for our newsletter
POPULAR AT PATHEOS New Visions
1 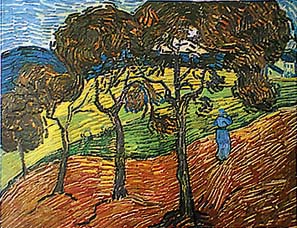 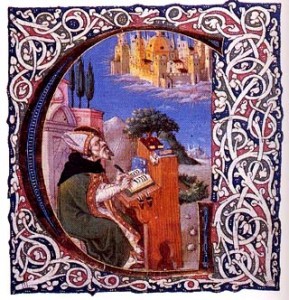