Well, strictly speaking, Covid-19 was the presenting issue.  Your role was changed by something called “Hospital Incident Command.”

HIC is a “standardized approach to managing complex incidents” that was developed in the 1970s in California to give hospitals “a framework on which to build a response quickly and scale it” to fit the demands made on hospitals by large scale emergencies, including the wildland fires in California that originally prompted its development.  After the 9/11, those protocols were folded into the federal government National Incident Management System (NIMS) and became standardized across the country.

Its Impact on Patients, Families, Clergy and Chaplains

So, when it became apparent that Covid-19 would pose a health risk to the United States, most hospitals in the country activated their Incident Command Center and they came under a very different set of operating principles.  Those principles and the particular nature of the challenge posed by Covid-19 led most hospitals to prohibit visitors – including clergy; and most spiritual care departments were stripped of their authority.  As a result, in many hospitals, chaplains are only able to be with patients at codes or when they die.[1]   In others, they are forced to use the telephone or stand just outside the patient’s door.  The chaplain’s role is further complicated by the fact that since most families are not allowed to visit patients, the only opportunity for contact that the chaplain has is “tele-chaplaincy”.  As one chaplain observes:

Patients and families may appreciate chaplains’ phone calls and their spiritual interventions (e.g. emotional and spiritual support & prayers). It seems to work better when chaplains actually have a relationship with patients in the past. They can match our voices with our faces. Interestingly, tele-chaplaincy may work better for patients and families whose preferred language is not English that chaplains can benefit from phone interpreter services.

As the chaplain goes on to observe, however, that:

Reaching out to families via phone can be alarming, particularly during this time of uncertainty. We call them to help reduce their anxiety and fear for their loved ones, not to increase them. One obvious assumption that cannot be ignored is that families want to know how patients are doing. For me, that would be the most important information I would like to receive from the hospital. Facts matter in this case, and the HIPAA regulation and our role as a chaplain do not allow us to provide medical facts. On the other hand, calling patients should be carefully thought out since most patients with covid-19 suffer from shortness of breath.

How did even our chaplains end up on the periphery of caring for patients?  Part of it has to do with the nature of Covid-19, of course.  Its highly contagious nature means that specialized protective gear is necessary to keep chaplains from being infected and becoming a vector for the spread of the disease.

The other cause seems to be the ambiguous role of chaplains of chaplains in the Hospital Incident Command System. There is no “specific job action sheet for chaplains.”  So, while there are those who appealed for hospitals to include them in their disaster preparation plans as early as 2009, there was no requirement that hospitals do so.

So, here we are, in a world that is completely changed.  For centuries, the church has cared for Christians from cradle to grave and now we cannot.  Parish clergy cannot care for anyone in their parish who finds themselves in the hospital, with or without Covid-19.  Chaplains are greatly restricted in their ability to care for those who would normally be the focus of their ministry.  Patients are dying alone, and their families can only look on from a distance, dependent upon the occasional and unscripted good graces of the healthcare professionals on site.

The assumptions that governed that millennia-long ministry are deeply rooted in the theology of the church.  Ministry to the ill and dying is imbedded in the ministry of Jesus, who touched and was touched, in spite of taboos that were every bit as world-ending in the minds of his contemporaries as any medical dangers that we face.   It is imbedded in our theology of the incarnation that holds that in Christ God is with us, in it, all the way.  It is based upon our conviction that this life and preserving it is not and cannot be our ultimate value.  And it is imbedded in the conviction that the journey into God in Christ is framed, deepened, and nourished by the church’s sacraments.

Those convictions are not an optional, religious nicety.  They are, from a Christian point of view, definitional.  Until modern medicine severed our connection with God’s ill and dying children, they prompted us to care for one another in the most desperate of circumstances.  They prompted the church and its clergy to risk itself.  And – though no one should actively seek it – those convictions have martyred millions over the years.

So, to have abandoned those convictions – without question or conversation – is perhaps one of the most stunning and sudden shifts in our understanding of the church and the vocation of clergy in this country’s history.

Getting Clear about What is at Stake

To be clear, I am not talking about clergy behaving in a way that is willfully blind to scientific truth, blind to what we know about this virus, or blind to its potential effects.  I am not talking about walking into hospitals in large numbers, unprotected.  Nor am I suggesting that we ignore the dangers that Covid-19 poses.  I understand that clergy and chaplains can become a vector for the disease, if they are exposed.  I also understand that in order to be present to those who are infected, clergy will need protective equipment, equipment that is (or at least has been in some places) in short supply.

But what is at stake is our understanding of who we are in Christ, what makes for life in Christ, and therefore, what matters most.  We have also surrendered the priority of standing alongside our brothers and sisters in the middle of illness, sorrow, and death.

At stake, too, is the inevitable grief and moral injury that flows from the policy that we have implemented.  Patients, families, chaplains, parish clergy, and hospital staff have all been drawn into a protocol that is designed to insure physical safety, but makes no provision for the spiritual well-being of anyone involved, and we have yet to grasp its implications.

So Where Do We Go from Here?

Apart from a handful of poignant articles about the struggles that hospital chaplains are experiencing, there is little if any conversation about the role of the church, its clergy and chaplains in a crisis of this kind.  That conversation is necessary.

At a minimum, one can only hope that this conversation will prompt a serious reconsideration of the place of chaplains in the provisions made by the Hospital Incident Command.  In turn, chaplains, parish clergy, and churches need to discuss what looks like robust care in a time of pandemic.

Without that conversation and substantive changes in policy, the message is clear: Given the right circumstances, sacramental and spiritual care for the sick, the injured, and the dying is a peripheral concern for our healthcare system.  It cannot be peripheral for the church, its chaplains and parish clergy, and it would be a profound mistake to let that message go unchallenged.

[1] So I am told by a colleague who directs the chaplaincy program in one of the country’s largest urban areas.

May 1, 2020 Grit, Fortitude, and Leadership in a Time of Pandemic
Recent Comments
0 | Leave a Comment
Browse Our Archives
get the latest from
What God Wants for Your Life
Sign up for our newsletter
POPULAR AT PATHEOS Progressive Christian
1 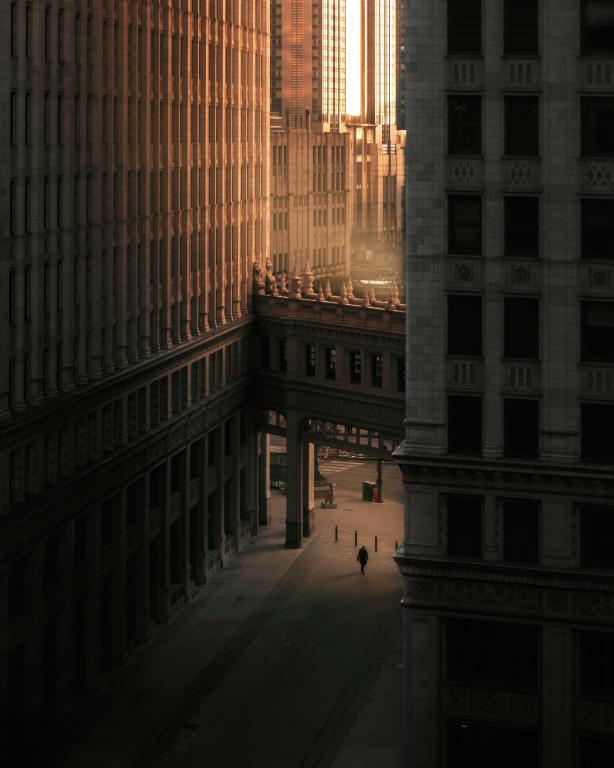 Progressive Christian
Grit, Fortitude, and Leadership in a Time of...
What God Wants for Your Life

Progressive Christian
Things not lost to Covid-19: Four Ways the...
What God Wants for Your Life 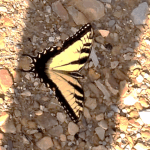