It is easy to wander in and out of a season like Advent without ever really understanding what it is all about.  On the whole, we don’t work very hard to orient our congregations to the Christian calendar and – given the way in which popular culture has wrapped itself around some of those seasons – it is hard to ensure that those explanations are heard, even when we offer them.

That’s unfortunate, to say the least, because the Christian calendar is not just a way of organizing the readings from Scripture or a guide to which color vestments we wear at any time of the year.  It is actually a spiritual discipline – a map for the way in which we think about our lives each year.  And each season challenges us to think about the saving work of God in a different way and to prepare ourselves spiritually as companions of Christ.

It is particularly difficult to help people get clear about the purpose of Advent, given the way in which sentimental and commercial categories have dominated Christmas.  For all practical purposes, Advent looks like the call to decorate our homes and shop for gifts.

Last week I began to make the effort to get clear about the nature of Advent by describing what it means to “wait,” which is a common theme of the biblical texts that we read in Advent.  And I talked at length about the four characteristics of “patience for the sake of others.”  We described that kind of patience as one that has a capacity for growth and struggle; a patience that does not discriminate; a patience that cannot be “phoned in” or “farmed out”; and a patience that is convinced that our relationship with God is ultimately the one and only certain source of healing and freedom.

This week I would like to take the effort a step further to describe by raising another question.  If Advent waiting is about “patience for the sake of others,” then what is it that we are waiting for?  Or for the grammarians among you, “For what are Christians waiting?”  Spoiler alert: It isn’t a brand-new Lexus with a big red bow on it.

The fact that we wait on a “who” and not a “what” is an inescapable given of the Christian faith and of Advent.  We wait on the one who embodies the divine and the human – the one who made the divine real among us in the incarnation – the one who is both priest and sacrifice in the crucifixion – the whose Resurrection conquers death and vindicates God’s claim to be the author of life – the one who, in his ascension into heaven, takes humanity back into the Godhead, restored and perfected.

This is not a complete departure from our Jewish roots as a faith.  The Old Testament, no less than the New, is oriented toward waiting for God – the God of creation, the of the Covenant made with Israel, the God who will ultimately heal and restore the nation.  But just as the faith of ancient Israel follows on the saving acts of God, so too, the faith of the church follows from an encounter with the Resurrected Christ: Mary at the tomb, the disciples by the seaside, Paul on the road to Damascus.  One could reasonably argue that the entire New Testament is an outworking of an encounter with the Resurrected Christ and is an attempt to answer the question, “Now what?!”

It is an odd and not at all healthy thing, then, to recognize that Christians are constantly trying to end-run that fact.  Some put Scripture or a body of theological ideas first.  Some put politics or a social program first.  Some think in some way that Christianity is about being nice or about ushering in a better world.  Others wait for an ideal set of circumstances – either personal or social – into place.  Good, bad or indifferent, they are all the wrong things to wait for.

Why any one of us looks for an alternative is hard to say.  But it isn’t hard to guess the several reasons that come into play.

But, of course, the question is…if we are waiting for God in Christ, which Jesus do we wait for in Advent?

To read most sermons, prayers, or articles on the subject, you would think that we are waiting for the babe of Bethlehem.  Most of them are pretty explicit about that, in fact, and that emphasis certainly conforms to our cultural and commercial patterns.  There are endless articles that compare the shopping and cleaning that we do for Christmas day celebrations with the spiritual preparation in which we should be engaged as Christians.  It all makes for a nice, neat, sentimental picture.

There is a long tradition behind the merger of those themes in the United States.  One of the most popular ad campaigns in American history was the Christmas ad designed by Philadelphia’s Sunbeam White Bread Company in 1942.  Emblazoned on billboards across the country after World War II, when Sunbeam began selling its bread nationwide, it featured the painting of a little blonde girl kneeling in prayer with a blue sky and the star of Bethlehem above her head and just six words: “Not by bread alone – Sunbeam Bread.”

But as comfortable and familiar as that merger might be, Christians should really work to resist it.  Advent is not just a time of waiting for the birth of Christ and God in human flesh, it also a time of remembering that we wait for the second coming of Christ.  That is why the name of the season itself, Advent – or Adventus, in Latin – is taken from the Greek, Parousia – which is used in the New Testament to refer to Christ’s return.

That Jesus is not the babe of Bethlehem.  He is the Resurrected and Glorified Christ and as such we are waiting for both the Judge and King.  Advent, then, is not an “Aw, isn’t he sweet” moment.  It isn’t a time for a bit of extra housekeeping and fluffing up the guest bedroom pillows.  It is a “get your life in order” – “decide whose side you are on” – find “a double-dose of humility because judgment begins in the House of the Lord” moment.

So, what does preparing for the Judge and King look like?

One thing that it will require is that we abandon the self-righteous satisfaction that comes from judging the behavior of others.

No conversation with the Judge and King begins with the words, “They are to blame.”  Like two battling siblings that get into a brawl while mom and dad are out for the evening, it doesn’t work to put the blame your brother or sister when your parents get home.  It becomes pretty clear that everyone should have made different choices.

That one will be a tough one for us this year.  Americans have spent the last year in a self-righteous snit accusing one another of moral failings and getting out of the mode will require spiritual discipline.

Once we do, however, getting ready for the King and Judge will also require self-examination.

No one ever prepared for the King and Judge without examining their own lives.  That is why John the Baptist and the prophets figure so prominently in the readings for Advent.

It is worth looking back over the last year and asking ourselves, what are the patterns and preferences that drew me closer to God and my neighbors in love?  What the patterns and preferences that drove me away from God and my neighbors?  As we examine our lives, we can give ourselves to habits of the heart that will make us more readily available to the purposes of God.

Finally, that process of opening ourselves up to the King and Judge will also require that we surrender our obsession with the narrow ways in which we define God’s call on our lives.

Far too much of Christian practice today on both ends of the theological spectrum is devoted to naming a handful of measures by which we determine fidelity to the purposes of God and – almost without realizing it – declare ourselves the King and Judge.  We require that people use certain kinds of language about their faith.  We mandate that they have certain kinds of experiences.  We judge the faith of others by arguing that to be faithful one must do this or that or we insist that they make choices that place themselves “on the right side of history.”

But the fact of the matter is that God will do what God wants to do, when and how God chooses to do it.  There is no right side to history.  There are only those who choose to side with the one who judges history.

Don’t misunderstand me.  I am not saying that our faith does not require certain kinds of behavior, nor am I suggesting that “anything goes” when it comes to what we do, say or believe.  But what I am saying is that the moment we replace the Judge with what we think that the Judge is all about, we will have built something for ourselves that is less than King and Judge, something to control, something that cannot substitute for the One who is yet to come.  In that moment, we will have shut ourselves out from the preparation that is meant to be a part of our Advent discipline.

So, in the days ahead, I invite you to consider what it means to welcome not just the babe of Bethlehem, but the One who is yet to come – who is both King and Judge – the One who alone is  able to heal, save and restore our relationship with God and with one another.

Photo by Luke Thornton on Unsplash

December 7, 2020
Patience for the Sake of Others: A Reflection on Advent Waiting
Next Post

December 24, 2020 Christmas and Covid
Recent Comments
0 | Leave a Comment
"You are spot on, kronzypantz."
TheRevJim America’s New Religion and the Scandal ..."
"Salvation is about transformation in this life."But go and learn from this: [God] wants mercy--not ..."
james warren On Being the Church: “Living Out ..."
"Thank you for the kind words!"
Frederick William Schmidt On Being the Church: “Prepared for ..."
"The commentary encompasses so well the entire concept, as our path is made through Paul's ..."
Mary Kathryn Berry On Being the Church: “Prepared for ..."
Browse Our Archives
get the latest from
What God Wants for Your Life
Sign up for our newsletter
POPULAR AT PATHEOS Progressive Christian
1

76 Bible Verses To Support Universal...
Keith Giles
Related posts from What God Wants for Your Life 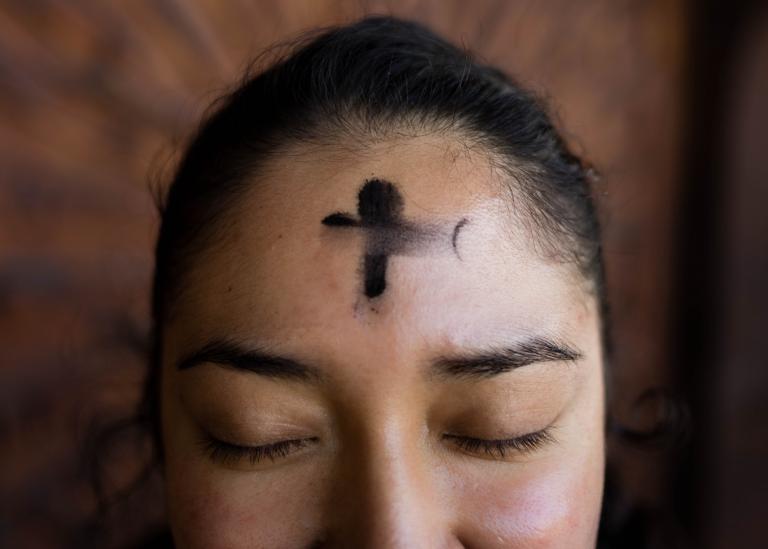 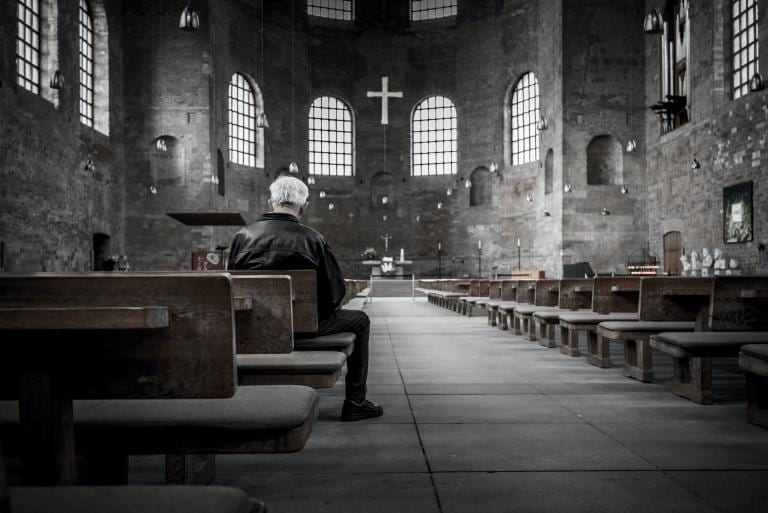 Progressive Christian
Patience for the Sake of Others: A Reflection...
What God Wants for Your Life

Progressive Christian
6 Spiritual Truths that Won't Change with the...
What God Wants for Your Life