Thoughts at Christmastide: The Incarnation 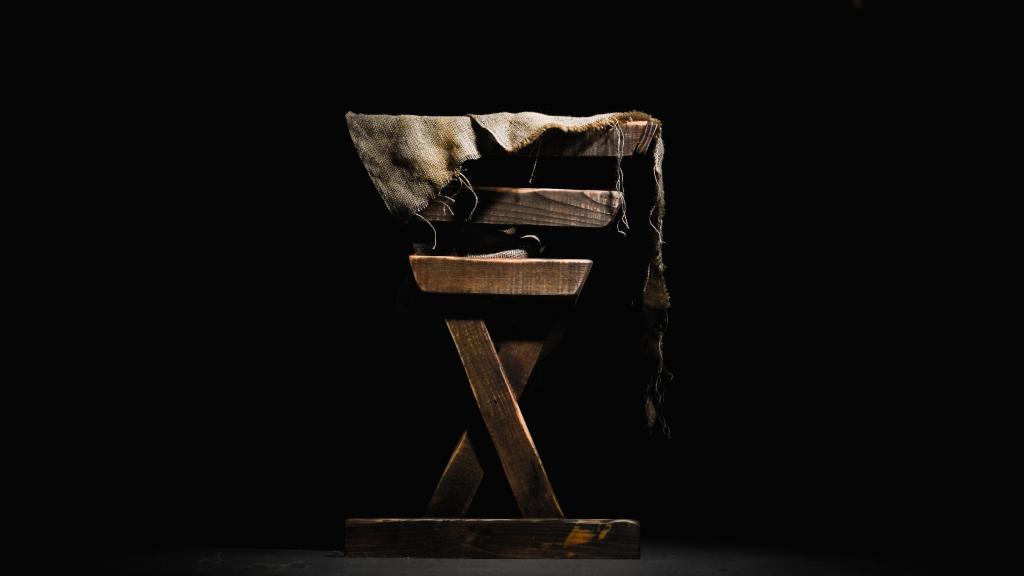 He was in the world, and the world came into being through him; yet the world did not know him. He came to what was his own, and his own people did not accept him. But to all who received him, who believed in his name, he gave power to become children of God, who were born, not of blood or of the will of the flesh or of the will of man, but of God.

And the Word became flesh and lived among us, and we have seen his glory, the glory as of a father’s only son, full of grace and truth. (John testified to him and cried out, “This was he of whom I said, ‘He who comes after me ranks ahead of me because he was before me.'”) From his fullness we have all received, grace upon grace. The law indeed was given through Moses; grace and truth came through Jesus Christ. No one has ever seen God. It is God the only Son, who is close to the Father’s heart, who has made him known.

Over the years I have had enough time to make one or two truly bad mistakes in the classroom.  The worst was a long time ago when I was teaching undergraduates.  The college where I worked had a series of core courses that the entire freshman class was required to take and – being a church-based institution – that course touched on the development of the church’s theology.  The faculty team that I taught with hit on the “brilliant” idea of exploring the divine and human natures of Jesus, which is so clearly laid out in John’s Gospel, by showing the entire freshman class the movie, “The Last Temptation of Christ”, directed by Martin Scorsese and based upon the book with the same title by Nikos Katzantzakis.

Now, you may not be old enough to remember this movie.  But when it was released in 1988, it caused a firestorm of controversy.  But we theorized that with careful preparation we could use it to help the students derive important insights into the divine and human nature of Jesus.

This wasn’t true, of course, and we managed to rekindle the controversy in our own little corner of the world.  It was fun engaging the president and dean in such intense conversation.

But, in fact, the book – in particular – and the movie – somewhat less successfully – really does impinge on the issues that prompted John to begin his Gospel with a description of the coming of Christ as the Word made flesh.  In the first century, among those who became a part of the church, were people called Gnostics.  They believed that the spiritual world was good and that the material world – including the human body – was evil.  According to the Gnostics, the only way in which to achieve true spiritual heights was to recognize this fact and transcend the body.  You did this by either denying the body everything it seems to require on the logic that it needed to be pummeled into submission or by giving it everything it wants on the logic that it didn’t really matter what you do in the body.

As a result, the Christian notion that Jesus was God in human flesh was a real problem for Gnostics who thought about being baptized.  The notion that the perfect and spiritual would take on the physical and the flawed was not just counterintuitive for Gnostics.  It an objectionable, if not repulsive notion.  So, like some Christians down through history, they decided that they would amend the church’s faith to fit their assumptions.

John understood what a problem this posed.  So, his approach to retelling the story of Jesus – while perfectly in line with the rest of the Gospels – takes the issue of Christ’s divine-human nature on from the very beginning of his Gospel: “In the beginning was the Word, and the Word was with God, and the Word was God…. And the Word became flesh and lived among us, and we have seen his glory, the glory as of a father’s only son, full of grace and truth.”

What could be so important about the idea we call “the Incarnation”?  Let me offer some thoughts:

One, the Incarnation underlines the ancient Jewish and Christian conviction that creation is God’s good gift.

Contrary to what some suggest, we do not believe that creation or the material world is evil or dispensable.  We believe that it is God’s good gift and that our responsibility as God’s viceroys, is to care for creation.

But creation is not just an obligation.  It is a source of delight and wonder.  And that delight and wonder takes many forms, from what one might call a simple, daily appreciation of the world around us, to the endless exploration of its complexity through science – or its celebration in poetry, art, and song.  When we or our neighbors forget this truth, when we deny it, or deliberately ignore it – we always do harm to ourselves, to one another, and to creation.

Two, the Incarnation lies at the heart of what we mean by “the means of salvation.”

He is the one who creates the bridge between God and ourselves.  Entering into our lives and restoring that balance which the book of Genesis calls the image of God – where we live into the fullness of the lives that God intends for us, marked by a love of God, a knowledge of God’s will for us, and a love for one another that transcends human standards.

It is that truth that we share with the world.  That is why the Nicene Creed appears at the heart of our worship every Sunday, reminding us of that truth.

Three, the Incarnation lies at the heart of God’s identification with you and me.

It is interesting that – in reducing the teaching of Jesus into a body of ideas, rather than a divine-human body, the Gnostics – and everyone since then – have made the Gospel about themselves.  It is no accident that they believed that our bodies required personal mastery or that we could do anything we want to do.

Salvation won through personal mastery is based upon the logic that there is a God and I am it or that there is no God and it’s all up to me.  A spirituality that claims it doesn’t matter what we do in the body is based upon the same logic.  There is a God, but the path to God is all about what I think or there is no God, and it doesn’t matter what I do.  Both approaches sever our relationship with the creation around us and our own created nature, leaving us all free to be our own gods.

And this realization should remind – us on a daily basis – that the Incarnation is also important, because it lies at the heart of the conviction that wherever we find ourselves in life’s journey, Christ is Immanuel – God with us, in it, all the way.

The twin paths of discipline and indulgence that the Gnostics of the past and the present offer as a means of giving life meaning will inevitably fail us.   Illness, loss, and death – if nothing else – will remind us of our limitations and frailty.  But – to return to the theme of movies – John was aware that it is not enough to claim that Jesus “has seen the movie.”

But John also knows that for Jesus to claim, “I’m just like you” is a counsel of despair – because a Savior who is just like you – or me – is no Savior at all.  And that is why, on a daily basis, in times of sorrow and struggle, it matters to know that Jesus is both divine and human.

Now God says to us

What He has already said to the earth as a whole

Through His grace-filled birth:

I am your life. I am your time.

I am the gloom of your daily routine. Why will you not hear it?

I weep your tears – pour yours out to me.

I am your joy.

Do not be afraid to be happy; ever since I wept, joy is the standard of living

That is really more suitable than the anxiety and grief of those who have no hope.

I am the blind alley of all your paths,

For when you no longer know how to go any farther,

Then you have reached me,

Though you are not aware of it.

I am in your anxiety, for I have shared it.

I am in the prison of your finiteness,

For my love has made me your prisoner.

I am in your death,

For today I began to die with you, because I was born,

And I have not let myself be spared any real part of this experience.

I am present in your needs;

I have suffered them and they are now transformed.

I no longer go away from this world.

Even if you do not see me now, I am there.

My love is unconquerable.

Light the Candles! They have more right to exist then all the darkness.

Photo by Greyson Joralemon on Unsplash

January 4, 2022 The Measure of Greatness: Archbishop Desmond Tutu
Recent Comments
0 | Leave a Comment
"Agreed. That's so often the case that I have an instinctive mistrust of the easy ..."
Frederick William Schmidt Ministry in the Age of Covid
"Thanks for these helpful guidelines. It seems that useful principles are always in tension with ..."
jekylldoc Ministry in the Age of Covid
"What a comfort to read the meditations from What god Wants For Your Life, especially ..."
Mary Kathryn Berry Thoughts at Christmastide: The Incarnation
"This was my all-time favourite message I read during the Season! Shared it on my ..."
jaunita “Happy Advent, you Brood of Vipers!”
Browse Our Archives
get the latest updates from
What God Wants for Your Life
and the Patheos
Progressive Christian
Channel
POPULAR AT PATHEOS Progressive Christian
1

Pastor Nelson’s Spouse Speaks: The Year...
EcoPreacher
Related posts from What God Wants for Your Life 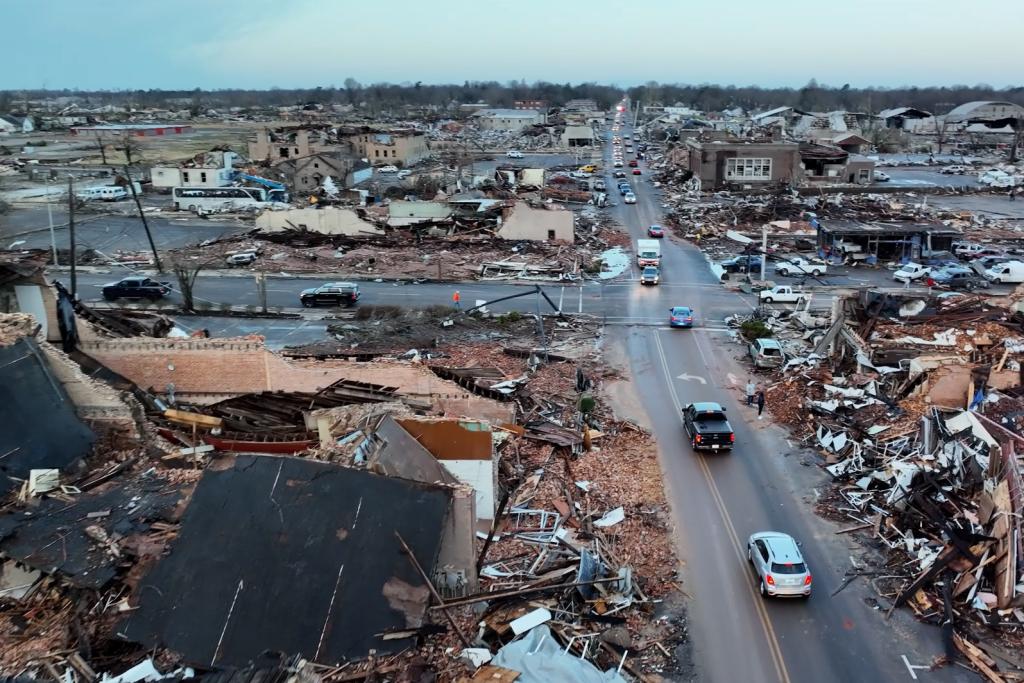 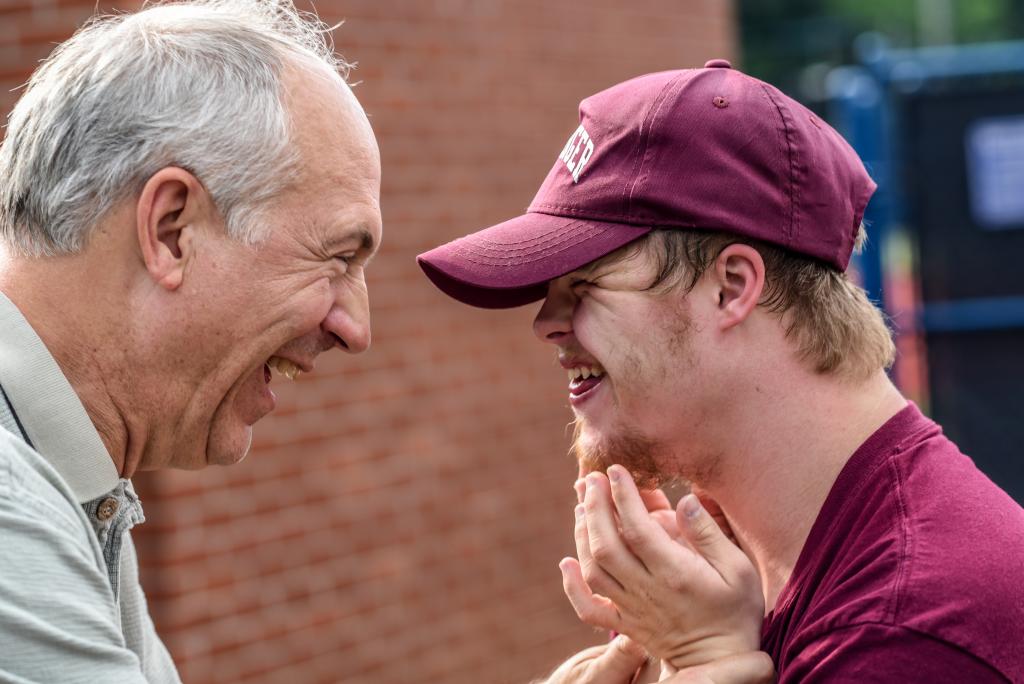