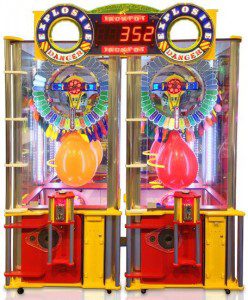 When Phil so graciously offered to have me write a guest post in his absence, I asked him if he had a specific topic he wanted me to write about. His response? “Just write about whatever inspires you that day. I trust you.” Wow. Thanks a lot Phil. I appreciate the vote of confidence but as I thought about what to write yesterday I was felt quite uninspired. So, I began considering all the things I could write about…

The kid who told my daughter at school this week that she shouldn’t listen to Bohemian Rhapsody because it was about Freddie Mercury being gay.

What Joel Osteen said and didn’t say about my LGBT friends.

The auctioning of a permit to kill an endangered Rhinoceros at the Dallas Safari Club.

All of which would normally provide ample inspiration, but yesterday? Just not feeling it. Why? I have no earthly idea. But ask any writer or creative (or anyone else)…inspiration is an elusive and unpredictable thing. With it, you can feel unstoppable. Without it – it can be impossible to start. Hell, I have even found myself scrapping many a nearly finished design project based on a less than inspired idea in favor of an all-nighter based on what seemed to be a flash of brilliant inspiration.

I don’t know about you but often it feels like the harder I search for inspiration the less of it I find. I haven’t been a blogger (or even considered myself a writer) for very long. In fact, wordofawoman.com is just over two years old. I used to think my inspiration for beginning it came in the form of a whim, like a candy bar purchased in the check out line. I have even described it as such. However, the longer I write (and the longer I live for that matter) I find instead that the inspiration for my blog came little by little and bit by bit year after year…for 42 years. It piled up like so many dust bunnies hiding under my bed until they refuse to be ignored.

Wait, you know what I think it’s like? I think inspiration is like that game at Chuck E. Cheese. You know the one with the big giant balloon? You put in your tokens and the dial starts spinning and when you are ready you press the big red button to stop it. Wherever the pointer stops tells the machine how much air to put in. Then balloon starts inflating. It inflates and inflates until one day some kid puts in her coin and pushes the button and the dial stops and the balloon cannot take one more ounce of pressure and it explodes! That my friends is how my blog started…42 years of compressed ideas and experiences and frustrations and victories and disappointments all decided it was time to be let out. Kabaang! My so-called “whim” was actually the product of everything that had ever happened to me up until that point. AND. THEN. SOME.

In reality isn’t that how life works? Each inspiration the product of a lifetime of decisions, relationships, education, circumstances and chance leading us to a precise moment of inspiration? Isn’t every inspired thought or action not only the product of our own lifetime but also the lifetime of those who came before, those who we know now and even those we haven’t met yet? Aren’t we all, in actuality, interconnected? In chaos theory we call this the butterfly effect. The smallest variable can change the outcome of events and influence us in ways we cannot always easily perceive. Take the iPhone as an example. Think about all that had to happen throughout history to make Steve Jobs’ inspiration a possibility. The iPhone literally could not have happened before or after it did, in the way that it did.  Our achievements, no doubt largely our own, are truthfully the product of every event, person and decision that have made us – and the environment around us – ripe for inspiration. Indeed, our inspirations and what we do with them are the building blocks of everything that is to come good or ill.

Recently I read an article on NPR about a study that showed choral singers hearts actually begin beating in sync with each other as they sing. How cools is that? I suspect there are more ways we are connected that we are not even aware of.  Make no mistake, we are connected. What we do. What we say. How we love (or don’t love) actually changes EVERYTHING. And I do mean everything. And for that matter, it changes EVERY ONE.

This got me to thinking as I lay in bed last night. What an amazing thing this is. We are all at once the inspired and the inspirer, the influenced and the influencer. We get to take the years of experiences and people and decisions, good and bad and we get to act, to create, to invent. We get to love, to evolve and yes, even to inspire. And as we do, the world changes. People change. Life changes. Humanity changes.

God calls us into a future in which we co-create with him. He took all humanity had to dish out that would change the world for ill and instead he took it and showed us how to love.  Talk about inspiration.  He takes all my shit and yours and dumps it out like an overturned purse or a ransacked house, he digs through it and calls it inspirational. How would you like to live in a world where everything is made right? Guess what? You get to help design it. Starting right now. 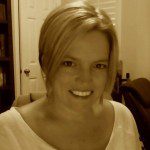 Michelle Krabill is a blogger at wordofawoman.com where she blogs about any topic that inspires her. She and her husband are part of a team of co-pastors at novitas church in Arlington, Texas. She is also a mom to two middle schoolers. In her spare time she is also a freelance graphic designer and copywriter. You can follow her on Facebook at Word of a Woman and Novitas Church or on Twitter @wordofawoman or @novitaschurch. 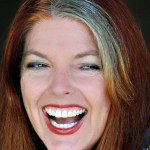 January 18, 2014 Welcoming, and Affirming… and Baptist
Recent Comments
0 | Leave a Comment
"Very nice sermon!"
Arlene Adamo We Are Everywhere!
"No sir, you are not alone in this. There are parts of me ONLY visible ..."
Mark Holland The Wobbly Parts
"Could you please help me understand the meaning of the "Seed"? Thank you."
Mark Johnson Love Is A Seed… A Black ..."
"It's probably me, but I absolutely can't make heads or tails of this post. I ..."
Mark Johnson Love Is A Seed… A Black ..."
Browse Our Archives
Related posts from Whiskey Preacher 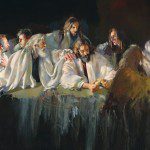 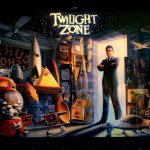