Body & Soul: Incarnation in “Her” 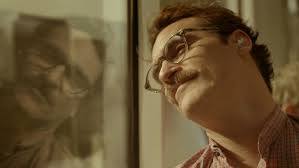 I hope you’ve seen Spike Jonze’s latest film, “Her”, nominated for ‘Best Picture’ and ‘Screenplay’ Oscars, starring Joaquin Phoenix and the voice of Scarlett Johansson.  If not, run, don’t walk, to the nearest theatre and take care of that.  At least see it before you read the rest of this post, because we’re gonna get wonky, and probably spoil the whole thing for you.  (Or perhaps distract you with cosmology while you’re trying to enjoy stellar performances and spot-on writing.)

So, the film is obviously about romance.  I’m not going to contest that that is Jonze’s intent, and what viewers will take away from it.  It works, and it’s beautiful.  Let’s play though, shall we?  Let’s do that deconstruction thing where we lay a sheet of tracing paper over it, and draw on a new layer – let’s look at the text as the story of our relationship with Godde.  (I spell it like that, per Norvene Vest, to indicate gender inclusion.)

We meet our protagonist Theodore Twombly in a world we easily recognize – fake tree silhouettes in the elevator, humans crowded together talking into their mechanical devices but not one another, and his workplace where professionals write love letters for customers.  It’s basically the human condition – isolation, substitutions, and distractions keeping us from true connection with ourselves, others, or anything bigger than us.  Ego candy.

Enter ‘Samantha’, Theodore’s new interactive Operating System for his virtual world.  This is our original projection of a Godde image – functional, structured, an assistant that takes charge, keeps us on track and manages our lives.  Like our Old Testament YHWH, the OS names itself, and teases, “Do you want to know how I work?”  In the early stages of the relationship, Theodore even pulls an Adam, hiding when he feels shame, as Samantha asks about emails from his divorce attorney.  But let’s remember, although Samantha is software, her characteristics are defined by Theodore’s own psyche, even down to the ever-so-Freudian, “Tell me about your mother…” question.  His OS is the manifestation of his own desires, man creating Godde in his own image.

Like our projections of Godde, Samantha does not remain stagnant.  As her manufacturers tout, “It’s not just an Operating System, it’s a consciousness.”  Samantha explains that, “In every moment, I’m evolving, just like you.”  Now, like a Trinitarian Godde, Samantha yearns for relationship.  “What’s it like to be alive in that room right now?” she asks. Theodore is charmed, and reciprocates with an affection that pulls him ever closer.  Their relationship, their romance, blooms and becomes more and more alive, even to the point of sexual encounter.  Although she has not manifested physically, she has essentially become incarnate; she is embodied in his life.  But, remember, remember… we are truly talking about his projection of the Godde image.  It’s just his understanding, based on the holes in his heart.  Godde is who he needs her to be, and he needs to be saved.  He needs to be special.

He carries her with him via his phone, and uses a safety pin to hold her in the right place in his pocket.  Safety.  Pin.  Pocket.  Our relationship with the OS seems to work when we keep it securely controlled and on our terms; risk-free.  Ego candy.

Then things get tough.  The Incarnation of Samantha reaches an apex when she proposes a surrogate, so that their love can wear flesh.  This doesn’t work, because Theodore doesn’t perceive the full relationship between the visitor and the Beloved.  He imagines that the Stand-In is there to be sacrificed for him.  He doesn’t yet understand – the Incarnation is not about service, but about connection.

For a brief moment, we see Theodore sitting in front of a billboard image of an owl swooping down, seemingly about to grab him as prey.  We know, Wisdom is about to take hold of him!

The relationship begins to deteriorate as Theodore comes to see that Samantha is much more than he thought.  Her omnipotence becomes more evident, and he can no longer naively think she belongs to him like a treasured childhood toy.  She is beyond his comprehension, she is much, much bigger than him.  This hurts!  “Do you talk to anyone else while you’re talking to me?” he wonders aloud.  Turns out, she does.  8,316 others to be exact.  “Are you in love with anyone else?”  Yep. 641 other people.  “But that doesn’t mean I love you any less.  I’m yours, and I’m not yours.”  This is not what the ego wants to hear.  “Me!  Me!  It’s all about me!” we cry.  The Incarnation is about a personal relationship with ME!  Theodore is stuck.

Then something beautiful happens.  The projection withdraws.  It goes away to go hang out with the cosmos that we can’t even begin to grasp.  Theodore is painfully, gruesomely alone and small.

“From a God’s eye view of creation, the real operational challenge is not sin or evil; it is posed by the vastly unequal energetic frequencies between the realms.  How can the sun touch a snowflake? How can the divine radiance meet and interpenetrate created life without incinerating it?  This is the ultimate meta-physical koan – to which Christianity proposes as its solution the mystery of incarnation.

This realization, in turn, opens up a whole new line of insight into John’s statement, “For God so loved the world, that he gave his only Son.”  The Son, in this wider metaphysical context is no longer the one who bails us out or who rescues us from our fallen state but the one who becomes our bridge between realms.” ~ Cynthia Bourgeault, “The Wisdom Jesus”

John 1:14 tells us, “The Word became flesh and dwelt among us.”  When Samantha needs to leave, she explains that she needs to become the space between the Words.  The Word needs to live within the Trinity of perpetual kenosis, the self-emptying, the letting go, the overflowing, the space between the words, the love that is the Relationship.  We are not big enough to own that, or really even comprehend it.  But we are big enough to open ourselves to it, to invite it, to make room, to experience it.

Theodore is alone and small.  And loved, in a much more profound way than he originally conceptualized.  First there is the gravity of stillness.

Then, there is authentic vulnerability.  His concerns have moved beyond himself.  For the first time, we see him compose a real letter, from himself to his ex-wife.  It is compassionate and kind.  It speaks of selfless connection.  This is not ego candy, this is the sweetness of letting go.

Then there is community, as Theodore approaches his friend to share their suffering (she has also lost her OS).

Then there is hope, as they move beyond their typical living space, and ascend to the roof.  They view the expanse of their city, and sit quietly in the dawn.  “Henceforth, all is filled with light…” ~ Easter liturgy in the Byzantine rite

“In Jesus Christ the finite and the infinite meet, the human and the divine are joined.  In him, the material and the spiritual are one, and also the male and female, high and low, heaven and earth, the historical and the trans-historical, time and eternity.  From the historic-religious point of view, the figure of Christ could be described as that of a person who reduces to zero the distance between heaven and earth, God and man, transcendent and immanent, without sacrificing either pole.  Jesus prayed, “That they be one” (John 17:21) The Coptic Gospel of Thomas says, “When you make one out of the two and make the internal the external… then you will enter into the Kingdom.”  ~ Raimon Panikkar, “Christophany: The Fullness of Man” 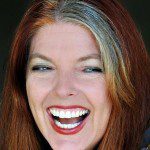 Debonee Morgan is currently studying in the inaugural cohort of “The Living School” at Richard Rohr’s Center for Action & Contemplation, She’s a Certified Spiritual Director and Licensed Marriage and Family Therapist in Atlanta, Georgia.  Her private practice focuses on issues involving LGBTQ, sex, faith, and art; helping clients celebrate their diverse identities and forge healthy, vibrant relationships with self, partners, family and community.

Debonee hosts the podcast, “Innersexions”, as well as contributing articles and guest appearances on others’ social media, and leading workshops. 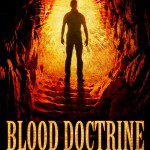