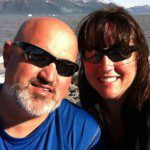 Tracy Simmons is the lead pastor of Christ Community Church, Alaska in Anchorage, Alaska. He was also Phil’s youth pastor. There are too many words to describe the course of his journey with Jesus, but in summary… Amazing. Grace. You can find him at c3ak.com, or on his occasional blog. Or, you may get a few bits of wisdom from his Twitter feed at @CasualHeretic. Or, you might be interested in some of his music at TracySimmonsAK. 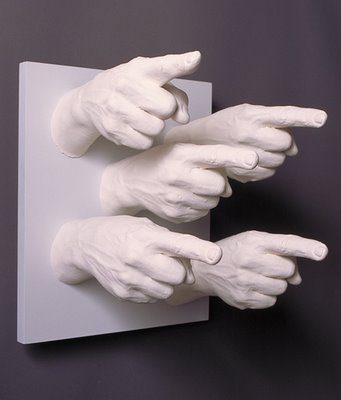 To me, it doesn’t seem all that complicated. But, I’m sure, there are many who would disagree, and I suppose if I wanted to linger on the finer details, I might concede that it can be much more complicated than I want it to be. Need it to be.

In recent weeks, my co-pastor, Jason Souza and I, have been leading our congregation through a verse by verse, Sunday morning series from the Book of James. This little letter is barely over one-hundred verses, and roughly half of them are imperative statements, implying that we, as Believers, should be taking different sorts of actions. This past week, our text came from the first thirteen verses of chapter two.

Initially, the writer, believed to be James the Just, brother of Jesus, gives us an earful about making sure we don’t look at the outer trappings of individuals such as wealth, and decide that those who have more, are actually worth more. The world has always been enamored with shiny things, and shiny people. The music of money jingling in someone’s pockets can be a siren song to those thirsting for more. We idolize the rich, especially when they appear to be magnanimous, and condescend to the poor, when they try to cling to what hardscrabble they’ve been able to acquire. In God’s economy, wealth doesn’t count for much. The Book of Revelation tells us, in Heaven, gold is so pure it’s transparent; not a hint of contamination in it. So what does God do with this precious commodity? Why, make roads from it! So we can trample it under our feet.

In fact, what the writer of James says about those who elevate others because of wealth, or status, or power, as we understand wealth may encompass a great many things beyond “stuff”, nor is poverty limited to the balance of the checkbook or grandeur of a mansion, is this:

“have you not then made distinctions among yourselves and become judges with evil thoughts?”  James 2:4 (ESV)

It isn’t just that it’s unkind or impolite to treat others such. It’s evil. When we do so, we are being evil, and the result of that evil is judgment.

Is it just me, or is judgment the defining characteristic most of the world sees in the church? If we randomly stopped people on the street and asked them to choose one word to describe the “church” of Jesus Christ, what word would rise to the top?

From my keyboard to God’s ears. No, I regretfully surmise that while those words might be on a few lips, they would quickly fall to the bottom as the word “judgment” rattled out, again and again.

I know! I know! Doesn’t God judge? Aren’t there verses in the Bible that pass judgments on choices, desires, behaviors, thoughts even? Don’t we call those things sin? Indeed, this is true. God does judge. This same writer says as much a few verses later in James 5:9.

“Behold, the Judge is standing right at the door.” (ESV)

That’s judge with a capital “J”.

It’s so tempting to take on the role of God, because we are, after all, God’s children. Adopted into the family of the Most High, and slated to sit at the right hand of Father God along with Jesus. Why shouldn’t we do a bit of the work of judging when we see a person who needs to be corrected? I mean, if someone was running into a burning building, you’d do everything you could to save them, wouldn’t you? Well, maybe you would. Everyone tends to think they would run after someone in danger, and risk their own lives to snatch them from the jaws of certain destruction. But, the truth is, most people really wouldn’t. In an imaginary scenario, where we always cast ourselves as the hero? That’s a piece of cake. A no-brainer. However, reality and real life stories reveal that most people, though not all… most people are more willing to stand by and hope that someone will spring to action and save a person in distress. The Bible, smart as it is, talks about this too:

“For one will scarcely die for a righteous person, though perhaps for a good person one would dare even to die” Romans 5:7 (ESV)

Typically, I find the expressed sentiment of the burning building scenario followed by the popular screech of “love the sinner, hate the sin”. This is a sentiment I totally understand, and which also makes me want to vomit whenever I hear it. I understand it, because it is precisely what God has done for me. I vomit, because I have yet to meet a person who says this, whom is also able to really live it out. Because the hating of the sin they express always outshouts the loving of the sinner they try to show. If you are, or know someone who actually makes a good go at this principle, GOD BLESS ‘EM. I would say they are a rare bird, because the rest of us really, really suck at it.

For this reason, I choose to leave the judgment to God, and I will always fall to the side of mercy. Mercy expressed is love in action.

It’s easy to leave the judgment with God, because God’s judgment isn’t tinged with the same self-righteous need to be right that infuses my judgment. I know that when I made the decision to be follower of Jesus, it was partly because I heard God’s judgment about my sin problem, and I wanted to be made righteous and set free, instead of being judged for them. But, the reason I trusted God to take care of that problem, is because I first understood the crazy depth of God’s love to be willing to do that for me. Especially, considering the price God would pay in Jesus Christ, to make it possible. And so, for me, I go with the love thing not the judgment thing.

The defining difference between the judgment we so commonly throw around on the world, and God’s judgment, is that ours cries out to be proved right and better than the one we are judging, for the purpose of making ourselves seem better. God’s judgment of our sin cries out, “I truly, madly, deeply, really love you. Please let me help you out of this prison of sin.”

The final verse in the passage from James, chapter two says this:

“So speak and so act as those who are to be judged under the law of liberty. For judgment is without mercy to one who has shown no mercy.“ James 2:12-13a (ESV)

In other words, treat others with the understanding, if it weren’t for God’s boundless mercy you’ve received, you would still be living under God’s judgment for your sins. And then, this beautiful gem:

“Mercy triumphs over judgment.”  James 2:13b

If I were James the Just, I’d drop the microphone (or the pen, as it were) and walk off the stage. BOOM!

One more thing… Often, in the course of this conversation with people, they like to bring up the woman caught in adultery, and brought before Jesus for good old fashioned public execution by stoning. After all, the last thing Jesus says to her is, “Now, don’t do that anymore.”  This gets trotted out as a justification to blather at people about their sin. I’ll close with three quick thoughts.

Thank God, that most certainly is convenient. And blessed. Beautiful. Undeserved and unexpected.

January 22, 2014
Tongue Talking, Control, and the fallacies of logic
Next Post