Tongue Talking, Control, and the fallacies of logic 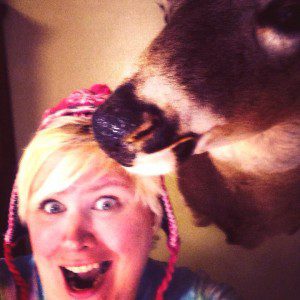 You grow up figuring out how to sleep. You find melatonin, or Benadryl, and occasionally abuse Tylenol p.m. You don’t talk about it in church. People will make it out to be demons. Or something to be controlled by prayer and fasting. Mostly, you do anything to avoid being hospitalized. Hospitalization takes away your god-likeness. And that’s one thing that the mania gives you. God-likeness.  BUT you must be in control of this and not go crazy. And this god-likeness should never be confused with a prideful subversion of God, but rather associated with a feeling that you are fully alive and fully divine. Sadly, the feeling is often accompanied by some irrational thinking: usually that every song blares your life story, or the people you see in the IHOP at 2 am talk about you, or all the faces in the walls come out at night. You seem to get this all mixed up in your head- as you try to stay away from the fear inculcation of your youth group and Pentecostal heritage and maintain control and logic.

Finding Jesus in the mental ward is a fun thing– but often you prefer atheism, since it seems less likely to induce psychotic breaks or charismatic happenings. Atheism is really a good source of being correct all the time. You like being correct. It feels good to control your life and not be Pentecostal or bipolar. Something fascinates you about Jesus, though. You feel a strange love. A deeper one that the crush you have on Buddha, or the time you sun danced, or went on a mushroom quest. The four times you ventured into the mosque covering your head, and covering your tattoos you found Jesus there, too. Somewhere between “Allahu Akbar” and hitting your knees you found yourself surrounded by the Holy Spirit. You look over to your angry atheist friend, pushing his glasses up his nose, and his opinion down your throat. You really wish you could get to that “pure logic state” without the anger- or the nihilism. Maybe just some more rationalism, the enlightenment, and empiricism, those things you can control and manage. Maybe you just need meds that can weigh down the dopamine for a minute or the fact you feel spiritual.

But then again- you really believe in something more than yourself. After coming out of the hospital, the army, a drug overdose, a tour with the Peace Corps, or whatever life changing event, you suggest to God that you would like a rational religion. You ask God to make you reformed or Lutheran. Something respectable in liberal and educated circles. 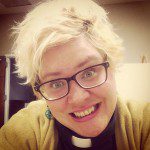 And then you find yourself speaking in tongues.

Pizza dough surrounded me. I stood covered in corn meal alone in the oven area, shaking my fist at God. “God, I told you I wanted to be a Lutheran or reformed. I am so freaking pissed. Ugh!” I remember the disdain I held deeply in my heart for the Pentecostals I grew up with and wishing that I could have been something different. Funny, me telling God what I wanted to be. There was a lot of hurt from my roots.

But not speaking in tongues.

I was afraid if I existed as a Pentecostal I would be bipolar like my father and out of control. I might flip out, rise up with some prophetic anointing and do something bat shit crazy like Jeremiah or Ezekiel or worse like one of those crusade evangelists. I hated the manipulation and fakeness. My father told everyone I had brought witch craft into our home, and I was a lesbian because God “showed” him in a vision. Both of those things scarred my heart. If I submitted to God, I might start talking in tongues or crying. I didn’t want to lose control of my body and mind. I much preferred wrestling and wagering with God rather than trusting him or her completely.

Some Pentecostals will tell you that God is a gentle person and the spirit of God never “possesses” someone or does something outside of their control. I always wanted something rational and inside of my control. That is why atheism seemed like a decent choice in my early twenties. I was a control freak. So much so, that during my youth and post my drug-overdose, I would push back against the hands of sweaty evangelists in prayer lines. No way in hell, I was going to be pushed backwards and be “slain in the spirit.” I wanted something authentic.

But not speaking in tongues.

I wasn’t even sure that was of God. The vision filled my head of all those country white women with big boobs and bigger hair swaying in cadence at the altar with the Pompeii Olive Oil in one hand and a tissue in the other.

Although I remember the warmth and healing I felt as a child. I recall the compassion I experienced.

As I prayed and sought God, I asked him or her to give me everything he/she wanted me to have.

So I spoke in tongues.

It wasn’t forceful. It wasn’t practiced. No great prophet, man of God, or super woman evangelist stood over me doing some shamanistic shake or pouring oil or laying dyed fabric over me. I was driving in my PT Cruiser, smoking an American Spirit with dyed pink hair when I heard a “World Vision” commercial come over the radio. I so desperately wanted to support the orphan children in Sudan, or Somalia, or Venezuela or Bangkok, but my pizza delivery money didn’t hardly pay for my cigarettes let alone my Mountain Dews. I felt very guilty and told God I wanted to sponsor a child, but I didn’t have enough money to pay my bills. I felt something bubble up inside of me. Then in my thoughts I felt as though God said “You will sponsor many children.” I opened my mouth to express praise from hearing this thought and the words spilled over my mouth.

Something similar to Hebrew or Aramaic syllables formed in my mouth and then full on blubbering/babbling. I experienced a mixed emotion of ecstasy and love, but in my head I doubted it. I assumed it was some memorized Hebrew or mix of Italian and Russian that I had studied in high school or my first attempt at college before I started eating acid and stopped attending the campus Christian ministries. Maybe a cognitive hiccup of some kind. I prayed over and over again for it to stop if it was not authentic. My rational, logical, heretic hunting self could not understand speaking in tongues.

And so I returned to my roots, walked in forgiveness towards my tradition, and learned a lot about the historical Pentecostal movement in America. This started with pacifists, as a minority led, pro-women, and non-nationalistic expression of the body of Christ. This appeared vastly different than East Bumble Church of God or West Woods Camouflage Assembly of God.  World systems crept into the movement and slowly pulled it astray. But there remain many Pentecostals who are not influenced by Fox News or Duck Dynasty. These Kingdom participants hide in plain sight, upsetting the world systems within those denominations. They rip off the ugly sin stains of slave-owning Christianity and expose its adultery with the American empire, calling it back to HESSED covenant loyalty with God. And I was fortunate to meet these people when I went to Bible College and seminary. Although there is a disdain of education that infused itself during the modernist controversies in America, there are many thinking Pentecostals. (See Society of Pentecostal Studies for more information) I found myself left of the liberals in Pentecostalism and soon split ways with the Assemblies of God in 2011 over Gays, the doctrine of hell, and contextualizing to postmodernity. But a large part of my life still is very Pentecostal. Or mystical. Or Wild Goose led. I speak in tongues daily.

Usually in a personal way. It’s a practice that builds up my own spirituality. On occasion, I may feel a prophetic word rise up in my heart, or I may feel my hands glow with fiery healing power. That may freak out a good many of my liberal main line friends. But not all of them, some of them have the glimmer in their eye. And while we may read John Shelby Spong, Marcus Borg, or Jesus Seminar literature, we may also gather at the river to dance, pray, wail, and cry out with ecstatic hope.

As a tongue talker, I get asked a lot about speaking in tongues from a biblical perspective and a historical perspective.  While I won’t take time out to write a position paper on speaking in tongues from a biblical worldview, (there are many great resources out there on this information) I will say that a lot of the saints experienced ecstatic utterances and felt a union with God.  Francis reportedly communicated with animals. He found himself in the woods making strange noises. Patrick often wrote about Joel chapter 2 and in his Confessio, states he experienced some powerful emotions and words of groaning. A lot of saints on the fringe experienced mystical encounters with God, and many worked with the poor. (working with the poor is so much more important than speaking in tongues!)

I realize half of my audience may think that this is all skubalon, but I ask you to lay down your cynicism, humble yourself, and see if the “baptism of fire” or tongue talking may be for you.

It may not be. And as the apostle Paul said he wished more persons would prophesy than speak in tongues. I really just wish more people would give a skubala about the homeless and the poor. But maybe giving skubalon starts with feeling union with God. Who knows? I certainly don’t know skubalon, except Jesus. 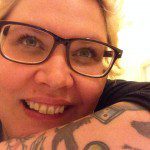 Bec is an advocate for the marginalized of Atlanta.

January 24, 2014 Christians Are Judgmental Jerks
Recent Comments
0 | Leave a Comment
"Very nice sermon!"
Arlene Adamo We Are Everywhere!
"No sir, you are not alone in this. There are parts of me ONLY visible ..."
Mark Holland The Wobbly Parts
"Could you please help me understand the meaning of the "Seed"? Thank you."
Mark Johnson Love Is A Seed… A Black ..."
"It's probably me, but I absolutely can't make heads or tails of this post. I ..."
Mark Johnson Love Is A Seed… A Black ..."
Browse Our Archives
Related posts from Whiskey Preacher