Mass Violence in America: This Is Who We Are and Choose To Be

It’s hard to watch a president give his 900th after-mass-shooting speech about the need for sensible gun laws* – worthy and crucial as that conversation continues to be – when that same president’s legacy is so heavily marred by drone bombings of innocents on foreign soil.

It’s impossible to read the tweets and prayers of legislators feigning horror and heartbreak, knowing they sit deeply in the pocket of the NRA which has purchased their allegiance, and that tomorrow they will return to work and fight harder than ever NOT to pass any laws now that could have protected and saved the lives of these Beloved before they were slaughtered at a night club, never mind the hundreds before them.

It’s enraging to hear legislators double-speak about the horrors of mass violence against the very same LGBTQ people they’ve studiously avoided passing protections for, and whose civil rights they still protest, legislate against, and work around daily. To hear the same voices decry this mass shooting AND legal protections for the slaughtered’s community…I just can’t.

To hear these legislators pass the blame for their own utter, deliberate refusal to stop gun violence, and heap it on the shoulders of a non-violent religious community as a convenient xenophobic scapegoat for their own homophobia and gun worship… No. Stop.

And Jesus Jesus Jesus. The religious mad men who, in His name, “pray for the dead and the injured survivors” while simultaneously preaching from the pulpit a gospel that condemns the very same community to an eternity of infinitely worse terror is unconscionable, and as UN-christlike as anyone can imagine… I implore you to confess and repent, and I pray you find mercy, you who preach a gospel of death.

*To answer: No, I will not engage the discussion of “what is sensible gun legislation.” Because we have had this discussion dozens of times in the last eight years alone, each after the latest mass shooting. We didn’t care enough to make a change when 20 6-year-olds were gunned down. And we all know the answer to the question. To ask is disingenuous. To ask is to demonstrate disinterest in an answer, and an exclusive in worshiping guns and preserving unregulated gun rights at the cost of human lives, over and over and over. So no. I will not.

This culture of death and violence?

This is who we are repeatedly choose to be.

I am not interested in, nor will I host a tired debate.

I want to see and be change.

That’s the only thing that matters anymore.

To do is to turn around.

…To address the foundations of a nation that was literally built on the backs of imported slaves, in soil drenched in Native blood.

…To address ongoing violence against women and minorities and the failure of legislators to pass any meaningful protections for them.

…To address the ongoing erasure of the minority experience in America by labeling this one the worst mass shooting in history, while conveniently forgetting the Trail of Tears, Wounded Knee, the mass lynching of Black people, and worse.

To do is to address and dismantle the most abiding, most intrinsic American value of Domination By Bloodshed.

Back to page one. 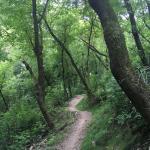