There was a long stretch there when I spoke directly to evangelicals about the moral depravity of evangelicalism. I had hope that my upbringing in the standard, non-fundie dead-center of the movement, along with my degree in theology and my efforts to build bridges, would pave a path for me into their ears. That the relationships I built with friends who thought I was fringe-y but authentic would prove powerful we it was time to start saying the most painfully true things.

Like that purity culture is a dangerous lie that demonizes, exploits, and worships female sexuality and inherently makes women vulnerable to sex predators within the church who, being “visual creatures and conquerors of the world and womb designed as such by God,” cannot control their sexual urges.

Like that racism and bigotry against anyone declared “other” — be they Muslims or LGBTQIA folks or Black boys in hoodies or women who want kids but not husbands or Indigenous people — are fundamental to the foundations of their doctrines, which naturally and necessarily pit “God’s elect” against all other humans who are, aside from (their narrowly-defined) Christ, not merely lost in misbelief but bound for an eternal torture worse than anything Hitler could have conceived.

I came from evangelicalism. I used to believe that Black Women were welfare queens, and Native Americans were all drunks, and Muslims were terrorists, and single moms were sluts, and LGBTQIA people were abominable to their Maker.

I listened to the marginalized people I’d demonized, heard them share their experiences, felt burned and pricked and stung when they named the ways that I’d failed the Gospel of Jesus in relation to them…

So I had hope others could too. I had hope that *evangelicalism* could be rescued to reflect the Gospel more truly and fully.

But twice now — in the 2016 presidential election, and today in the AL special election — evangelicals have come out in whopping 80% droves for blatantly racist, white supremacist, misogynistic, bigoted, sexual predators who openly and flamboyantly hate those Jesus most loves.

So to evangelicalism I will say for the very last time: SCREW YOU every way from Sunday and twice on Wednesday. May your vestiges burn, may your pillars crumble in dust. You mock God. And God will not be mocked.

And to all the evangelicals out there still trying to rescue evangelicalism from the brood of vipers?

#EmptyThePews and join us in the streets where we’re marching for Jesus and those Jesus loves.

Join us in the safe houses where we’re loving and serving homeless LGBTQIA teenagers who’ve been kicked out of their homes because your pastors teach parents that God hates their children.

Join us in the refugee resettlement centers where we’re embracing and welcoming and feeding and building community with Muslims from across the globe who have come to us for a new beginning, and who have so much to teach us about love for and devotion to God.

Join us in the “hood” where we’re sending kids growing up in poverty through a Christmas Store where they can shop for their family members without sacrificing dignity.

Join us on the outside. We have fresh air, fresh hope.

Join us. You’re clearly not an evangelical anymore anyway. And Thank God for it. 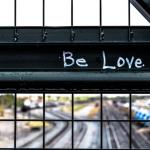 December 12, 2017
An Open Letter To Keaton Jones and the Watching World
Next Post 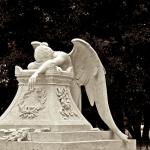 December 31, 2017 My First Christmas Without Jesus
Recent Comments
24 Comments | Leave a Comment
"There is no god."
Nixon is Lord Choose Life or Choose Republicans. You ..."
""If there is one person in your life who deserves to walk on the softer ..."
Austin A Decade of Marriage Means I’m ..."
"You celebrated something other than Christmas."
Nimblewill My First Christmas Without Jesus
"what is gaslighting?"
john ramsbottom The Terrifying Call of Christ’s Resurrection
Browse Our Archives
Related posts from Who We Choose To Be with Amy Courts