An Open Letter To Keaton Jones and the Watching World

On December 9th, Jamie O’Grady tweeted a heartbreaking video of Kimberly Jones’s son, middle schooler Keaton Jones, bravely recounting through tears the bullying he endures at school each day: Kids mock him with mean names, throw food at him, call him ugly, and worse. Celebrities and random users across the twitterverse retweeted the video, rallying to his defense and commending his bravery.

Then yesterday, The Root published readily-available social media information about his mother, Kimberly, who appeared to be a well-established racist. Throughout the course of the day, it became unclear whether or not the racist comments were actually Kimberly’s or belonged to a troll posing as her, and while rumor had it that Keaton may have been bullied after having himself used racial slurs against his classmates, his family denies it all.

So the bottom line is we don’t how much of any of this information is accurate, except that Keaton made the video of his own volition.

So instead of commenting on things that may or may not be true, I want to speak to what we can know.

To the adults in the middle of all this:
Our world is teaching kids like Keaton that skin color, sexual orientation, gender identity, religious affiliation, place of birth, and disabilities are reasons to be hated or deemed inferior. Over the past two years, we’ve seen a discernible spike in white supremacist hate crimes against each of these communities.

I see in Keaton a victim of two cruel realities: The one he faces in a broken nation where he’s taught to hate, and the one he faces at school where he is being told he is hatable. The pain and damage of each of those is incalculable.

I have to believe Keaton is a sponge who can be loved out of both lessons. If the video shows us anything, it’s a boy with some compassion and tenderness that hasn’t yet been frozen out of him.

This experience for him — of seeing the world rally around someone who’s being abused and tormented for reasons beyond his control or choosing — can be transformative. It can alter the course of his entire life and set him on a path away from the hatred he’s absorbed and toward the Love, affirmation, belonging we all deserve as bearers of the Imago Dei.

Whatever kind of people his family and community have chosen to be, Keaton didn’t choose any of this: Not the confederacy, not the language of hate, not his appearance, not the bullying. How we respond to his hurt here and now may be the catalyst for the choices he ultimately makes.

Indeed, who we choose to be right now may directly affect who he chooses to be moving forward. We are obligated to his generation to choose wisely.

And to Keaton I want to say this:

I see you. I’ve watched as you’ve been hurled to the center of a mess you never wanted when spoke out against bullying. You were crushed, then lifted, and the crushed again.

I can only imagine the hurt you feel. You might want to just run away and hide and pretend this never happened.

But it happened. You’re so young, and you have a tender, compassionate heart. We know, because we watched you speak truth about equity and justice through tears. So it’s scary to land in a super vulnerable, exposed place, by no fault of our own.

You didn’t choose where you come from or what the people around you believe about others who are different. You didn’t choose to grow up in a confederate-flag-waving south. I don’t know if you were the perpetrator or just the victim of bullying, but we both know it is never okay from anyone anywhere. And you know deep in your bones that differences make us beautiful, not ugly or inferior.

So this moment in your life is transformative. What you choose matters. The video cannot be unshared; the fallout cannot be undone.

But you’ve got a whole nation who sees you, and is standing by hoping and cheering you on toward Love.

Beloved, Be Loved and Be Love. Change the tide and choose Love.

PS: Also, if you want to donate money to the cause of anti-bulling, support organizations like these.

Update (12/13/17 10:17pm): An earlier version of this post incorrectly named Jamie O’Grady as Keaton’s mom. It’s since been corrected to name Kimberly Jones. 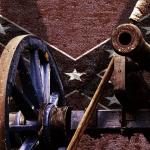 December 8, 2017
Back When We Had Slaves, Unity, and Greatness
Next Post 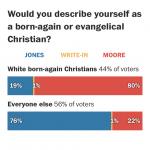 December 13, 2017 Good Riddance, Evangelicalism.
Recent Comments
1 Comment | Leave a Comment
Browse Our Archives
Related posts from Who We Choose To Be with Amy Courts