The Way of Tenderness: the Form and Emptiness of Race, Sexuality, and Gender

The Way of Tenderness: the Form and Emptiness of Race, Sexuality, and Gender March 20, 2015 Dosho Port 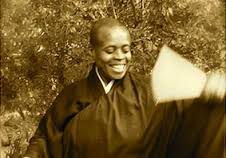 “Although my teachers taught us the absolute truths of Zen practice, they seemed to negate identity without considering the implications that identity can have for oppressed groups of people.”

This is an important book.

Zenju has a powerful, deeply personal, tender, and reflective way of giving voice to the dharma as black, woman, and lesbian.

In this post, I want to zero in on just one issue – the social implications of how we understand and actualize the fundamental and the absolute. For a more comprehensive review of the Way of Tenderness: Awakening Through Race, Sexuality, and Gender, I recommend Justin Whitaker’s fine take on it over at American Buddhist Perspectives.

Or better yet, buy the book and read it for yourself.

You might ask, “What are the social implications of fundamental and absolute?”

Zenju speaks compellingly on the point:

“We must acknowledge the relevancy of our lived experience, even within the absoluteness of our being, beyond our material embodiment. There is a relational self on the path of spirit. In other words, our identities in terms of race, sexuality, and gender cannot be ignored for the sake of some kind of imagined invisibility or to attain spiritual transcendence. We are not capable of being “unembodied” Selves….”

Form, after all, this very form, splattered with mud and soaking wet – Dosho as a white, aging, hetrosexual guy, or Zenju as a black, woman, lesbian – is the absolute.

That’s all she wrote.

In some Zen circles, the two truths doctrine (i.e., the relative worldly truth and the absolute beyond-worldly truth) attributed to Nagarjuna, gets reified as if there were two worlds – the so-called form world and the so-called absolute world. We’re told there are advantages to provisionally adopting this perspective. It’s frequently said in contemporary Zen discourse that just because we’re all one doesn’t mean that we can step in front of a bus and not go splat!

However, this perspective reveals a profound misunderstanding of oneness and diversity, emptiness and form.

According to Nagarjuna, “The highest meaning of the truth is not taught apart from practical behavior (Streng translation).”

So if you think you understand emptiness but have to be reminded not to step in front of the bus … well, you are in the ranks of those with a view of emptiness said by Nagajuna to be incurable.

Or you soon will be if you step in front of that bus.

Zenju shares experiences in Zen circles when her black, woman, lesbian perspective was dismissed as just the relative world, as just a delusion, that she should let go of. If she only understood the absolute she wouldn’t be bothered by such worldly considerations.

Maybe if she did hush up, some of us white, aging, hetrosexual guys would feel more comfortable and more secure in our relative world view.

But when the two truths are used to damp down the radical implications of the lion’s roar of  Avalokiteshvara (“Form is emptiness, emptiness is form”), then we miss the chance to open our hearts and really be the other. “To put others in our shoes,” as Katagiri Roshi it.

Zenju says, “Today, using such ancient teachings to promote favorable blindness, we end up turning away from the very types of lived experiences that motivated such teachings to begin with. We must look our embodiment in the face in order to attend to the challenge it presents. Only then will we come to engage each other with all of what we are—both the relative and the absolute, the physical and the formless.”

The Zen teaching and practice of formless form ought to be the source of inspiration for embracing the myriad splendid forms of this great earth as the essential truth of the buddhadharma. If I can’t see and be LGBQTI (Lesbian, Gay, Bisexual, Queer, Transgender, Intersexual) as formless form, the essential truth happening point, that just means that I’ve got work to do.

May we embrace the myriad worlds in this very world with a tender heart.

March 4, 2015
BTW, We Have to Remove Your Feet: Being Mortal, Waking Up, and Dying Together
Next Post

April 6, 2015 Restraining the Nevertheless Deluded One: Vine of Obstacles Turns Two
Recent Comments
1 Comment | Leave a Comment
"We are of One Mind on this. So few people seem to know how seldom ..."
Gregory Wonderwheel Solely Engrossed In One Thing: Dàhuì’s ..."
"I agree with you on Broughton and Watanabe's translation. I have about ~10 key terms ..."
doshoport Dàhuì’s Second List of Don’ts for ..."
"There are many many good things that can be said about Jeffrey Broughton's scholarship skills, ..."
Gregory Wonderwheel Dàhuì’s Second List of Don’ts for ..."
"Nice. Tangen Harada Roshi was always just 一行 one doing! :-) I don't think he ..."
doshoport “Please Sit By The Heater”: On ..."
Browse Our Archives
get the latest from
Wild Fox Zen
Sign up for our newsletter
POPULAR AT PATHEOS Buddhist
1