Them and Us – Coming of Age Late in Life 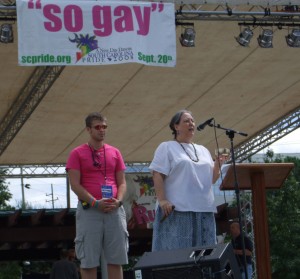 I walked in my first protest march at age 14 (20 miles, and we achieved a stay of execution from strip mining for Crowder’s Mountain).  Three years later I attended a community meeting at a black church following the unfair expulsion of a student at my high school.  We were unable to undo that sad outcome, but it was a remarkable learning experience for a teenager only a few years out of segregated schools.  Having cut my social justice teeth on environmental and race issues, I was only too happy from then on to add my voice and actions to other causes, from domestic violence to LGBT rights to politics I saw as unfair.

How ironic, then, that in late mid-life I find myself mellowing, actually pondering an issue before leaping to a position without full information.  How disconcerting, that life has taught me the nuances partly-hidden behind many of what I formerly viewed as forgone conclusions.  So many times I have fallen upon my sword, only to taste the bitterness of feeling abandoned by others not so noble as myself.  In most cases, I still believe I did “the right thing.”  But I and those close to me suffered a great deal from my strident approach to perceived injustices.

A man I looked up to reminded me one day that a leader should never fall on her sword if she wanted to continue the fight.  Although he angered me on at least one notable occasion with what I saw as a disingenuous compromise, his words introduced to me the concept of strategy, of acting in ways that would bring about real change, without necessarily destroying myself in the process.  In the middle of my life, and either through or despite many tears, I finally began to learn wisdom. 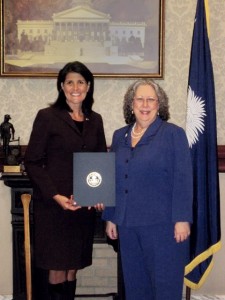 How has that changed me?  How does it impact the living out of my values?  First, I learned through my nonprofit work that collaborations are absolutely essential to accomplishing permanent change.  I do not mean collaborations among people who agree with me; I mean that anyone touched by an issue needs to sit down at the same table, if at all possible, for anything meaningful to occur.  I have found myself in the offices of politicians whom I detested, or meeting with people whose stated opinions on things like healthcare access, mental health or public education were wildly different from mine.  In those small meetings, however, I watched those who agreed with me “reach across the aisle” to weave networks of support.  Out of those meetings, I saw good things emerge: a permanent building for our county mental health facility, improved childcare and early education throughout South Carolina, homeless and crisis services, and lots more.

The Zimmerman trial, the recent U.S. Supreme Court (partial) dismantling of the Voting Rights Act, and the Snowden and Assange cases – all around me swirl the voices of my Pagan colleagues and friends.  Often, they presume that I support their position in a matter, and most often I do.  But too often I hear the public dialogue becoming shrill.  What I seem to hear is the arrogant voice of my own youthful zeal.  To my surprise, I have discovered the value of caution, of listening, of remembering my connection to even those who I think of as the opposition.

There is more to say on this subject, particularly as it relates to interfaith work, in Part 2 to come. 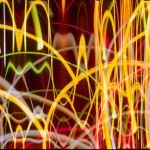 July 25, 2013 Them and Us Part II - The Metaphysics of Unity and Separation
Recent Comments
0 | Leave a Comment
"I do not know how I have not seen this article before. Wonderful to read ..."
Donna Donovan Interfaith in Prison
"David - I am not totally sure if you are the same David who said ..."
T B Interfaith as a Pagan: Assumptions
"Wow - powerful story, Sage. Thank you."
Holli Emore Blood Feud
"On the subject of cutting things out of one's life without understanding how they are ..."
Sage Blackthorn Blood Feud
Browse Our Archives
get the latest from
Pagan
Sign up for our newsletter
POPULAR AT PATHEOS Pagan
1