Them and Us Part II – The Metaphysics of Unity and Separation

Them and Us Part II – The Metaphysics of Unity and Separation July 25, 2013 Holli Emore

Michael Talbot’s 1991 classic, The Holographic Universe, lays out a breathtaking overview of late 20th century quantum physics which reveals the unmistakable metaphysical nature of the cosmos. He quotes physicist Bohm about the “implicate order”– 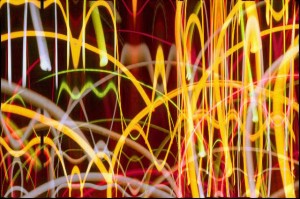 “In the enfolded [or implicate] order, space and time are no longer the dominant factors determining the relationships of dependence or independence of different elements. Rather, an entirely different sort of basic connection of elements is possible, from which our ordinary notions of space and time, along with those of separately existent particles, are abstracted as forms derived from the deeper order.” (Talbot, xv)

Each time physicists identify one subatomic particle, it seems they are soon on the trail of one still smaller and more elusive. When I was in school, it was simple: protons and neutrons in the middle, electrons spinning around them. When I asked my 9th-grade science teacher what those were made of, she elicited a cheap laugh from the class by telling me that I was “not cut out to be a nuclear physicist.” Yes, I had the last laugh on Miz Ruby since news of scientific discoveries soon whizzed past that old model. But leaving the old behind is like jumping into the ocean, giving oneself over to unknowable currents, creatures and forces.

Lynne McTaggart (The Field) describes the astonishing shift in scientific thinking that was already happening before I reached 9th grade, and the accompanying consternation of leading 20th century physicists, as they recognized the shadow of metaphysics behind their science:

“The world of the separate should have been laid waste once and for all by the discovery of quantum physics in the early part of the twentieth century. As the pioneers of quantum physics peered into the very heart of matter they were astounded by what they saw . . . these subatomic particles had no meaning in isolation, but only in relationship with everything else . . . You could only understand the universe as a dynamic web of interconnection . . . The pioneers of quantum physics – Erwin Schrodinger, Werner Heisenberg, Niels Bohr and Wolfgant Pauli – had some inkling of the metaphysical territory they had trespassed into.” (McTaggart, 2002, xv-xvi)

That ever-shifting ocean can be frightening if you like all parts of your life defined for you. The implicate order (that’s all of us and everything else, too) is nothing if not dynamic; neat freaks will soon get pulled under by a rip tide and find themselves far downshore and out of air. By the way, my personal opinion is that all types of fundamentalism come from attempts to keep everything safe in their allotted cubbyholes, a very unnatural approach to tidal waters.

Coming to terms with a quantum world has forced me to change my approach to everything – everything. My health, my spirituality, my relationships, and many things that I formerly viewed as outside of me. Understanding my true interconnectedness with the implicate order means I can no longer use scapegoats to explain things in my life that I don’t like. As McTaggart says, things have “no meaning in isolation, but only in relationship with everything else.” I am in relationship with everything: those I love, those I don’t like, those I can’t stand, and even those I don’t know. We are all in this together.

Why then, am I troubled by much of what I see in Pagandom? More to come in Part III of Them and Us. 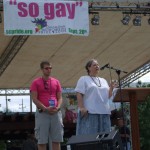 July 25, 2013 The Solace of Holy Stone
Recent Comments
0 | Leave a Comment
"I do not know how I have not seen this article before. Wonderful to read ..."
Donna Donovan Interfaith in Prison
"David - I am not totally sure if you are the same David who said ..."
T B Interfaith as a Pagan: Assumptions
"Wow - powerful story, Sage. Thank you."
Holli Emore Blood Feud
"On the subject of cutting things out of one's life without understanding how they are ..."
Sage Blackthorn Blood Feud
Browse Our Archives
get the latest from
Pagan
Sign up for our newsletter
POPULAR AT PATHEOS Pagan
1