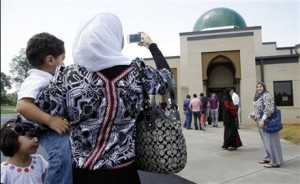 My daughters and I had the privilege of being invited twice to Iftar at the Islamic Center of Murfreesboro (ICM). We had a great time and the food, as always, was superb. The thing that struck me the most about attending is the way we, as guests, were treated. Everyone, and I mean everyone, was generous, courteous, kind, polite, and hospitable. This was Southern hospitality at its best. Or, at least, this is what Southern hospitality should look like. Guests were rushed to the front of the line, at least three people offered to bring me more food, and the lovely woman who sat at our table wouldn’t even let me stack the paper plates up when we were done. One lady handed out jasmine flowers as we left and we were, of course, invited to come back as often as we like.

This could easily have been construed as a disingenuous kind of hospitality geared toward converting others, but my impression is that our hosts were generous and kind because that’s the kind of person a Muslim should be. They were living their religion and there’s no reason not to take it at face value. Even if there is some motivation to convert there, and there probably is, there’s nothing sinister about it. I look at it like this: The group of people that shared a meal with us are on a path that makes them very happy and fulfilled. If there is something that makes a person happy and fulfilled, they want others to have that good feeling with them. When I was growing up, people would invite each other to church for much the same reason and I’ve noticed that people are nicer at the grocery store after church on a Sunday. I sense the same motivation within myself sometimes, too. I admit to being something of a whole foods evangelist and not eating a lot of processed foods is a thing that’s tied up in my religion. Frankly, I much prefer the “be awesome and people will want to be awesome with you” approach to conversion over the “Knock-knock,” “Who’s there?” “You’re going to hell.” method.

One of the more hilarious accusations made by local bigots was that the ICM was to be a “training ground” of some sort, as if the swing set and plastic slide being installed were there for terrorist training purposes. If anything is being taught there, it’s courtesy and hospitality and I, my friends, have been schooled. The South used to pride itself in manners and hospitality and there are many examples across Pagan mythologies where a mortal’s hospitality toward a mysterious guest was rewarded when the guest turned out to be a god. The example of Demeter and Celeus is one that comes to mind. Treat people like they might be a god/dess in disguise and you could be rewarded. Or, to put it a different way, act in a way that acknowledges the divinity present within others. Even if your guest doesn’t turn out to be a deity, you’ve put more good stuff in the world and that’s a reward in and of itself.

If it is that I’m not as hospitable as I could be, it’s my own fault. I’m a Southerner and a Pagan; I should be better at this. I’m not going to convert to Islam any time soon, I get hung up on the monotheism thing, but I do recognize that there are lessons here for me to learn. Our religious and spiritual paths inform the way we act toward others and our actions reflect upon our religions. Skillful action reflects well upon one’s religious group and unskillful action reflects poorly. While I’m not interested in converting others, I do want to be a good example of a Pagan in general and a Hellenic Polytheist in specific. To that end, I want to be more courteous and hospitable toward others in my own Southern Hellenic Pagan way. 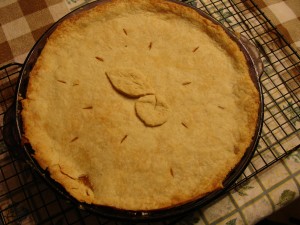 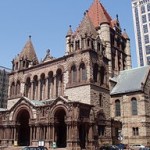 August 7, 2013 Them and Us Part III: Common Ground
Recent Comments
0 | Leave a Comment
"I do not know how I have not seen this article before. Wonderful to read ..."
Donna Donovan Interfaith in Prison
"David - I am not totally sure if you are the same David who said ..."
T B Interfaith as a Pagan: Assumptions
"Wow - powerful story, Sage. Thank you."
Holli Emore Blood Feud
"On the subject of cutting things out of one's life without understanding how they are ..."
Sage Blackthorn Blood Feud
Browse Our Archives
Follow Us!