My personal and professional life have been keeping me pretty much disconnected from my usual routines, and to be honest, I didn’t know what I wanted to write about today until I noticed the date:  August 5th.

One year ago today, a gunman opened fire in a Sikh gurdwara killing six worshipers and then himself.

I can honestly say that I cannot even begin to understand that experience.  When I was practicing Judaism, there were occasions where our synagogue was vandalized with swastika or other anti-Semitic slurs, and while obviously that’s not a good thing, it’s more than a hop, skip, and jump from occasional vandalism to a mass shooting.

Shortly after the shooting, a gurdwara in the Boston area threw open its doors and invited members of the community to join them at their weekly prayers and, following those, for langar in their community hall.  It was my first experience of Sikh worship and it was beautiful.  During the service, visitors from various religious and non-religious communities stood and spoke with the Sikhs in attendance but also with each other as we contemplated what it was to experience such violence and, more over, to come together in healing afterwards.

I don’t know if the event at Trinity Church came about as a result of people meeting at the gurdwara, but regardless of how it was conceived, hundreds of people attended the ceremony.  Jewish, Catholic, Muslim, and Protestant leaders in Massachusetts once again stood in that august place and reiterated their commitment to standing together despite our differences.  And those differences were apparent in the audience.  I, for example, spent much of the evening sitting with members of the Humanist Community at Harvard whom I had met before and hitched a ride with congregants at a local United Church of Christ.

Unfortunately, what started that night at Trinity Church has somewhat fizzled.  There’s an irregular Facebook group that some of us still use to try to keep in touch and stay informed on matters interfaith but like so many events in our history, the mundane overtakes the exceptional and life returns to a plodding status quo.

I was recently lucky to have the opportunity to hear a speech given by a member of the Sikh Coalition. The Coalition began in the aftermath of September 11, 2001 as the Sikh community saw a rapid and unprecedented rise in violence.  They’ve worked tirelessly to turn tragedy into opportunity and they’ve met with great success.  The information and success stories shared with us by a coalition representative were underscored, however, with the motivation for their efforts: violence against Sikhs.

So, other than a (hopefully) charming story about a day in Boston, what’s the point?  In sort: to persevere.

While the Pagan community doesn’t see violence on the scale of mass shootings, we end up on the receiving end of situations more like what I faced as a young Jew.  Hurtful words, said in jest or otherwise, while not as egregious as a mass shooting, when sustained over a long period of time, can have an eroding effect on the confidence and security of a community.

We’ve seen that success can be had in the face over violence, physical or otherwise.  We saw it recently in Florida when a Summer Solstice celebration was opposed by other members of the community.  Peter Dybing, Pagan superhero, was sent as a member of a task force organized by Circle Sanctuary and the Lady Liberty League to Florida to work with people there to help bridge this gap of understanding.  Their efforts were successful in that an agreement was reached that no further protests related to the celebration would commence.  They persevered and, in some small way, fought the plodding status quo and, in so doing, changed life for that community in Florida.  And, with luck, next year’s celebration — if there is one — will be organized much more smoothly.

Religious guidelines with respect to their dress and the geographic heritage of many of Sikhs make them easily recognizable as the Other.  Pagans are, by and large, not as easily recognized as a religious minority and thus is could be said that we have a much easier road to walk than some.  Nevertheless, the examples above showed Sikhs opposing violence against their community and Pagans dealing with threats against ours and, individually, our communities have overcome these situations.

These successes make me wonder how things would be if we worked together more regularly than we stood apart. 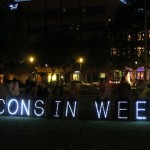 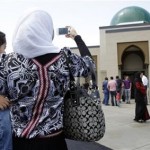 How to Do Paganism Wrong –...
John Beckett
Related posts from Wild Garden