I know, I know. This is going to sound harsh. But after two decades of hoeing a tough row in the interfaith fields, I have finally gotten to a place where I can follow Nancy Reagan’s advice and Just Say No.

I initially entered this rough-plowed field out of a sense of self-preservation. As a minority religionist in a culture where the majority doesn’t seem to mind throwing its weight around, I thought that if people in other religions actually knew someone who was Wiccan, they’d mellow a bit. I am one of the most harmless-looking people you can imagine and when I started this work I was in my mid-30s with a small child. I would speak to any group that wanted to know more about “Earth religions” and I think I’ve been a good ambassador, for the most part.

But when my community needed the support of the majority religion, there was little to none. O, the local Catholic priest came by to commiserate and the rabbi at the conservative synagogue told me some funny jokes. But that was it. No one calmed down the hysterical rightwing masses. No one had my community’s (or my) back.

This pattern was repeated twice more. We’re pretty easy targets here in the Southland and things keep coming up where a few careful words of support could have made a huge difference. But those words didn’t come..at least publicly, where they could have helped.

So I have set some better criteria and boundaries for my continued work in these stony fields. Yes, I am still happy to talk to almost any group that wants to know more about my religion and the ways I practice it. Yes, I will participate in panels where they bring in a couple of tokens from the “weirdo” religions just to up the audience numbers.

But I don’t want to learn about other people’s religions anymore. I think I know enough about the mainstream religions to be respectful and know how to greet them on their holy days. That’s enough.

I want to engage with people on projects that help the community, that heal the soil, that stir our sense of fair play and justice.

Come and build a house with me. Or create an organic garden with me. Let us work, shoulder to shoulder, for justice and fairness. Together you and you and I can be the good change that our society needs to counteract all the toxicity and the ills that we all inflict, whether through malice or neglect.

But don’t ask me to discuss the Palestine/Israeli conflicts again for months on end. Because I won’t. Not again.

Time is precious and there is real work to do. 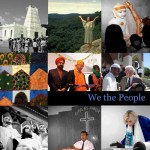 August 21, 2013
On Common Ground is Powerful New Resource
Next Post 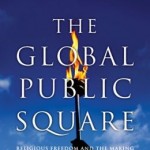 August 27, 2013 The Global Public Square
Recent Comments
0 | Leave a Comment
"I do not know how I have not seen this article before. Wonderful to read ..."
Donna Donovan Interfaith in Prison
"David - I am not totally sure if you are the same David who said ..."
T B Interfaith as a Pagan: Assumptions
"Wow - powerful story, Sage. Thank you."
Holli Emore Blood Feud
"On the subject of cutting things out of one's life without understanding how they are ..."
Sage Blackthorn Blood Feud
Browse Our Archives
Related posts from Wild Garden