Patheos has an ambitious mission:  to host the conversation on faith.  It’s right there in the header on every page of the site.  In part, this it’s a motto, a tagline, and a marketing tool to quickly help people understand what they’re going to get when they visit the site.  But it can be more than that:  it’s a reminder to all of us that this site is  meant to be a conversation and not a lecture.

One could  learn more information about the various faith traditions represented by Patheos by visiting the Great Courses and grabbing yourself a historical, academic video related to your religious or philosophical interests.  But, lectures, while informative, don’t nourish interplay between the sage on the stage and the masses at eir feet, as a former professor of mine put it.  That interplay, that conversation, is what Patheos is here to facilitate.

That the Patheos team hasn’t tried to specify and/or limit the conversation that we’re having is to be lauded.  They know that there are going to be moments of friction between the different channels; they know that things will be said that may cause offense and indignation.  But, they also know that to try and separate appropriate content from inappropriate would, I think, be the death of the site.

The team has set the following two goals (among others) on their About Patheos page:

In these statements, Patheos reveals its understanding that what we’re here to talk about is of deep importance to each of us.  We’re talking about the very foundations of our understandings of the world.  And whether we consider those foundations to rest on the backs of prophets or philosophers, priests or poets, they are part of the very make up of who we are and how we present ourselves to the world.

The first statement shows us that humans are, at heart, a somewhat curious species.  We may have every certainty that our way is the Best Way, but there’s still the desire to try to learn about the ways of others.  The second recognizes that when you throw these foundational narratives into the same space, there’s going to be friction.

I do find it interesting that statement #1 refers to a “safe and welcoming” environment while the latter calls it a “fair and welcoming” one.  Let’s assume this was intentional and look at these three terms (safe, fair, and welcoming) individually starting with “welcoming.”

This past week saw some that friction on the Catholic channel.  Father Dwight Longenecker of the Standing on My Head blog wrote two pieces that raised the eyebrows of many, both Pagans and non-Pagans.

There’s an argument to be made that the Father’s statements were (intentionally) inflammatory.   But, I think it’s also possible that they were based on stereotypes built from popular culture and some ignorance of modern Pagans and Paganism.  By sharing this content with the world, Patheos creates a space where all visitors can access the ideas expressed by its authors, even those ideas with which they may disagree.  In this way it is welcoming of all visitors, meeting its goal.  Those who are made to feel unwelcome as a result of the content, have the means to contact Patheos, the author, or–should it be necessary–other authorities.  Primarily, they can do so via the comments they leave on the very articles themselves.  By providing such a mechanism for discussion, Patheos welcomes not only the ideas of the author but also those of the visitor.  Disagreements happen, and they’re going to happen here, but dealing with those disagreements makes us all stronger; by inviting us all to approach our differences, Patheos welcomes not only visitors but hopes for those visitors’ growth.

Furthermore, if a goal of Patheos is to be welcoming, then that means it must be welcoming not only to those who visit the site but also to those who write for it.  To limit our options to only those that are least likely to cause a problem, many of the truths that we all hold so dear would be off limits.  Considering there’s an atheist channel mixed in with a whole bunch of theists, there’s quite a lot of truths on which we disagree!

Fairness is a harder situation.

From the site and the author’s point of view, any form of limitation or censorship would be unfair.  Who would judge the fitness of an article?  Can that person (or those people) be trusted to remain impartial even when challenged by content with which they fundamentally disagree?  One person I spoke with last week suggested an public voting system; get enough down-votes and the article is removed from the site.  Seems like a workable solution until you imagine the ways that this voting system could be abused.  Even simply looking at the differences in population between members of the various faith and philosophical traditions represented on the site makes it pretty clear that a public vote might not always work out.  Considering the Patheos team is a wise bunch, I suspect an appeals process would be needed to help address those cases when the panel (or public vote) censors the content of the site.  All of this work would have to be handled by Patheos staff and, at the moment, I’m fairly certain that there aren’t any spare humans laying about at the Patheos offices ready to handle this additional workload.

Understandably, Patheos has, instead, opted to allow all authored content as the only way to ensure fairness toward us.  But is this fair to the visitors?   I say: yes.  Let’s consider that the removal or limiting of others’ choices is inherently unfair.  Therefore, in fairness, Patheos should allow each visitor to determine for themselves whether or not they find content objectionable.  The only way to do that, is to allow them access to the content produced on the site.  Limiting access to some of that content would be, from my point of view, the unfair act.

I’ll grant you that it is easy for people–both visitors and authors–to abuse each other in print online and fairness is not always served by offering a megaphone to anyone and everyone.  For example, I consider it egregiously unfair that a woman seeking health care at a reproductive clinic must do so while dealing with the shouting mob of those protesting such a clinic’s services.  In short:  more words do not mean more fairness.  But, fewer words are, in my opinion, almost universally less fair.  Given that, we can err on the side of more words and hope that the better angels of our natures help us to keep things under control.

So, we come to safety.  Would it create a safer environment should Patheos seek to limit the content on the site?  In this case, I think it’s important to try and determine what we think of as a safe space online.  In the physical world, safety is a more easily defined term, I think.  But online, the anonymity that we can create when engaging with others makes that safety a little more vague.  Like with fairness, I don’t think simply being exposed to objectionable content equates to a lack of safety; reading the thoughts of those who disagree with me doesn’t make me less safe in my person or property.

So, if we’re not talking about a lack of personal, physical safety, what then do we mean?  More likely, we’re dealing with something akin to a space where everyone is able to share their own point of view without being made to feel unwelcome or uncomfortable.  Here, if anywhere, can an argument be made that articles like Father Longenecker’s could be construed as unwelcoming and they certainly made some people uncomfortable.

But here’s the thing:  it would be very difficult for Patheos to determine what content would create such feelings in its visitors.  Even in the pieces linked above, there were those who found the Father’s statements comfortable, affirming.  Or, I thought that Erick DuPree’s inaugural post on our Agora was quite well stated and not the least bit objectionable; at least one other person did not and raised eir points in the comments in disagreement with Erick and others.  In short, it would quickly become untenable for the site to try and predict how we would feel about its content.  In the end, only the most vanilla, uninteresting content would be left and, frankly, there’s not much “there” there to talk about.

No one can deny that Patheos exists as a balancing act between the different (and at times mutually exclusive) truths of our various faith and philosophical traditions.  In this way, the site mirrors the rest of our world.  As that world shrinks ever smaller, as our words can touch so many more people and our lives can include them in ever greater ways, it’s inevitable that we are going to disagree.  By allowing its authors to write about what matters to them, Patheos knows that it’s inevitable that these disagreements will appear on the site from time to time.  There’s no way that you can cram (to date) atheists, Buddhists, Catholics, Evangelical Christians, Hindus, Jews, Mormons, Muslims, Pagans, Progressive Christians, and those who are spiritual but not religious together on one site without them.  These disagreements crop up even within faith channels not just between them!

The world is a messy and sometimes disappointingly objectionable place.  To hide from that reality, to try and smooth out the bumps on the roads that we walk, would be a disservice to all of us especially if it would leave us unprepared to deal with the very real disagreements that we would encounter elsewhere.  Knowing this, Pathoes “[does] not sand off the rough edges,” as they put it on the About Patheos page.

I would have it no other way. 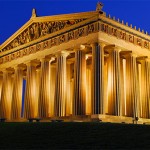