Game of Thrones as Ritual

You probably clicked on this blog post expecting some kitschy words about Jon Snow or the GoT fandom, both of which I love, by the way. But no, I am very, very serious about this subject. As we approach the last of these seasons of Game of Thrones, it has occurred to me this show has indeed become a ritual for me, personally. Sure, it has all the witch-y and pagan-y elements that makes our collective hearts sing. This also applies to any fans of dragons or fantasy, or any well-made production. Yet there has always been more to this show than mere entertainment. And this season really resonates with ritual potential.

It is the culmination of the series, so you sense and know the end is coming, yet it is unknown. There is rejoicing at being reunited back in that world, yet sadness the end is nigh. It is part of the cycle of life, each show season. So in the Wheel of Life, can we celebrate this show with its own ritual? I believe we can, and I offer my suggestions below.

First, I would create an altar, noting all four elements (North/stone or Game of Thrones Tarot Card, East/incense, South/dragon or lit candle, West/water, wine or mead). Use any memorabilia you have, any items that remind you of the show, wear your most festive attire. Get that crown out, or your baby dragons.

If you have the Game of Thrones tarot deck, do a quick reading for yourself before the show. Have the cards available so you can do readings for the characters if you’d like (I’ve done some for Bronn, whew!)

Next, there is the new introduction:

I can’t think of anything more epic in calling the directions than these stunning maps of the seven kingdoms of Westeros. There are seven, which are more than the four directions we call, but I feel comfortable picking my four favorite kingdoms, and you can certainly mix it up each episode.

The circle is open, and the workings begin.

Let me begin by saying when I was first introduced to Game of Thrones, I was not prepared to like it. But from the first view of Winterfell, I was hooked. This is me, who despises winter, complains all winter long, has a bear as a spirit animal, promptly pledging to House Stark and longing to be in that place of endless winter. Maybe it was Sean Bean as Ned Stark, yet it was much more. It was family, community, loyalty, a code of ethics, and valor. These seem in short supply nowadays. And in the midst of all that, horrible people acting horribly as they do in our present world. I have introduced other people to Season One, thinking to myself, “Oh, they won’t like it, they won’t get it, too much gore and sex…” And off they went to binge watch the whole thing, and are now as devoted as I am.

The heart of each show is a dilemma, the drama, interpersonal interactions, and some shadow work. It can really make one think, apply to yourself, and make you review your own standards. You will probably pick a favorite character (mine is Tyrion), and follow along their journey to see what happens next. Isn’t that the core of ritual? You make choices, you do the work, and you await the outcome. What energy is moved during that time? What is being attracted or repelled by their energy? It makes you look at each episode more intently. That is the core of ritual work, making things happen, working towards desired outcomes, and working on ourselves or others. Dive deep with each episode that resonates, and see what comes up for you.

There is celebrating, even in the darkest of times. Family reunions, overcoming obstacles, surviving another day, being reunited with your friends. You drink and you know things (thanks, Tyrion) People do dastardly things on the show, and there are forces of good that move against them. Sometimes forces of darkness, because yes, there is balance to be strived for, even in the Seven Kingdoms.

Next, and this is in no way an endorsement pf products, and you can substitute whatever you would like for cakes and ale, but look at this:

Wine is also good, in honor of Cersei, or you can substitute mead or beer, and add your own cakes to the mix. Get creative, find Game of Thrones recipes or cookbooks, and enjoy.

When the show is over, don’t hurry and open the circle just yet. Stay and watch the “Making of” or “behind the scenes” vignettes to get into the background of the episode. Ruminate on this some more.

Then, open the circle. Leave the sacred special place that is Game of Thrones, and like all good workings, take that magick into your week with you. Valar Morghulis, my friends. 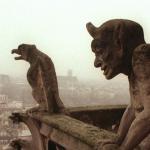 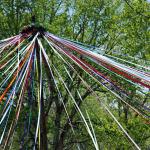 get the latest from
Witch, Indeed
Sign up for our newsletter
POPULAR AT PATHEOS Pagan
1 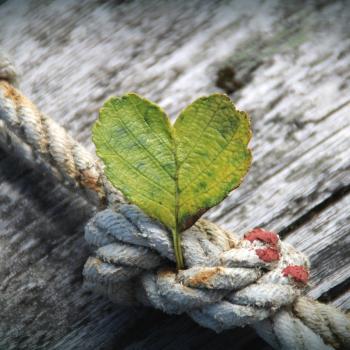 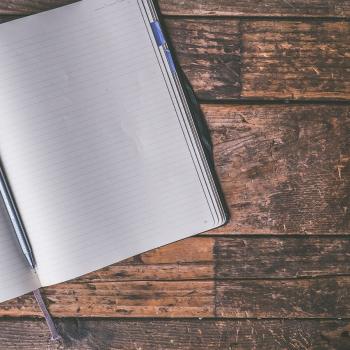 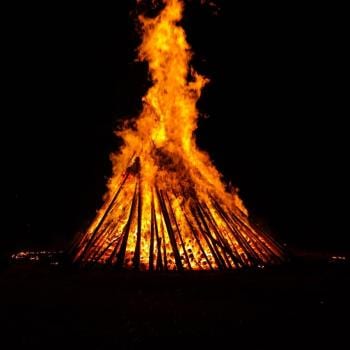 Pagan
Celebrating Midsummer In A Time of Unrest
Witch, Indeed 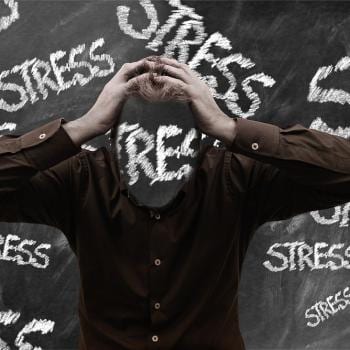